Menu
Install the app
Sidebar
You are using an out of date browser. It may not display this or other websites correctly.
You should upgrade or use an alternative browser.

Every day I am fielding questions regarding ballistic software. The problem is, people, go out to the range with software in hand and can’t quite understand why it is not matching up, or they have trouble “truing” it after the fact. Not all, some find it pretty straightforward, but the Sniper’s Hide Forum is full of people struggling with ballistic software errors.

There are several reasons why software may not line up correctly, but part of the problem is using the software first and not doping the rifle before exploring the ballistic solvers. When using the software before shooting, I call anything the computer spits out as “Try Dope,” because you are just trying to touch the target, not much more. It’s not practical to expect 1 MOA accuracy beforehand. Remember, manufacturers drop data was designed to get you on an NRA 6×6 target board; it was up to the shooter to fine tune that drop to hit the center. We never questioned it, and we just knew we needed to put in the effort. It’s just a starting point.

My argument has always centered around the human factor. No amount of tinking with software can account for the human element, and this has a much bigger say as to where the shot hits versus a new solution. I have heard several times that what testers see in a fixture was not what happened when they put a shooter behind the rifle. It comes down to recoil management. It’s why one shooter will hit using Solution A; the next shooter needs Solution B or C. How they manage the recoil matters, It’s why your zero and your friends zero are inches apart. No software out there considers you; it only finds an empty, near-perfect world.

The next problem is the promotion of “drifts,” we have a lot of new data that points to a series of drifts that can affect the placement of the shot. The promotion of these is a relatively new phenomenon. When I went to Sniper School back in 1986 we didn’t worry about Spin Drift, (wasn’t even mentioned) we didn’t worry about Coriolis, Cross Wind Jump, or any of the other examples we see today. Baron Roland von Eцtvцs, who the heck is that guy? In all, we have about 4 Drift factors that are discussed, and some people start employing a correction for them as close as 400 yards. Am I saying they don’t exist, no, but I am saying they are blown out of proportion? I think much of it is used to take the blame away from the shooter.

Here is why:
If we gather our Dope by walking our shots out, actually shooting each yard line distance and recording the data we include everything. All the drifts are in that number. There is no such thing as a “No Wind Day” if you experience one consider yourself lucky, but practically speaking, no wind doesn’t exist. If it did, Coriolis would not exist. So under normal circumstances, we zero and dope our rifles with everything already included. Then when we go to our “Data on Previous Engagement” it’s taking into account these factors. If today I am shooting to 1000 yards and used 7.4 Mils to hit center along with .75 Mils of wind for 5 MPH breeze, that assumes all the drifts and drop data is in there. If conditions change because of the location or atmosphere, a computer will help account for it rather than the old, outdated rules of thumb, but still, hitting the target usually happens. We see this every week in tactical rifle matches around the country. Guys travel from their home location to ranges 500 miles away and hit. Why do they hit, they practiced and recorded their DOPE. Talking to several high scoring PRS Shooters, they strive to nail down their data so elevation is a given and their only question becomes the wind. In known distance courses, they consider this information their zero data. They essentially re-zero the rifle for each yard line.

Now the wind is the most significant drift factor we have and actually will offset some of the other drifts. It depends on the direction and speed, but it will cancel out or increase several of the other factors. So, it’s essential to understand the wind. No dispute, you need to know what is going on here as it can control so much of how we hit the target. That includes elevation changes. It’s not unheard of to have a terrain feature in or around a specific yard line that causes an elevation issue, so even if everything with the computer lines up, your 700-yard Dope is off because the wind changes the flight path. It often has people scratching their heads. Why does that one range not line up, well it could be the wind.

Still, if we recorded our data, we know what the wind was doing, so if we doped the rifle in a 5 MPH wind, going to an 8 MPH is not like starting from zero. While they might say an 8 MPH wind will move the impact .1 Mils up or down, it’s only 3 MPH we are dealing with. We already accounted for 5 MPH, so why add 8 MPH on top of the 5?

If you’re modeling the shot on a computer, I can see the importance of all this. However, it’s not the same as shooting it. Not to mention, we miss out of adding our spin to the bullet. Weak fundamentals will NOT line you up with the model. If you are adding .2 Mils of trigger hook to your shot and you want to call it Spin Drift, well okay, I suppose you can, but are we talking about the same thing. Why did I not use any, and you are using .2? Why is my wind call 1.5 Mils to hit the target and you are using 2 Mils to hit the same target? This situation happens every day, who knows maybe they are canting the rifle?

The point is, while all these effects exist, they are not equally distributed among the shooters. We all release the shot in our own unique way. So before you go adding all the drifts to your ballistic solver, try doping your rifle first without any software. Develop YOUR Dope to distance and record everything, then True the software to what you shot rather than worrying about what the computer said before your first round went downrange. After, go back and line the solver up. I think you will find the variations are much smaller than you realize. Solid Dope is hard to argue with as we all know the bullet has the last word.

There is no disputing what others are saying; there is a debate about how much it affects us at the target. All I am saying is, “it’s already in there” especially if you dope it first. One of the reasons why when truing the Kestrel, they ask you to remove the drifts before performing this function. They center up the wind, and they turn off the drifts, it’s at this point you true your software. 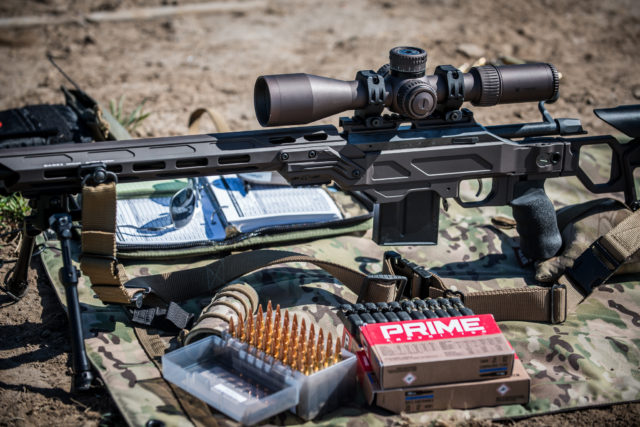 A lot of our head goes into shooting a rifle. The human factor is the most significant variable we have to combat. Next, to the wind, it’s the number one factor. The fundamentals of marksmanship guide us in so many ways, and deviating from them can cause both vertical and horizontal variations in our shot placement.

I recently did a private lesson for a gentleman who shoots for a living. He ran into an incident where his confidence was shaken and needed a fresher course. Immediately during our “fundamental evaluation,” I noticed one of the problems, and the effect was, his initial zero was off by 1.5″ from the center. He was hitting low left off the target. We worked on his fundamentals together, and after only 40 rounds, we were ready to head home. Before leaving the range, I had him check zero.

His zero was right back to the center of the 3/4″ dot we were shooting, and we never adjusted his scope. That mental mistake was costing him 1.5″ at 100 yards.   It’s important we get out of heads sometimes. If you shoot alone, you end up making numerous adjustments on the fly, never stopping to analyze the cause and effects. So here I want you to take the time to shoot distraction-free for a few series.  Put down the phone, move the target back and paint it a dark neutral color, or better yet, shoot it on paper where you cannot see bullet holes, and focus on your fundamentals.

Paper beyond 400 yards is the best solution, this way you get a mix of elements at play, and you should not be able to see the holes appear.

Start off by doping your rifle, both windage, and elevation and do this based on your standard wind calls. In other words, don’t do anything different. It’s best if you engage in this drill first thing, so the calls are not only blind but cold. 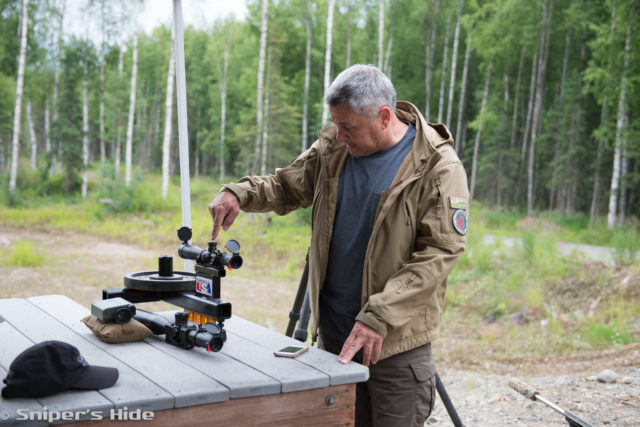 Focus in on the target and shoot your group, slow fire. Focusing on body position, use of the support hand with the rear bag, and most importantly trigger control. If need be, record your “Call” for each, but if you break your position, be sure to reset it properly and don’t just roll into the next shot.   Then, go downrange and analyze your target. Look at the group, determine its center, and see how that measures up to your Point of Aim. Look at the horizontal spread and distance from the center. Has the group moved with the wind or against it? Does the group appear open and strung out, or tight and just compensated for by the wind call? All this information should help build confidence and fine tune your DOPE.

If steel is all you have, make sure you paint the plate a color where the shot groups don’t show up as well. Sure, you’ll still hear the hits, but you’ll hopefully refrain from making those micro adjustments that center you up. In a word, don’t chase the impacts.

Dope your rifle first and try shooting distraction free. Keep your head out of the phone, and focus on the fundamentals of marksmanship.