There is something about shooting at extreme distances. If I post a video of me shooting a target at 1000 yards, I get one very measured response. Post the same video at 2000 yards and the crowd goes wild.

Extreme long range shooting captures our imagination in a way few things do in life. I try to keep my finger on the pulse of the ELR Community by attending shoots and taking advanced training such as the Gunsite XLR Course. I just returned from there a few days ago taking my custom 300 Norma Magnum out beyond 2000 yards. 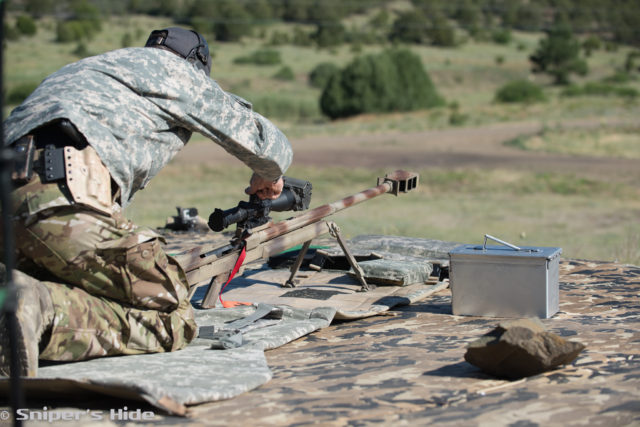 Being successful at ELR distances is a lot of work and even more money. Not only do the rifles cost more, but the ammo can exceed $8 per round if done correctly. Finding a suitable safe location is also a crucial consideration to make. These rifles will shoot far, and by far I mean miles so before you launch at .50 Cal round at your local short range, please follow and understand the firearm safety rules and know your impact limits, what we call the SDZ.

Before jumping into this discussion, let’s go over a few things I want to consider:

1. The range you want to engage targets at effectively
2. The caliber to accomplish this feat
3. The Rifle and components to safely fire this hand cannon caliber
4. The Optics to reach out this far, it’s not about magnification it’s all elevation.

Finding the range to shoot at is the first thing we need to talk about. Here out west, we have a lot of empty lands to shoot on. My personal range goes every 100 yards to 1 Mile from the firing line. Back off the firing line and I can easily shoot beyond 2500 yards. We have 1000s of acres of farmland to access. Still, safety is critical, always be sure of your target and backstop you own the bullet until it comes to a complete rest. That might be several seconds after the shot is fired.

There are a lot of ranges out west and even down south that focus on ELR Shooting. Seek out these locations as it’s the best route for an enjoyable time on the range. The layout and planning have been done; the large, heavy targets are put in place. All you have to do is pay your fees and show up.

The next step is to choose your caliber. I put my primary focus on the caliber over the rifle system first. The ammunition is the most important consideration for accuracy when shooting Extreme Long Range Distances. You need reliable components, assembled and executed in a way that lowers the Standard Deviation down to the low single digit numbers. This can be expensive so be prepared. Once that initial sticker shock as passed, get educated on all aspects of reloading. The most successful ELR Shooters are handloading, which is not to say you cannot purchase factory loaded ammunition. I find factory ammo a excellent starting point for a lot of people. Since we eventually want to reload it’s worth keeping that brass and understanding the specs of the cartridge as it can form a blueprint for guys just getting into the ELR Side of the sport. 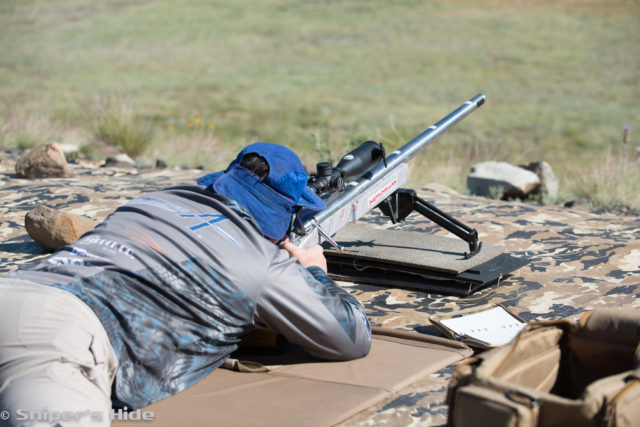 The rifle system, do you go the custom route, or is it better to use a factory offering? Consider a switch barrel set up like the new Accuracy International AX50 or the well established Desert Tech HTi system. Sure you might spend a premium a factory rifle such as these two champions, but being able to choose the caliber and switch for various conditions is never a bad thing. Spend $10,000 and have a multi-caliber rifle versus buying custom and decided that was not the best decision made absent any real intel.

I am currently working with the Desert Tech HTi in both .50 Caliber and 375CT two of the most common choices out there.

Be sure to pair your new hard charger with a bipod suitable for the platform. These are much bigger and heavier weapons systems so your $89 Harris bipod will not cut it. Now we start to explore the bipods in the $400 to $500 zone. It’s all part of it.

Finally, you need a telescopic sight for the system. Many shooters will often default to scopes with more magnification thinking they need to “see” more, but this is a mistake. You need to dial more and see less. The more air between you and the target, the more chance for distortion in the air. By distortion consider the case of mirage due to the ambient temperature outside. Remember we are out in an area with more land, they tend to be hotter, so that means mirage is in our way. The more magnification you use, the more you multiply the problem. Even shooting ELR Distances, I rarely if ever go above 25X on my scopes. Instead, I need elevation because bridging the distance means dialing on more dope.

I focus on the big players, the Nightforce, the Schmidt and Benders. Even Vortex with the Gen2 Razor has over 30 Mils of elevations. These scopes along with the mounts used will determine just how far you can successfully shoot. Look up the elevation specs of your chosen optics and then realize you want a mount with a minimum of 40MOA built in. In most cases, guys go even more, or they opt for the adjustable mounts like the ERA-TAC that lets you adjust it from 0 MOA to as much as 70 or more MOA. Once that is set up, you can then look at your situation and decide if you want a Charlie TARAC Unit or what I call a “Taco Unit” for extending the elevation. Essentially, it’s a periscope with a built-in or adjustable amount of elevation to bend the light so you can shoot farther. Using a Taco Unit was able to take a factory 338LM rifle with factory Ammo and a 100 yard zero and shoot to 4000 yards in the New Mexico desert outside of Roswell. It’s one of the best products to shoot ELR with and cost less than your average scope. It’s become a staple at the ELR Events.

ELR shooting is about data collection. 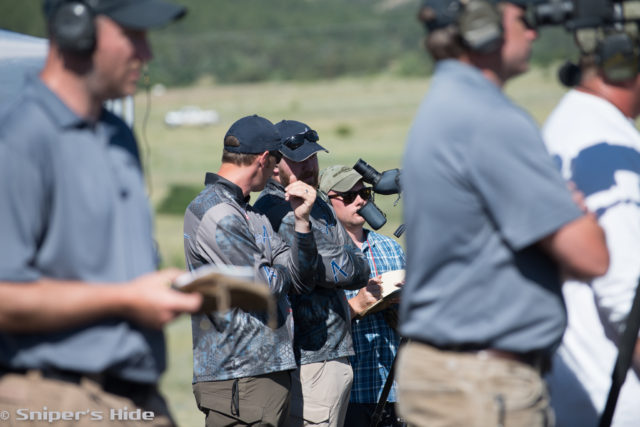 From the assembly of the ammo to recording the details of the system, it’s about the data. We need to know as much as possible about the system as we can. In most cases, we are gonna be shooting into the transonic region. That means the bullet will be going from a supersonic projectile to a subsonic one. In that transition a lot can happen so we want to be ready. Data, data, data, collect the data, analyze the data, in order to repeat the results under conditions you may not be able to see, let alone record.

When shooting to 4000 yards with a 338 Lapua Magnum the bullet was 1500 ft above the line of sight. You have no idea what is happening that high up in the air. So we have to understand the variables to a much smaller degree. It’s one of the reasons why we see guys shooting every shot over a chronograph. You focus on the smallest standard deviation possible but you still don’t know how fast that bullet will be going without recording it. This tells the shooter and spotter how to correct. If the round is outta spec, you have to dismiss it and not correct off its results.

My final piece of advice, take your time and go slow. ELR Shooting is just like a drug habit. It’s pretty funny to see a guy shooting beyond a mile who is so close but not quite there. The drive is to fire just one more, just a few more inches to get that hit, just one more shot and it’s there. Nah, don’t do it, pace yourself, give yourself no more than 5 rounds in any one sitting before sending that next flurry of copper downrange. Shooting 194 rounds to get 1 hit at 3850 yards is not accuracy, it’s not precision, it’s artillery. 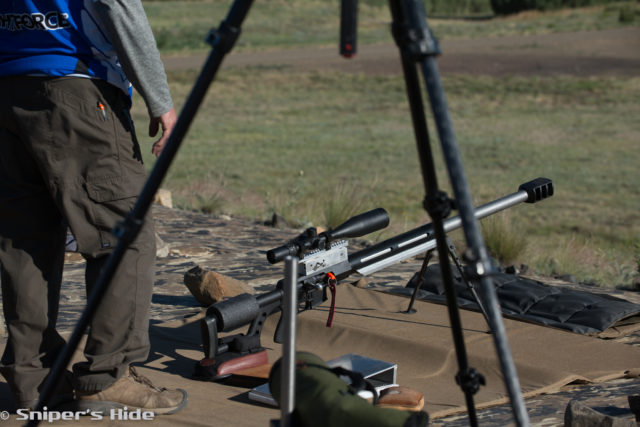 As part of the ELR Community, we are looking to standardize the process and eliminate the cherry-picked results. The standard has now become focused on accuracy and precision. The target is a standardized 36 inches square. No sheets of plywood to create a wall. And now for the hard part, what is considered a personal record:

The goal is to arrive on location, with no prior practice that day and lay down 3 hits from a cold bore. You are allowed to try more than once in a day, but only after a 4-hour gap in the attempts. You get two tries a day to accomplish this feat, and this is the way most ELR Competition are looking at the results.

Head over to places like ELRHQ or ELR Central for more information.

ELR Shooting is fun, it’s addictive, and it adds several layers beyond your current shooting goals.