Hello All,
This seemed like the closest board to post this, if not, please let me know which one would be better, and I will move it.

A while ago I saw the Sharps Brothers lowers and couldn't resist, thinking at some point I am going to build an AR. Well, some point is here, and I am actively trying to build that AR but the first thing I learned was actually how little I knew. I have learned a lot in the last couple months and am getting closer to getting it started. Although the concept started on a "this will look bad ass" (to me anyways) note, I really do want a rock-solid functioning firearm as well. I had a few parts and have purchased a few more and would really love to get some feedback on what will make the best 300 blackout pistol.

You will notice I have multiple parts from different manufacturers, that is partially some stuff I already had and some of me chasing advice that later someone seemed to have a better argument to go a different route.

Here are the things I already have and really want to build around (End product a 10-to-10.5-inch 300 blackout pistol.):
The Jack (AR15) Gen 2 Lower Cerkoted distressed white
Unique-AR's heatshield, One Shot rail (9"), one shot buffer tube


Here is the balance of the items I have, I would be interested in any feedback on what to use and not use, and what would you use instead (and any suggestions of things I haven't thought of):
BCMGUNFIGHTER™ KAG - 1913 Picatinny Rail Version - Black
BCM® M4 Upper Receiver Assembly (w/ Laser T-Markings
BA AR-15 Enhanced Upper Receiver

I want to add a suppressor also but haven't even started that research yet.

I just bought one of these, and their Nitrided 5.56 BCG, and their Breach charging handle, and stuck it on a PSA lower I had sitting around... So far, this is a damn-accurate and rock-solid setup. I'm very happy with the accuracy, fitment, and function. 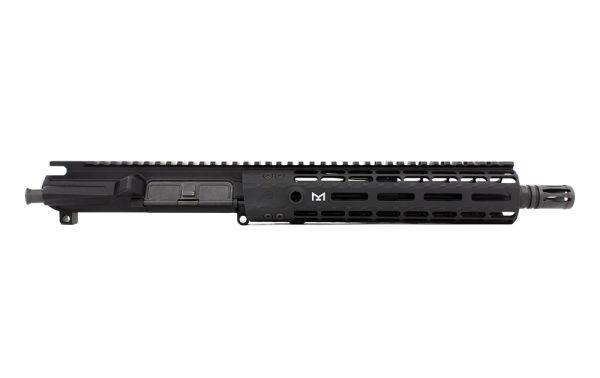 Here's a video of it functioning with a few of my suppressors...

Don’t buy anything. I didn’t comb through your parts list, but am assuming you have everything to build a complete firearm. Put it all together and go to the range. Advice here can easily get you to spend 3x what you already have, and you still won’t be any closer to a functional gun. Build it and shoot it. Come back if you experience issues. If you have issues with the build, come back with specific questions.
Reactions: greentick, r.tenorio671, mhodgdon and 1 other person
Show hidden low quality content
You must log in or register to reply here.

Talk to me about gassing and buffering LR-308