Several years back, my son found a listing on the Gun Auction site for a Remington 541S rifle. There was a picture posted, but it was quite fuzzy, and the listing was in the wrong classifications. There were no bids, and I could make out that there was a bull barrel on it. So I took a chance and bought it. We got it for less than 400 dollars.
I really did not know what we had, until it came in. The rifle has a bull stainless steel barrel, a large non-stock bolt knob, inletted detachable sling swivels, the checkering has been expanded and refined by hand. The bolt has been jeweled, along with the magazine follower. The rifle trigger guard metal has been welded into one piece, and highly polished blue. The magazine release has been altered with a piece of metal that is grooved for finger traction. The magazine is adapted from a Winchester 52. The action has been neatly bedded, and the trigger breaks at 1 and a half pounds. There is a very nice chunk of rosewood on the for-end tip and the grip cap. I had forgotten about it. I tried it for a few shots years ago, and put it into the safe. It languished there with the rest of the gang, because of the amount of time I spent at work. I rarely could fit a shooting session in. When I retired, my wife and I planned to travel some. We travel quite a bit. We go to the doctor, the MRI appointments, the CT scans, therapy sessions, the pharmacy, the surgery center, etc. You get the picture. Now I have a little time to shoot, but things will get hectic again.......back to my rifle !! This is a jewel, but I honestly don't know anything about who the builder is, what brand of barrel is on the rifle, or anything. I was going to try to use one of the later magazines made by Trekker, or one of my mags made by John Reid, but there is a spacer block spot welded onto the action. I want to get that out of the receiver so I can go to the new mags, as they not only look better, but I am sure they will work just as good as the magazine that came with the rifle. The action is slick. The bottom of the barrel is marked A0023403, it is stainless, full bull at the receiver, and it tapers ever so slightly at the muzzle. Is there anyway to find what brand of barrel it is ? I hope to get to shoot it in about 6 or 7 days, as she who must be obeyed has cataract surgery coming up, and will require my constant attention for a few days. Thanks for reading my ramble, and I will keep posted how the rifle shoots........I bought a lead sled finally. You know what will happen........I will get all these old antiques shooting, and then have to go back to work due to the inflation ! Ha !
Last edited: Apr 18, 2022

To be seen is to be caught

I for one am greatly enjoying you going over the classics in your safe, but I ask one favor...GIVE US PHOTOS! And I don't want to hear any excuses about not knowing how to do that, you can always learn. I have heard that for every photo of a classic firearm that goes on the internet, the internet discards one of the Kardashians photos. There is your incentive!
Reactions: camocorvette

Shoot it with some Lapua CX or Midas ammo in 27 or 28 speed. It will likely shoot well with both. Those old Remington 540 series rifles shoot well above their pedigree. I won a national match with mine when we were still allowed to shoot American rifles in factory rimfire class. I would echo post some pics.
G

JG26_Irish said:
Shoot it with some Lapua CX or Midas ammo in 27 or 28 speed. It will likely shoot well with both. Those old Remington 540 series rifles shoot well above their pedigree. I won a national match with mine when we were still allowed to shoot American rifles in factory rimfire class. I would echo post some pics.
Click to expand... 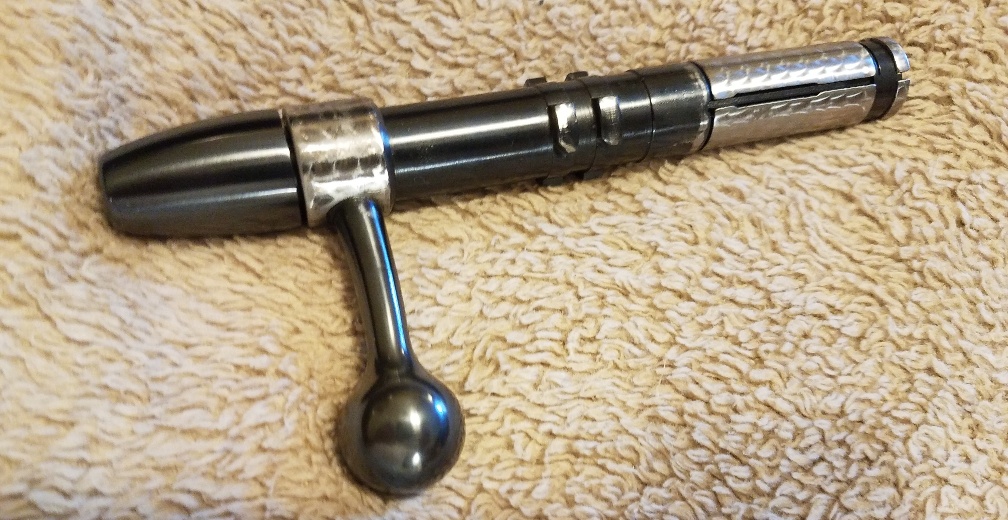 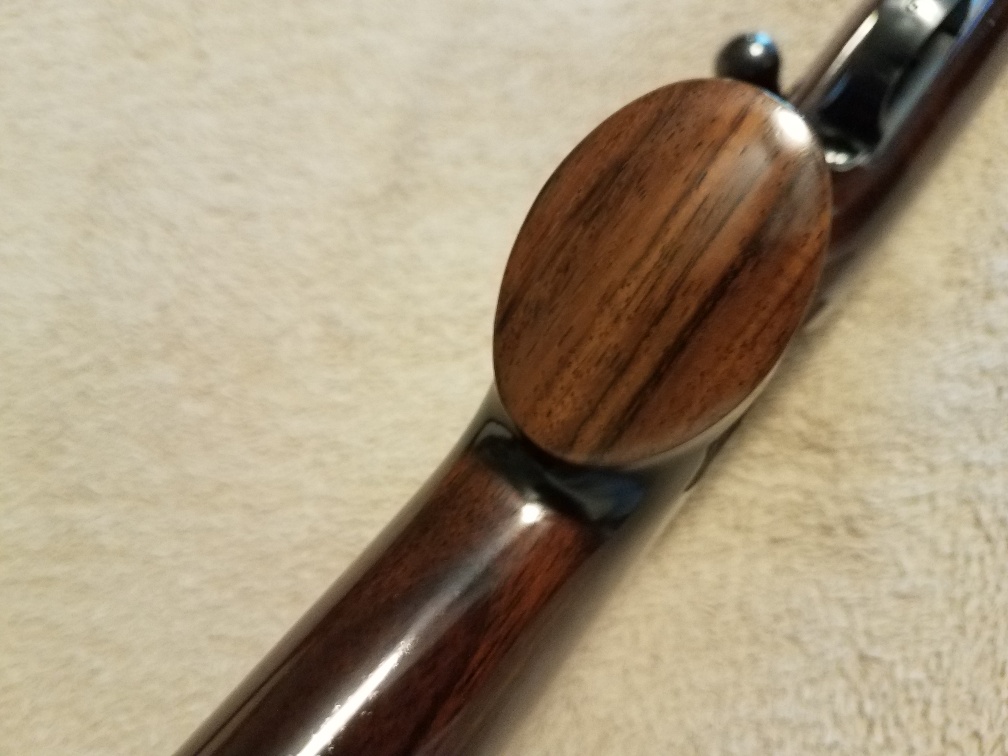 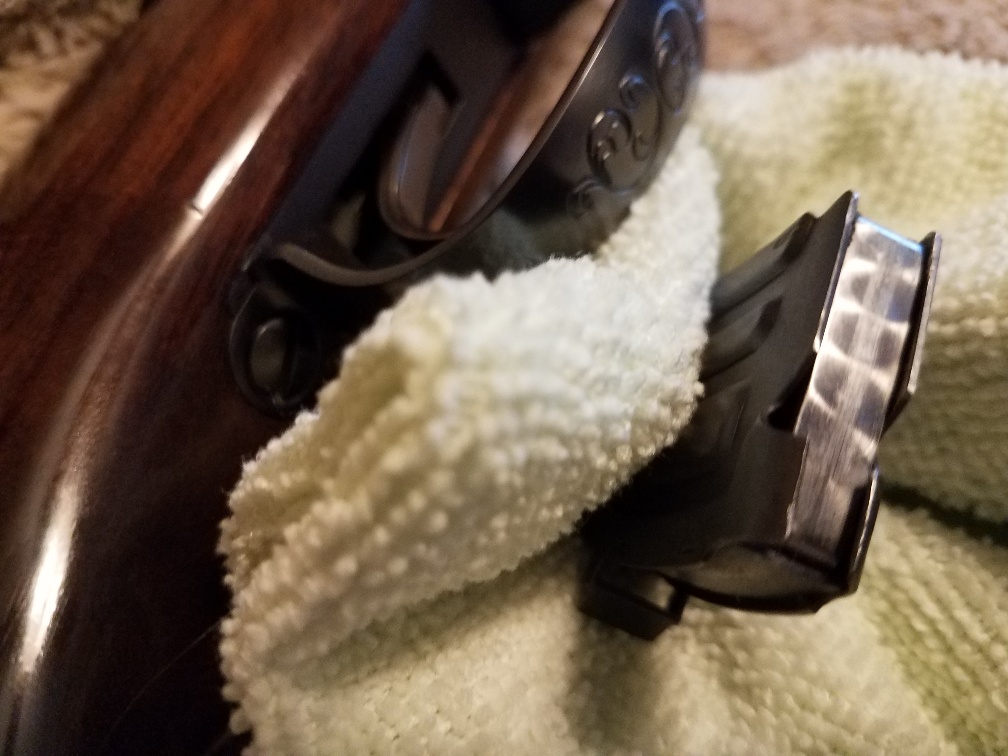 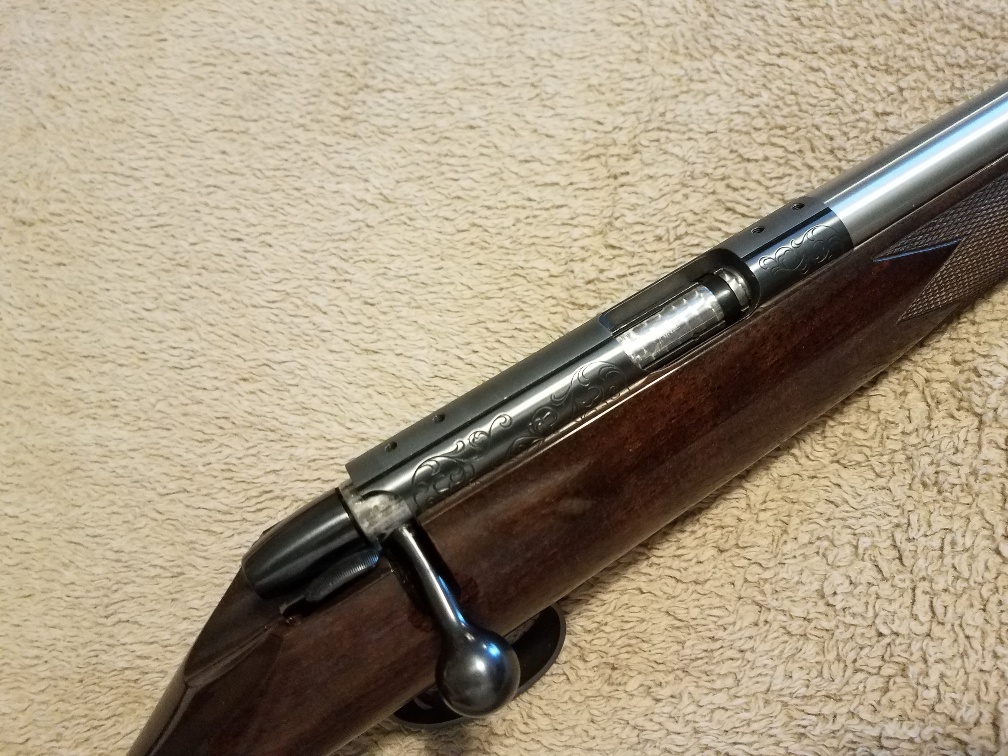 Do you folks think the value has been ruined ? No doubt. The standard stock 541S in good condition rifles are going for over a grand. I think this will be a shooter, but as far as value ? I don't know. I don't think I have too much money in it. That is a good thing.
Last edited: Apr 19, 2022
Reactions: pabrousseau, sinister and camocorvette
G

The old rifle is a shooter. It likes SK rifle match. I had a few green tag cartridges from way back. I thought it liked it, but after a few rounds groups opened up. I forgot to take some Center X, I hope to get back to the range early next week. The bullets are not engraved when a loaded round is removed. For pld coots like me, half the fun is trying to find ammo the rifle likes.
Have any of you good shooters noticed a few rounds of cheap ammo seem to shoot good after shooting some really good ammo?
Reactions: camocorvette

gr8guns said:
Have any of you good shooters noticed a few rounds of cheap ammo seem to shoot good after shooting some really good ammo?
Click to expand...

Glad you are finding time to get to the range. The collector value may have been ruined but the rifle was only made better. As for value, if you ever want your money back, I would happily give it a home or trade you a pristine vintage Winchester model 75. While not the equivalent of some great rifles the 540’s are mostly great shooters. I have a soft spot for them. Thanks for the pics. Somebody really went all out on that one.
Show hidden low quality content
You must log in or register to reply here.