Need some help on the settings for my Labradar. I have the external trigger from the Hide member.
Every time I run the bolt I get a Vel reading on the labradar. I was trying to do some work on subsonic 44 loads and it gets to be a PITA to have to watch every time a round is chambered to delete the reading or multiple readings.

I have the trigger setting selected and have increased the "trigger level" setting from 1 to 6. At 6, I was missing shots. At 5 I am still getting Vel readings when I run the bolt, some even when extracting. Even bumping the gun lightly will register.

Am I missing a setting somewhere?
6

Trigger level 1 is most sensitive, 6 is least sensitive. Setting 3 usually works fine for me with the sensor shock corded to the top of the scope.

The other factor is where you position the sensor, the further away from the action usually lessens the sensitivity. Example; placing it on the bipod will need a lower number to trigger it than having it near the bolt.
D

What orientation are you mounting the trigger to the rifle, and where? First thing I'd try is rotating 90* to see if that lessened the sensitivity.

I have the magnetic one, mount it wire down, straight to the action in front of the bolt stop. On three, it triggers on shots and sometimes when I run the bolt hard or slap mags home. When that happens, I get the "cannot track projectile" error, not a false velocity reading. Double check the rest of your setup.
J

I was mounting it on the scope, perpendicular to the barrel.

If you are shooting subsonic 44 loads you can remove the external trigger set the trigger setting to Doppler
and the speed setting to pistol.
Reactions: TheOfficeT-Rex
J

I will try a different location further out and try rotating.

On the subs, that was what I was shooting today. I want to get the bolt issue worked out for supers.
K

External kinetic triggers are an ON/OFF switch, and nothing in between. So there is no adjusting them in the radar settings for sensitivity. The sensitivity scale is for when you use a microphone. $50 kinetic triggers use a cheap Chinesium wobbly coil and fixed post setup seen in the photo. 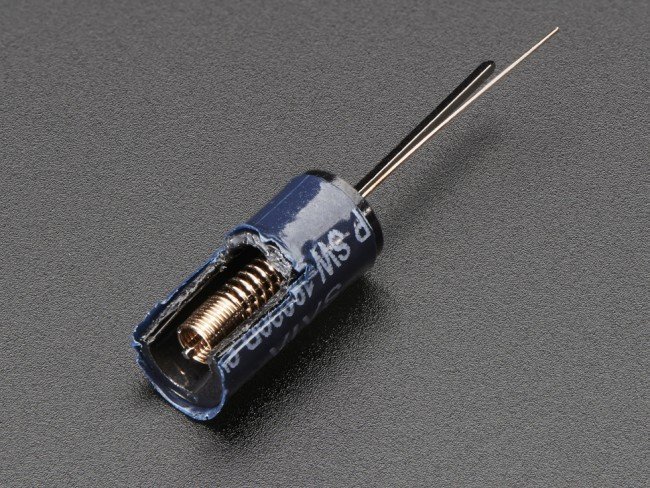 You can however vary the sensitivity of a kinetic trigger by being careful where you mount it on the gun. Consider how the gun recoils when you are holding it. Typically the muzzle moves the most, whereas in the middle near the scope the least. Like a boat or plane in turbulence - calmest seats are in the middle. It also pays to know the orientation of the coil and post in the kinetic trigger. Coil inline with the barrel for less sensitivity, at right angles, more sensitive.

If you don't know the coil orientation you can always play around with different spots and orientations on the gun. Or make your own switch for $5. You just need four parts:

Fits in your battery compartment. 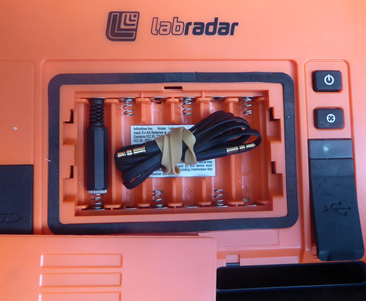 As for false triggering from working the bolt, I just ignore it and keep on shooting. It is easier to delete them later on a computer. There is a screen on the radar that pops up directing you to push a button to reset it, but I ignore it - it resets itself on the next shot (I don't know why they even have it).
Last edited: Dec 12, 2022
Show hidden low quality content
You must log in or register to reply here.