Out of spec primer pockets??

First time reloading these 223 and 556 brass cases. Been reloading for a few years now but first time on this cartridge.
So this batch of brass are from the same timer period, both are factory ammo that I've shot. One is a case of frontier ammo and the other is from greentips. The frontier cases have a frontier headstamp. The greentips have LC headstamp.
So I was going to reload these after all the brass prepping so now it's time to prime them. First one was a frontier headstamp and it went in fine. Second one was a LC headstamp and it didn't go in. It was stuck and slanted, with one side of the primer not into the pocket.
Ok, so I thought maybe these LC brass are crimped. I find another frontier brass and try that. Same problem, it didn't go in, and was slanted with one side still out. Ok weird, the first one went in fine. Tried another frontier and LC, both no good.
Ok so I thought, dang they are all crimped and I found a lucky badly crimped first piece that worked. So then I proceeded to get my small primer go/no go gauge. I went through about 700 of them and found about 20 that fit the go gauge. They are all frontier headstamp.

Ok so maybe frontier doesn't crimp very well I thought.
Took two of the no go brass, and used a countersink bit to drill out the crimp and check. I did that to both a LC and frontier brass and then tried the go gauge. Still didn't go in. It looks like the primer pockets on these brass are extremely out of spec.
Anyone experience this before?
All frontier ammo came from the same box, and all LC from the same box.
Piece that fits go gauge. 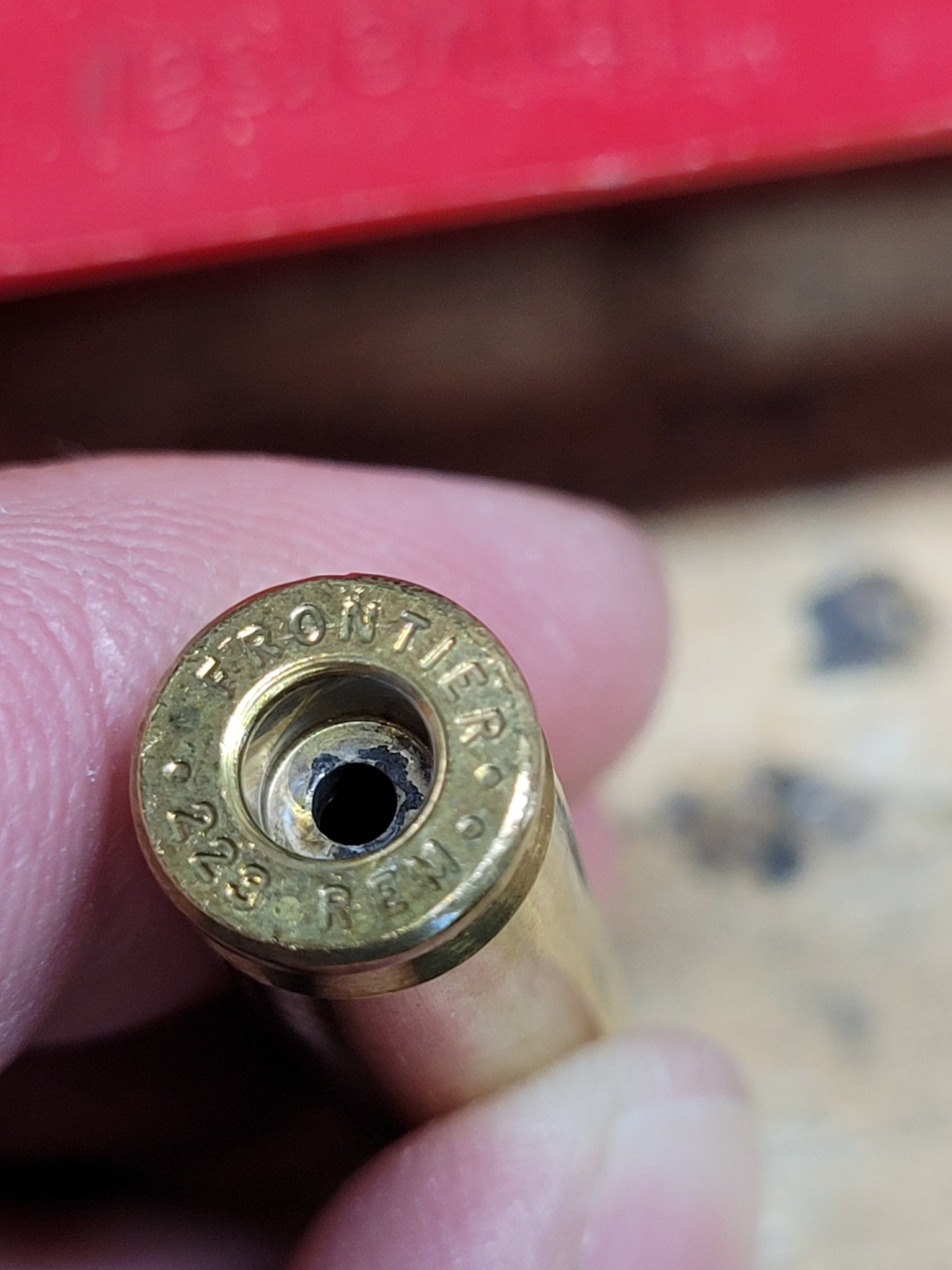 Piece that does not fit go gauge. 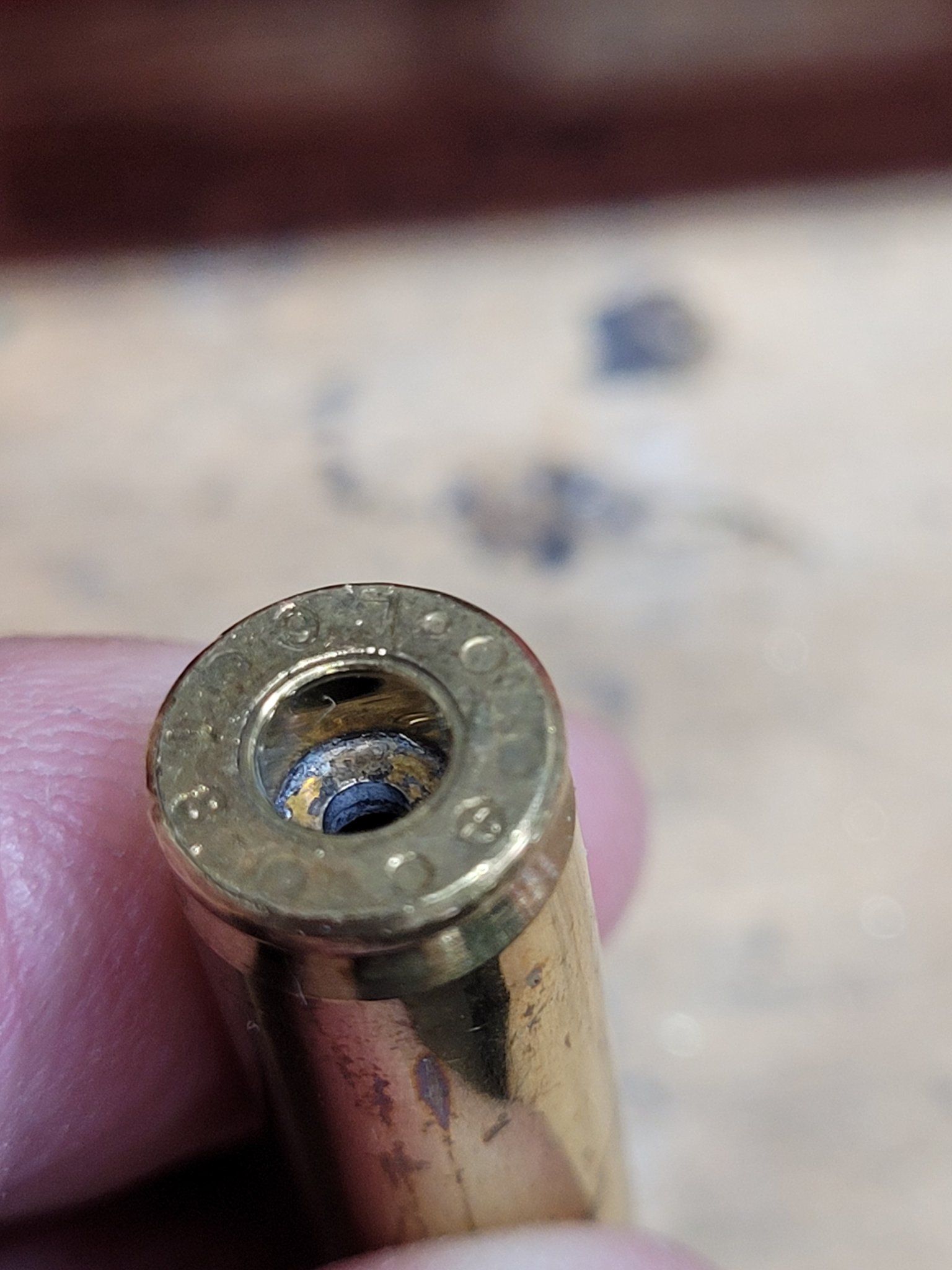 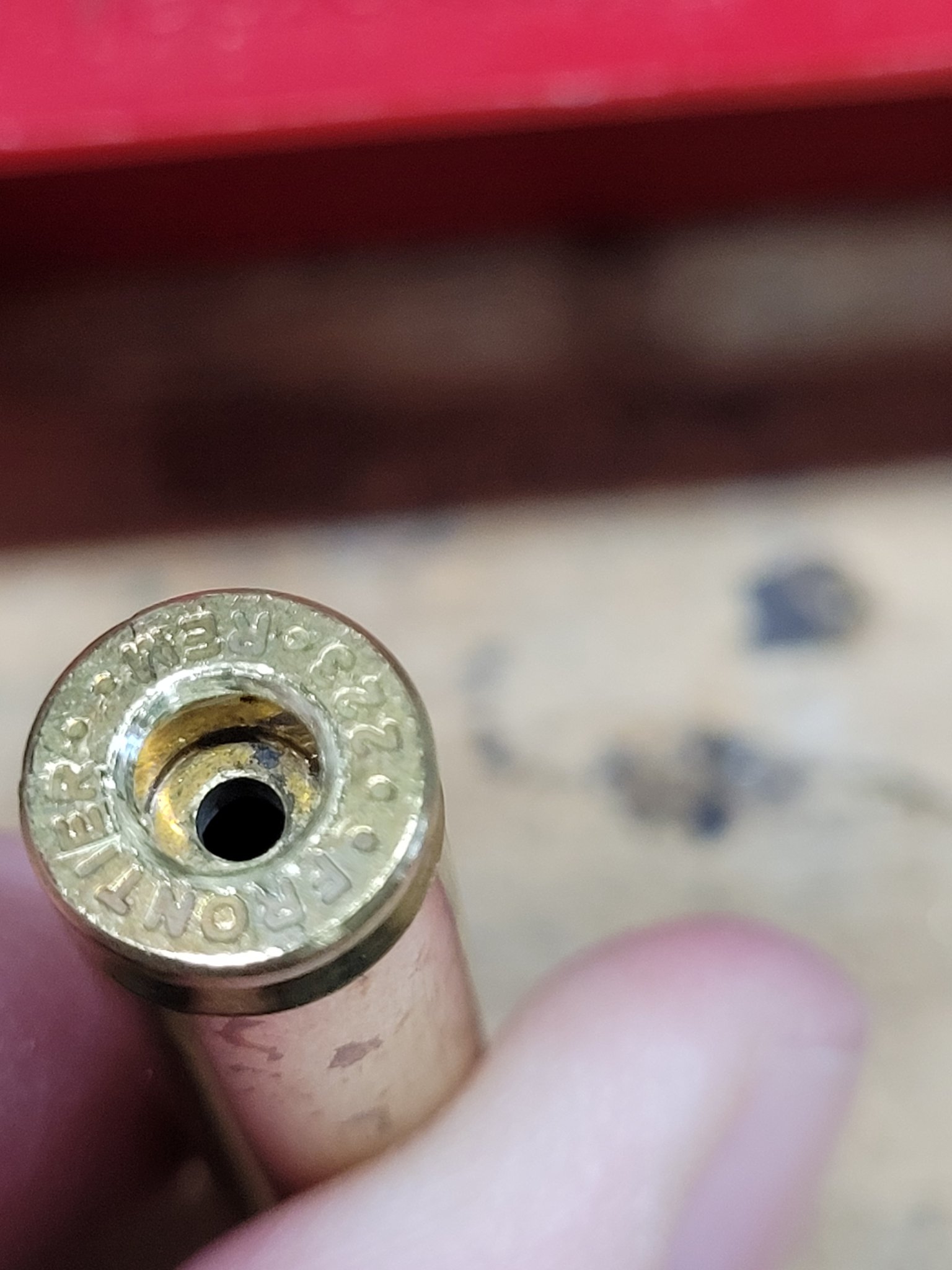 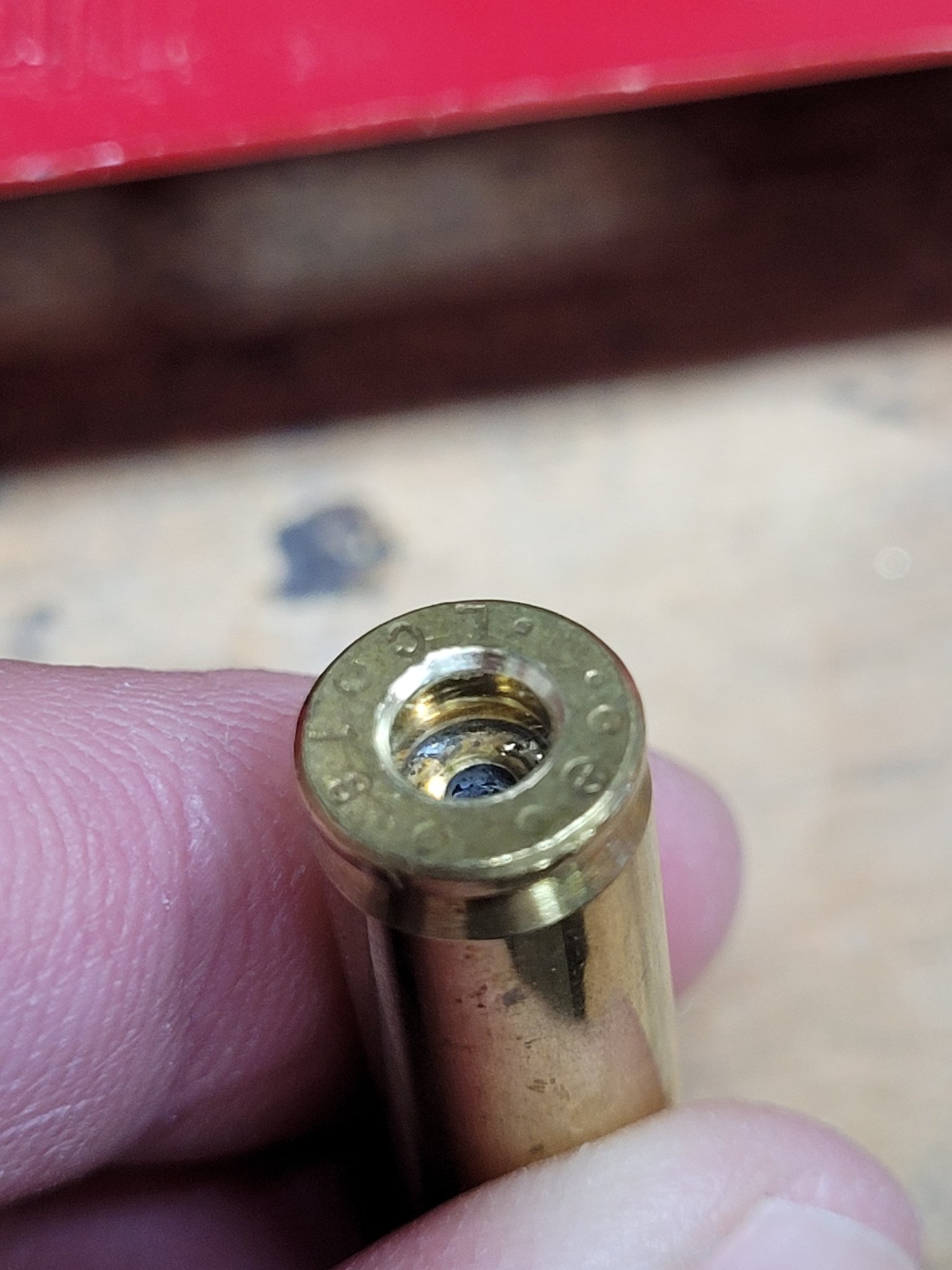 Maybe I need to cut deeper into the pocket before clearing the crimp area.

You shouldn't have to remove that much material.

However, I strongly recommend the Dillon super swage. It makes short work of a PILE-O-Brass
B

Well looks like I did have to remove that much and more material to get past the crimp. It did work though so I guess it's a crimp issue and had to remove lots of material.
Ended up using me Lee chamfering tools to remove it.

Occasionally you’ll get a lot of displacement from the primer crimp requiring a heavy chamfer if your trying to cut the displaced material out.
The heaviest cut shown will probably hold a primer just fine.

That’s why I switched to swaging tool for dealing with crimps.
It just shmushes the material back instead of cutting it out.

Did you try a different brand of primers?
B

Hobo Hilton said:
Did you try a different brand of primers?
Click to expand...

Hopefully your using a motorized chamfer at least
B

db2000 said:
Hopefully your using a motorized chamfer at least
Click to expand...

RCBS makes a crimp remover (RCBS 90386) I chuck it up in a cordless drill and remove primer crimps while watching tv, I like it better than using the Dillon swager. Put an old towel in your lap to catch the shavings.
B

I used what was available and free, so one Lee chamfer/deburr bit from the kit mounted onto a Dremel bit to hold it and put on the drill. The other was the lee quick trim with chamfer deburr bit, using just the chamfer portion, on a driver. Worked well enough that I got over 100 cases done.
Show hidden low quality content
You must log in or register to reply here.