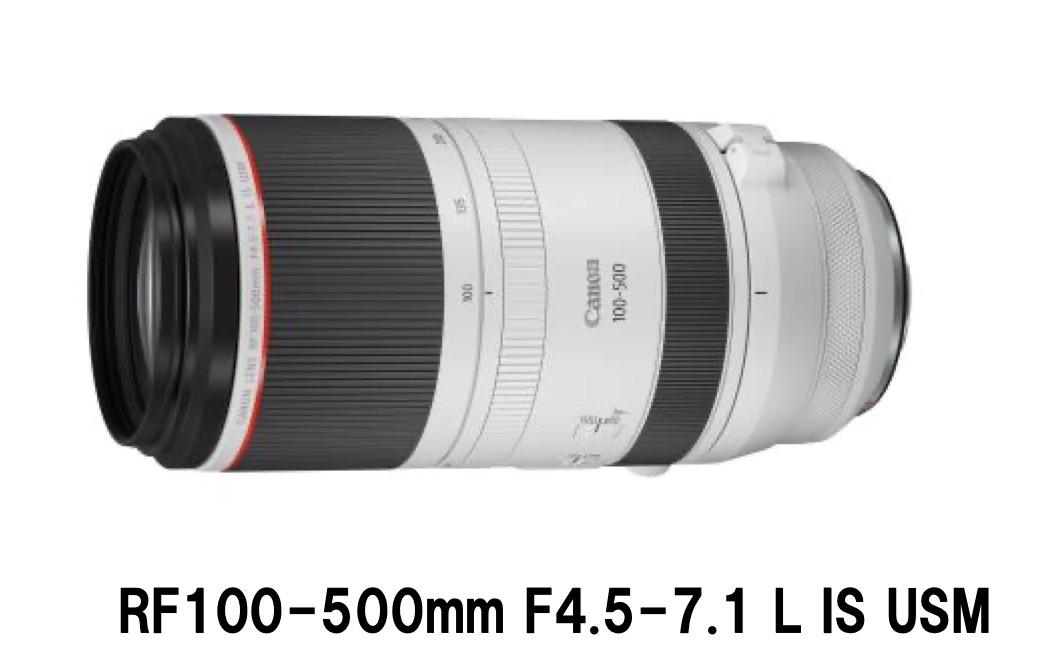 My job more often is shooting pictures and sending reports, not bullets. Frankly I have limited knowledge about photography, but am on a mission to assemble a solid photo system. Requirement is ability to shoot images of recognisable facial features at 150m or more, if possible. The magnification of telephoto lenses is measured by Milimeters (100-500mm in case of the Canon lens above), which don't make much sense. As mid-tier lens cost ~$2.5k, I want to be sure, this is the correct choice.

Maybe some of you also have experience with telephoto lens and could share experience what a 500mm lens would look like, compared to rifle scope / spotting scope. 10x? 20x? 40x? This question blows fuses on photography forums, so turn to you, brothers.
Last edited: Jan 9, 2021
T

So this can depend on the body now that some digital bodies have sensors that are smaller than 1:1, the reason being is that the smaller sensor area is using less lens area and the image captured "appears" larger than it would on a 1:1. In reality it matters on the pixel density of the sensor etc. but let's not get into that 55gal drum of worms.

A quick rule of thumb is to divide the mm of the lens by 50 (on a full frame camera a 50mm lens is basically considered 1x), or if it's easier for your brain divide by 100 and multiply by 2. If your camera body has say a 1.5x sensor instead of full frame, 35mm is closer to 1x, but it's really more about the pixel density.

So that 500mm is about a 10x on a binocular/scope on a full frame camera body. I stopped doing this because it's depressing, even a $10k 800mm lens is only about 16x.
Reactions: undermoss and phlegethon
M

You can put a full frame 400mm to 800mm zoom on a sensor with a crop factor of 7 or so.
Spending a few thousand dollars to experiment sounds like a waste.
Try cheaper to get your skills up.


Or, let the camera people do it for you with a super zoom.

A good camera system will have auto focus, image stabilization, and auto exposure control.
A large aperture 90 to 100mm would allow for more light than most scopes.
Or, be stopped down for depth of field.

Your $2.5k lens would need a companion $2k camera and take higher quality pictures than a superzoom like a
Panasonic FZ80. Google it.
T

The biggest factor once you get into the big zoom ranges, be it on a super zoom point and shoot, or a big $ SLR is a super stable tripod, even with good light and image stabilization you can see a significant difference in images if you pixel peep at full resolution on and off a tripod at anything over 200mm. I used to shoot a lot of racing and even in bright light shooting 300-400mm lenses with high shutter speeds over 1/1000s you could tell a difference between handheld and off a monopod, and another improvement again from the monopod to off a tripod with a nice pan head.

It's true though some of these superzoom point and shoot cameras off a tripod take amazing pictures with way more optical zoom than you'll ever get from a big SLR lens as long as you can keep them held rock solid.
Reactions: undermoss and Rocketvapor

Stabilization is the key.
Here is a cheapo 800mm T mount mirror lens attached to a G1W dash camera with some extension rings set up on a cheapo tripod in front of the shooting line. Every rifle blast up and down the line jittered the image.
But, you can read the splatter target at 100 yards

So that 500mm is about a 10x on a binocular/scope on a full frame camera body. I stopped doing this because it's depressing, even a $10k 800mm lens is only about 16x.
Click to expand...


Thank you, this is very useful formula to translate photo camera lens magnification to scope zoom.

That should be approximately correct on a full frame digital camera. Keeping in mind that using a 2x multiplier, even the L series is going to cost you 2 F Stops in shutter speed, and reduce the image quality somewhat.

So stabilization becomes even more critical, not only because you've increased zoom factor by 2x, but you've also lost 2 fstops of shutter speed. So without the extender you might be able to shoot 1/1000s shutter speed with the extender you can now only shoot 1/250s due to lost light from the extender (each F stop cuts shutter speed in half or doubles it). So you can see where if your available light allows for a 1/1000s shutter speed at 500mm, which may make for a nice sharp picture, if you put the doubler in you are effectively trying to take a 1000mm shot at 1/250s to get proper exposure and the image can be significantly degraded from motion blur.

A general rule is handheld you want at least the same shutter speed as your lens focal length, so for 1000mm (500mm + 2x) you want at a bare minimum 1/1000s shutter speed. On a digital camera you can crank up the ISO to gain back some of the shutter speed, but there's no free lunch because you'll reduce image quality in doing so.

It's been a long time since I looked at big zoom point and shoot cameras but Nikon now has a 125x optical zoom point and shoot for around $1k, the Coolpix P1000. The photos actually look pretty amazing, but you'd need a pretty serious rig I'd think to stabilize it well at that zoom level. If you had enough tripod to keep it solid I'd think facial features would be easy at 150m

You can also use an adapter to mount the camera to a spotting scope. Sort of depends on how portable it needs to be.

A general rule is handheld you want at least the same shutter speed as your lens focal length,
so for 1000mm (500mm + 2x)
you want at a bare minimum 1/1000s shutter speed.
Click to expand...

I was not aware of this correlation, thanks. For max zoom I had planned stationary OP.
I have shot 1/60s at last light with old Canon on a tripod (Canon, 300mm, F-dont remember, ISO - sky high) and would consider that the upper limit of expo for a walking target.
Last edited: Jan 10, 2021

Researching Nikon Coolpix P1000
Not great, but not terrible. 125x magnification is quite impressive. Philosophy of use: a modern day binoculars overall is what I need.
Performace speed may be less than desired, but as an option - good to know.

Nikon also has SnapBridge which transfers photos from Camera to Smartphone, which is very important for fast SITREPs, which however has not-so-good reviews on Youtube. Considering I won't be paying for the gear, I'd prefer more professional setup. That crazy zoom is alluring tho.
Last edited: Jan 10, 2021

That P1000 looks pretty good.
I have a cheaper FZ70 and FZ80 around $300.
Not that much zoom, but not that many dollars either.
I can do moon and bird video Handheld.
Goes with me as a target spotter at 100yds.
Better on a tripod but Macro to telephoto in one hand it's a lot more convenient that my DLSR and big lenses.

That P1000 is pretty good for the price

I got one a while back and really like it to video the long range shots only...

works great for that
Show hidden low quality content
You must log in or register to reply here.