For the past few months I've been experimenting with different ways to aim passively while still having a magnified optic for daytime use. What I've found works out great for me is a pretty unusual setup: I have a scope in a normal 1.5" mount and then an offset red dot mounted at 45 degrees off the scope so it lines up with my left eye in a normal upright shooting position.

The problem I am having is I can't find a high quality scope mount that has picatinny rails on the top or at 45 degrees to allow mounting an offset red dot in this way. Currently I am using a Burris PEPR with a 45 degree offset mount on top of that. It works fine except it weighs nearly 4oz more than my Badger C1 or Geissele mounts, and doesn't seem as well made, although it has not in any way failed so far.

So, does anyone have suggestions for a high end mount that will allow me to mount an offset red dot in this way, that also weighs less than my Burris PEPR?

One mount that looked good was the horribly named SPRM mount from Griffin. It has pic rails that mount at 45 degrees but it looks like it would weigh just as much as the Burris, so not seeing how it would justify the higher cost.

The closest I have found so far is the Spuhr Hunting Mount, which has slots for a 12 o clock pic rail. I think it would save me about 3.5oz vs the Burris, although I hate how it uses small Torx screws to clamp onto the rail. With my Geissele, Badger, and PEPR I can grab my Leatherman and easily rip off those exposed bolts if I need to take the scope off in the field and get to my irons. Also I can't find any real reviews on the Hunting Mount, not sure how it will hold up to abuse. 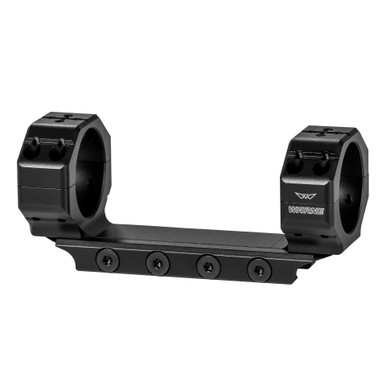 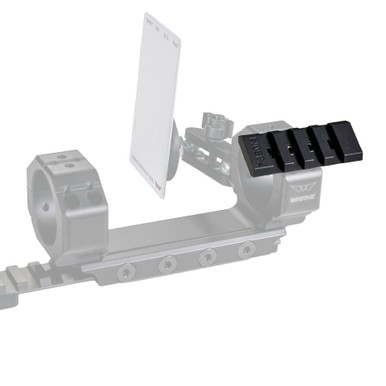 I like my Warne mounts as much as my MPA mounts.

I can't share links because they are no longer valid and what I have has no manufacturer markings.

I generally don't use optics (we compete at 100yds with iron sights) but my AR is a fun gun only and I have a cheap red-dot and a flip-over 3x magnifier. The red-dot is fine for 25-50 yds but at 100 I flip up the magnifier.

I guess my point is you don't need to spend a ton to find a combo that works. I bought mine from Amazon and I doubt I paid $100 for the pair.
U

The Badger C1 and some other similar mounts should have the option to add a picatinny rail section that replaces one of the top caps. Or the C1 has the accessory system that pins into the slots in the mount body that could mount a red dot off the left side, but I’m assuming you checked that out and it didn’t work?
T

Cool, this might be just what I am looking for!

I did some searching and could not find a single in depth review on this mount. The short amazon-style reviews are a mixed bag with some saying it is garbage and some saying it is perfect. Anyone out there with experience want to chime in? Especially interested to know the weight of the 30mm MSR height or cantilevered MSR height, seems to be some conflicting info online.

Not a fan of the flush torx bolts that clamp it to the rail, but I suppose I could keep a torx key in the pistol grip compartment just in case.


UpSideDown said:
The Badger C1 and some other similar mounts should have the option to add a picatinny rail section that replaces one of the top caps. Or the C1 has the accessory system that pins into the slots in the mount body that could mount a red dot off the left side, but I’m assuming you checked that out and it didn’t work?
Click to expand...

Could you link to that? The only thing like that I've found is their "CLIF" and "ARC" combo, however together those would add about 3oz which gets me back up to the weight of the PEPR. Furthermore I think the rail height on the "CLIF" is a bit too high.

Nah the J-arm would position the dot too low, I already tried with an Arisaka offset mount and its way too low. The point of my setup is to have the red dot nearly in line with my left eye while maintaining a conventional cheek weld. That way I can switch between the main optic and red dot without needing to cant the rifle, adopt a jaw weld, or anything like that.
Show hidden low quality content
You must log in or register to reply here.