So, I went to a PRS match instead of shooting.

A bit of a follow up to this thread:

So, I went training instead of shooting.

I usually go to the range and bellyflop down on the deck, get real comfy and then shoot 50-150 rounds. This despite being an active PRS / practical rifleman for the last 12 years. I haven't really trained that much/gone training that much, I usually focus on shooting, not training. A couple...

I was an active competitor from 2012 to 2017 until I took a break due to a new job. Now I'm returning to the sport, but I'm not into the new scene with the 20+ pounds rifles, hair triggers and 6mm something somethings. 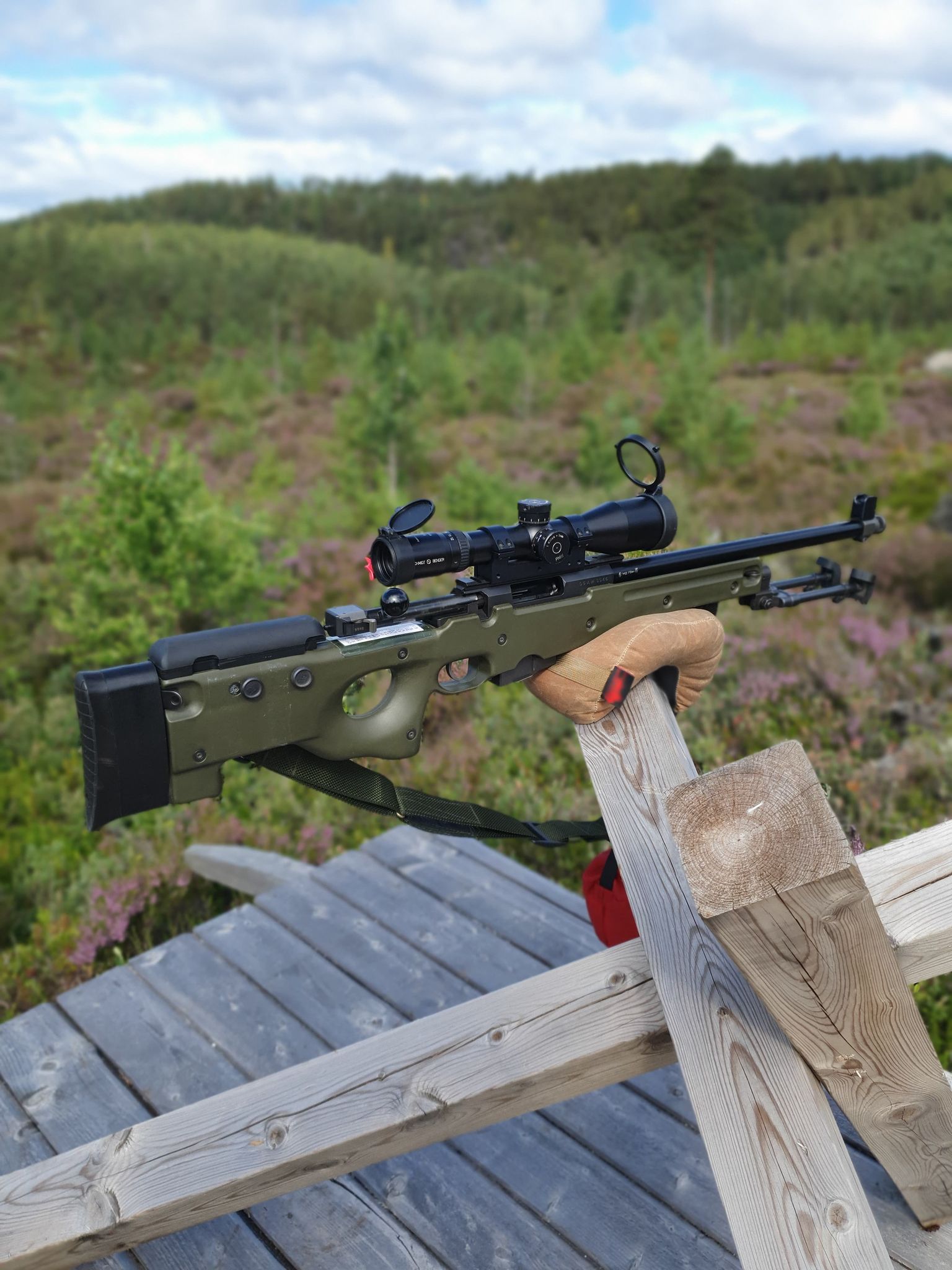 Needless to say, I'm shooting for fun, with the gear and kit that makes this sport fun for me.

To set a benchmark for my self I decided that I would divide the round count on each stage by 2. So in a 12 round stage I would try to get off 6 good shots with 6 hits.
My focus was to not miss any shots.
I had a couple rough stages where I missed 50% of the shots I sent, but generally my hit percentage was acceptable with 5-6 hits out of 6-7 shots.
Had a 12 round stage where I was secondbest in the squad as well with 9 hits out of 9 shots. That as cool.

Target distance was between 200m and 750m (my farthest shot was only 500 something meters).

I noticed a lot of rifles having malfunctions/going down and needing maintenance during the event. Especially on day 2 which included a stage where we shot from a trench dug in the sand. That sand got everywhere and caused malfunctions.

The AW didn't have any issues. Pretty much goes without saying.

Below you can see me botching an outdoors stage, and doing OK in a shoot-house.

Nice job! sounds like better than I would have done

Obviously not the most optimal equipment for PRS, but who cares when you are having fun!

I don't really shoot matches anymore, but if I pick it up again I'm certainly going to take my 22" suppressed .308 out to some matches. Definitely not optimal, but I think it would bring a lot of fun back.

Good job. Any excuse to pull the trigger is a good one. Not much better than getting back into a sport you left but still loved.

Shoot while ya can. I've got the shakes so bad now, it's no longer enjoyable.

Match shooting radically improved my field shooting. I need to get back to monthly match shooting. Every game is better when there's someone keeping score.
Reactions: deersniper and 308pirate

Nice job! Just getting out there and competing again is probably a great feeling! Like how you practice and how you THINK about practicing. Some folks think to just go out there, send 100 rounds downrange from prone or a very simple prop, don't dryfire, and they should be good for a match. I'm starting to post practice stages on my channel, so your post was timely. This is a stage we shoot here in Texas (Navasota, CCC shooting range and TX Precision Matches) and a lot of guys time out. It's a 2:00 par time, which seems like a lot of time until you see someone who hasn't even thought about practicing for something like it...They usually time out at either the first rooftop or the second rooftop. I also hooked up the TriggerCam, which is really helping me a LOT by letting me see how much time I'm spending 1) finding the target; 2) follow-up shots. Hope this helps and KEEP UP THE GREAT WORK!

Reactions: wyliecoyote and Pete B

This is a lot like what I experienced when I came back stateside after being in Japan for 4 years (2015-2019). I was a pretty active shooter between 2010-2013, had a couple of kids and then orders to Japan, I came back and was so out of touch with where the sport went while I was gone. Showed up to my first match with my R700 in an AICS topped with an NXS (primo stuff when I built it back in 2010). Spent the next year getting familiarized with all the new gear/trends/equipment and just when I finished buying, selling, upgrading and getting myself modernized, BOOM, COVID and all that crap hit.

I still think I missed the best years when I was in Japan. Fortunately I’m still able to shoot and hit matches here and there. But man I know how you felt showing up to this match!
Reactions: MrSwede
Show hidden low quality content
You must log in or register to reply here.

So, I went training instead of shooting.

what's the go to caliber for PRS