I'm having what appears to be a string of non stop issues with an AR 350 Legend I built twice now. A little history to my fiasco. A year ago i built the rifle with a wilson combat stripped upper Anderson carbine buffer tube with carbine weight buffer and spring, CMMG mags, UTG micro non adjustable gas block with a carbine length gas system, tool craft BCG and the first try used a Faxton barrel. Head space was checked with Forster Go No/Go gauges. The action was trued and the barrel nut was torqued 3 times with a torque wrench. The barrel was even loctited in place as i have done on my my target AR that shoots .25 MOA out to 300 yards. This combination yielded 1"-1.5" groups with heavier 180 gr ammo. All seemed good as it is a straight walled cartrage for hunting at range to 200 yards and in. But one thing that I noticed being a reloader is that no matter if I loaded ammunition or shot factory ammo every now and then I had flattened and flowed primers which is a sure sign of over pressure. So I hand loaded some lighter ammo using IMR 4227 in the 25 grain range which gives good case fill and velocity spread numbers. Now after ~100 rounds it started throwing 10" groups. I tried the standard cleaning with no improvement. I removed the copper and had no luck and then I gave up. I decided it was due to the very thin barrel where the muzzel device threads on an it must be the cause. So I had McGowen build me a custom barrel in a HBAR contour with a 11 Deg target crown and no threads. Now I got that barrel (looks great) after almost 30 weeks and put the rifle together and to the range I headed. Now durring break in I didnt expect much and after 2 boxes of ammunition and the shoot clean ever time for 10 rounds and then 3, 5 round strings then clean was expecting great things. How ever I noticed that the 180 gr winchester grouped like a quarter group with a flyer and my hand loads did not do as well (i got 2-3" groupings). now all rounds went over a chrnograph and my velocity spreads for my hand loads where in the 25 FPS range and the Winchester stuff was like 33 fps. so I started shooting and checking the brass. what I noticed was the flyers had flowed out primers to the point where I would definatly be backing of the power charge. But it did it with factory ammunition and my hand loads. I checked my scale and it checked out OK as I expected as the factory stuff did it too. So I quickly though of the list of what would cause one round to over pressure and others not to with both new factory ammo and hand loads with fresh primers and powder. This left me with the bullets must be just about touching the lands and any variation must be the cause. So I checked the jump the bullet needs to do with the factory and my ammunition and quickly came to the conclusion that was not it as I had lots of room and I was in fact not jamming the bullets into the lands. So next I loaded some rounds with out powder and primers measured the bullets ojive to case base length put them in a magazine pulled the charging haddle and let it go. I cycled 5 rounds and remeasured and I found the bullets move and move alot some up to .010" I tried the winchester stuff out of 10 rounds 2 moved alot and all the bullets moved. So I made some more rounds and crimped them with a lee crimp die and tried again they moved again. I crimped them till it heavaly deformed the bullet. what I found was no matter what the dang bullet moved when the action pulled it from the mag and locked the battery. Any one else noticed this or have these issues? I'm getting ready to give up on this caliber and change the upper to a 6.5 grendel insted.
Last edited: Sep 13, 2021

What would Burt do if was sub hunderd? 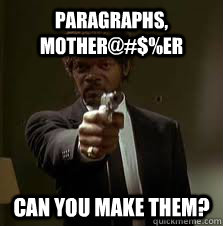 Reactions: FishinGuns, Lurp06x and Earnhardt
Show hidden low quality content
You must log in or register to reply here.

May 11, 2022
Yuccathumper
Y
N
Unlocking problems with unfired upper; What should I check for before sending it back?