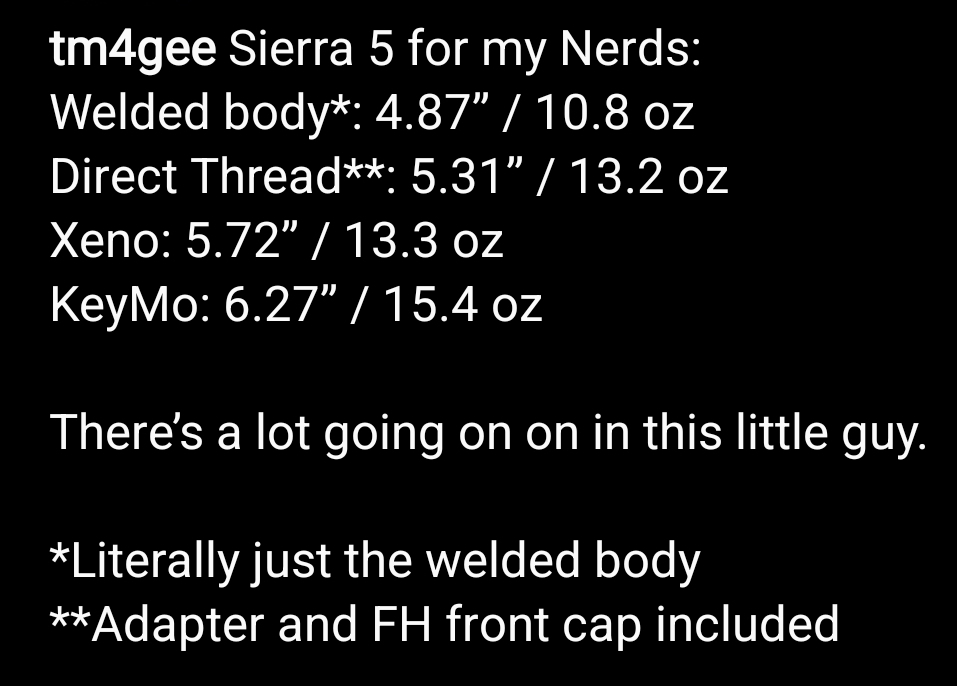 I’ve got one of these on order, very excited to get my hands on it in 6 months

Bluedog82 said:
I’ve got one of these on order, very excited to get my hands on it in 6 months
Click to expand...

If this is going to live on one gun it’s whole life is there a reason to not direct thread this on?

IMO the only reason NOT to direct thread a can is because you are pin and welding a 13.9/14.5" barrel to avoid an SBR. I have three of those guns and I've been using a KeyMo to swap a suppressor around on their pinned brakes. It is a good system but it does add weight and length. The Xeno could be an option for you if you're afraid of the suppressor backing off threads. But I struggle with mounts like the Xeno. They just seem like a reinvention of direct threading. I direct thread a Dominus on a 16" AR. It works well and is lighter than my 13.9" rifle.

An interesting idea for your situation would be to thread the p&w hole on the dt adapter and drill into your barrel threads just a touch. Then use a removable set screw like an easily reversible p&w. That would keep your suppressor from walking off if it was a concern and take a scosh more time to take the suppressor off in those rare times you did remove it for cleaning or whatnot
Last edited: Aug 16, 2022
Show hidden low quality content
You must log in or register to reply here.