Do you know these Falcon Optics scopes?

I have tested this M18+ series in MRAD with FFP and SFP models, and i must say that these are awesome quality with very low budjet.
Also done shooting with the S8i MRAD version, works very well.

Great videos of these scopes are done the social regressive.

In US you find Falcon from SWFA.

Do you know these Falcon Optics scopes?

I have tested this M18+ series in MRAD with FFP and SFP models, and i must say that these are awesome quality with very low budjet.
Also done shooting with the S8i MRAD version, works very well.

I had a Falcon Optics 4-14 FFP on my Rem 700 .308 for about a year. It was a good scope for the money. Optics usable. I liked the reticle. It tracked well and held zero. Returned to zero with no problem. Upgraded to a Vortex PST 4-16 FFP when I could afford it. It was all I could ask for at the time.

I've still got one of the 4-14 scopes from at least 8 years ago.
It was my first FFP scope, at the time, you could either get a Falcon, or the next step up was an IOR for 1500 bucks, then of course you had the S&B, USO and Premier scopes which were even higher.
I didn't want to drop a bunch of coin on a system that I wasn't sure I would like.
All you had to do was clean the heavy grease from the turrets and lube with silicone spray and you were rewarded with decent clicks, a scope that tracked and glass that was surprising for the price point.
They were and are dandy scopes.
Reactions: Saracen

4-18 is even better than the old one.
Reactions: Saracen

Apparently made some good improvements. John McQuay liked em for budget stuff. I got a chance to mess with a 4-14. Knobs were less mushy to me than a Leupold mark 4. Didn't seem bad for the money. Warranty was five years. I'd hate to have to use it though. I think it goes back to England.
Reactions: Saracen and Downtown

My buddy had an issue with his older 4-14ffp, not the newer m18+. Their US distributor (swfa) handled the warranty stuff and ended up upgrading him to the newer m18+...really good folks!!
Reactions: Saracen and viking78

I've got one of their FFP MIL/MIL 5.5-25x50 IR scopes. It's actually not bad at all, in fact my only major gripe with it, is that the IR dial is on the upper right of the scope, which means that I sometimes hit it while running the bolt.

I'd definitely consider another one of their scopes. 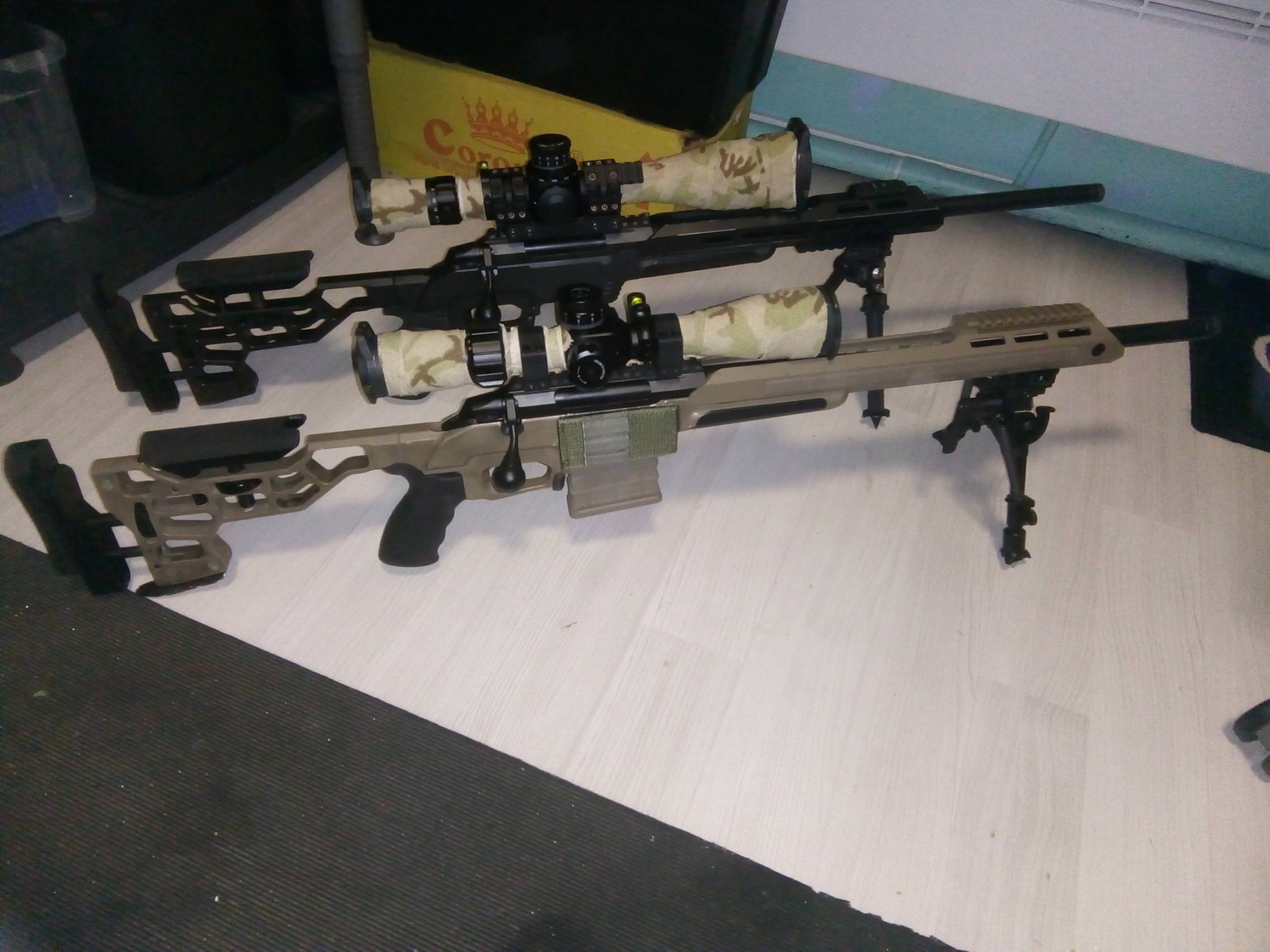 No yet, but im planning to do so.
C

A body made for PRS

A land down under

I’ve just received a 1-8 by 24 s8i, I’m not that impressed by the glass. I’m struggling to find any reviews to see if I’m right. It went dark soon after I got it.

Has anyone seen one next to a vortex strike eagle or pst to compare the glass?

I watched the social regressive video on YouTube about it

I have seen both, and shot with both of these.
In optical difference there are not, pritty much at the same level.
But the Falcon has better reticle and MRAD turrets, and you can use the reticle as 1/1 in the 8-power.
Both does not have enough grunt on the IR as daylight use, but that´s not the issue.
Both are good scopes, just little bit different on the reticle and turrets.
Reactions: Saracen

I wish some one around here carried them so I could look at one of them.
Reactions: Saracen

A body made for PRS

A land down under

Mine is blurry and the glass looks milky, I wonder if it’s a dud or my standards are too high?

Have you try to adjustment the diopter?
C

My M18+ is pretty damn good for 350 bucks. I believe it may show more mirage than others but ill deal with it.

I have had my M18+ over 2-years, and i would not change it to scope under 800$, because i have not find better quality for that money that 18+ is.
Ofcourse it is not Vortex pst, but for that price you pay, i am 100% sure you will like it, and FFP scopes with MRAD turrets and reticle, just aint there.
Reactions: Saracen
Show hidden low quality content
You must log in or register to reply here.
Share:
Facebook Twitter WhatsApp Email Share Link
Top Bottom