Jovan Hutton Pulitzer: A QR Scanner Patent Owner Explains how to exam/scan the mail in ballots for illegal ballots

Exclusive interview with Jovan Hutton Pulitzer about his ability to digitally examine millions of ballots to scientifically prove if ballots are authentic or fake. He says we need to access the physical and digital ballots and within seconds can determine authenticity. His technology and approach have nothing to do with accessing the actual Dominion or other vendor machines.

A little late considering all of the videos f shitbags throwing. Ballots in the shi can .

Alphatreedog said:
A little late considering all of the videos f shitbags throwing. Ballots in the shi can .
Click to expand...

Fortunately, they only need access to the 'scanned' ballots.

Legal Mail in/Absentee ballots should have fold marks from the official paper ballot being process into envelopes
The electronic images of ballots will capture these kinematic artifacts.
Printer copies of fake ballots will NOT have the fold marks 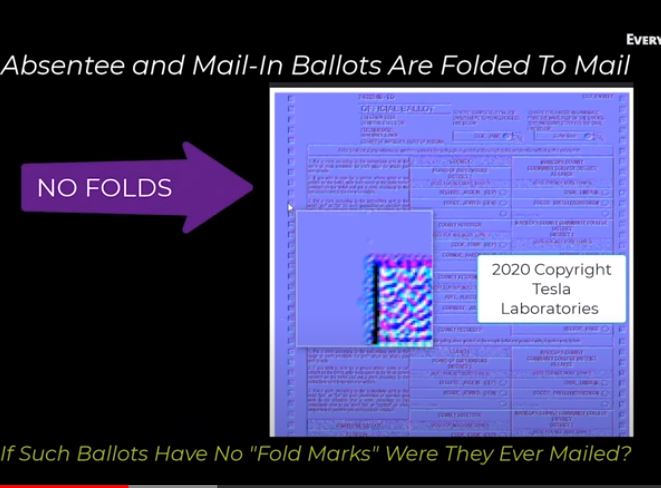 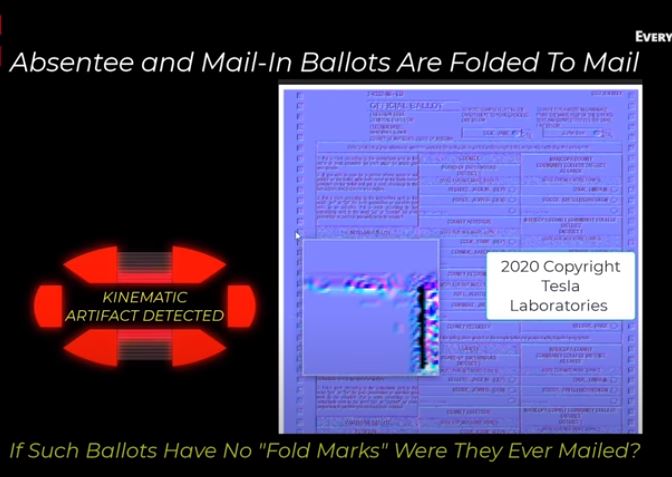 Be really, really careful about setting your sights on Pulitzer. He does have a fantastic idea; however, whatever device or programming he says will do what he is saying it will do...? There are lots of vendors in the world using QRCode right now. Is QRCode being used by anyone right now for ballot processing? Please, take a few minutes to check his own bio out. I didn't see anything looking like a research project or an invention or a patent for a new ballot processing system using QRCode.

Jovan Hutton Pulitzer aka Jovan aka Jeffry Jovan Philyew does not have the patent for QRCode. Just do a search asking, "Who invented QRCode?"

"QR code. Originally invented in 1994 by Denso Wave, the Quick response code, or QR code, is a two-dimensional barcode that has a larger storage capacity than the standard UPC."

Jovan Hutton Pulitzer aka Jeffry Jovan Philyew was the creator of the :CueCat.

"Trump’s fight to overthrow election now falls to the guy who invented the CueCat - The Verge" "He’s responsible for the CueCat: a cat-shaped barcode scanner that is widely regarded as one of the worst gadgets ever made. In a 2000 Wall Street Journal review, renowned technology journalist Walt Mossberg wrote that the CueCat was “unnatural and ridiculous.” Rob Beschizza of BoingBoing calls it “one of the classic crap gadgets.” And TIME named it one of “the 50 worst inventions.”

CueCat - Wikipedia
The CueCat was invented by J. Jovan Philyaw,[7] who changed his name to J. Hutton Pulitzer.[8][9] Belo Corporation, parent company of the Dallas Morning News and owner of many TV stations, invested US$37.5 million in Digital Convergence, Radio Shack $30 million, Young & Rubicam $28 million and Coca-Cola $10 million.[10] The total amount invested was $185 million.[11]
Starting in late 2000 and continuing for over a year, advertisements, special web editions and editorial content containing CueCat barcodes appeared in many U.S. periodicals, including Parade magazine, Forbes magazine and Wired magazine. The Dallas Morning News and other Belo-owned newspapers added the barcodes next to major articles and regular features like stocks and weather. Commercial publications such as AdWeek, BrandWeek and MediaWeek also employed the technology.[12] The CueCat bar codes also appeared in select Verizon Yellow Pages,[13] providing advertisers with a link to additional information. For a time, RadioShack included these barcodes in its product catalogs and distributed CueCat devices through its retail chain to customers at no charge. Forbes Magazine mailed out the first 830,000 CueCats as gifts to their subscribers since Forbes was starting to use CRQ (See Our Q Codes) in their magazine.[14] Wired Magazine mailed over 500,000 of the free devices as gifts to their subscribers. Each subscriber private labeled the CueCat they sent to their mailing list.[15][16]
In The Wall Street Journal, Walter Mossberg criticized CueCat: "In order to scan in codes from magazines and newspapers, you have to be reading them in front of your PC. That's unnatural and ridiculous." Mossberg wrote that the device "fails miserably. Using it is just unnatural." He concluded that the CueCat "isn't worth installing and using, even though it's available free of charge".[17] Joel Spolsky, a computer technology reviewer, also criticized the device as "not solving a problem" and characterized the venture as a "feeble business idea".[18]
Reactions: camocorvette and mikeinfwa
Show hidden low quality content
You must log in or register to reply here.