You are using an out of date browser. It may not display this or other websites correctly.
You should upgrade or use an alternative browser.
U

Vortex includes everything in the picture plus the original box, rear scope cap, DST adapter ring, and bubble level. I have lost the string for the Scope Chaps but I do have a replacement coming in. Some small nicks you can see on the turrets. $1500 $1475. shipped. PP F&F or Venmo 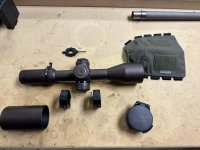 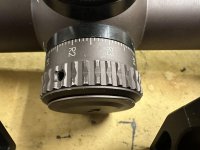 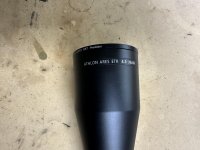 Please advise how best to proceed.
Click to expand...

Is the razor still available?
U

Is the Athlon still available?

I will take the Razor per our PM.
6

Check it again
B

Idk ,
we made a deal weeks ago on both scopes , my request before sending payment ,,,,,,,even though he has good /great feed back ,,,,,,, was to send me a picture of the scopes with a price of paper with his info on it A week later he apologizes and said he sent it to the wrong number , I said no worries send me the picture and we will move forward ,,,,,even gave him my number again , that is the last I have heard , replied to the pm several times asking what was going on and nothin , he has logged in a few times but still hasn’t replied , again , IDK

I bought and took receipt of the razor guys.
Show hidden low quality content
You must log in or register to reply here.