As precision rifle shooters, we spend an enormous time in preparation.  We prepare our ammunition, our rifles, our firing position gear and ourselves.  All leading up to a moment that consists of no more than ten thousandths of a second. Therefore, we must make the most of each moment of preparation in order that that short moment at the shot is Predictable, Repeatable, Precise and Accurate.  These are the goals of a precision rifle shooter.

Unfortunately, it is not a perfect world.  Imperfection is introduced at every step of the process in the form of error.  Any single error is not a great deal really, as on our worst day our rifle systems are capable of one minute of an angle or better, even with factors that are out of our control.  But with experience comes growth, and growth in precision rifle means elimination of error, because errors are CUMULATIVE, and cumulative errors compound, frustrate and work against precision.

If one is “outcome-oriented”, an impact on a piece of steel smaller than the actual torso of a man is a wonderful feeling, especially when followed up by a rapid second impact.  It was Predictable, because we took and empty space at a firing line, occupied it with our shooting gear, loaded a rifle, dialed elevation on a turret and hit with a cold-bore shot.  It was Repeatable because we replicated that impact.  But to a great degree we are not outcome-oriented, we are “process-oriented”, and constantly striving to improve our processes and, if not consciously, sub-consciously we are eliminating errors, one-by-one, and growing as shooters.

Eliminate the Errors We Can Control —

Insert the rifle system.  Basically, steel, aluminum, glass, plastic in the form of a rifle and scope.  The rifle will produce the exact same audible click of the firing pin being released, time after time, but that is just about all that it will produce consistently because we will be adding our ammunition and our shooter, both of which will take it from a perfect “click” to an imperfect “boom”, directed by the skills or lack thereof of a shooter, contacting the rifle at the shoulder, the cheek, the firing hand and the trigger finger.  The introduction of the shooter takes the problem of a long range shot from a mechanical one to a mechanical and physical one, introducing a terrific amount of error that must be reduced to produce a Predictable, Repeatable, Precise and Accurate outcome.  Notice I did not say, “Eliminated”, because we cannot possibly eliminate all error.  Instead, we must become consistent in the control of error.

We zero the rifle, which is making it produce holes on paper that are precise, (close together) and accurate (at the desired aiming point).  The degree of precision is a combination of the removal of error beginning with ammunition and including the rifle’s contribution, of which the barrel harmonics is the greatest variable.  The manufacturing process of barrels has improved greater in the last thirty years than the entire previous existence combined.  Barrels are made of better materials and produced with amazing consistency. A perfect blend of metallurgy, mechanical engineering and very high-tech human influence, the barrels available to today’s precision shooter are works of art and science.  The offerings are now so competitive that arguably, there’s not a dime’s difference between the barrels of the top five manufacturers.  You will be eliminating error when you purchase and shoot a barrel that produces the same whip and vibration, harmonics, each and every shot, given clone ammunition.

Scopes are imperfect.  The assumption that a scope is doing what you are dialing it to do is nothing more than an assumption until that scope has been proven to produce the same outcome over and over.  Many fail when exercising the turrets leads to the scope’s failure to return to “zero”.  Rifle scopes are manufactured with tedious detail, even the cheap ones, and you get what you pay for by purchasing a scope that produces the same mechanical movement of the reticle time after time.

Here is where the errors COMPOUND.

You can perform open-heart surgery or diffuse a bomb.  Really.  The outcome may not be pretty, but you can perform the task.   However, to produce the best outcome, one must seek training and be evaluated.  There is no substitute for one-on-one instruction when it comes to precision rifle, and it’s the most productive path to elimination of unknown shooter error.  We must first identify the errors we are inducing, then eliminate them.

Because errors are cumulative.  Only through the elimination of the errors within our control can we achieve Predictable, Repeatable Precision and Accuracy. 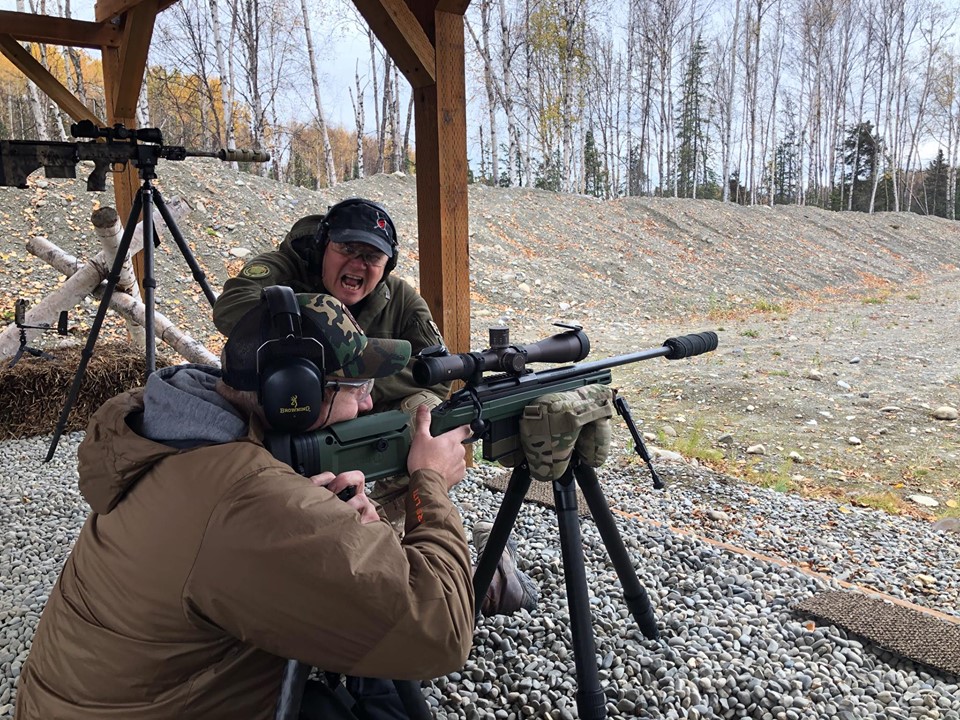 M
Marc Taylor
Thanks for the nice article Marc! I continue to fine tune my errors. My biggest problem at this time is a build up in tension in the shoulder as I increase pressure on the trigger. I haven't figured out a good way to get around this yet.

-- Todd
TONS OF DRY FIRE, TODD. THANKS FOR YOUR COMMENTS.
-- TAYLOR
How do we know if we're loading the bipod consistently ? Thanks. We i

FIRST INDICATOR IS CONSISTENT OUTCOME AT THE TARGET BUT THE MOST REVEALING IS YOUR ABILITY TO RECOIL WITH YOUR SIGHT PICTURE REMAINING ON OR VERY NEAR THE TARGET.

I agree with the dry fire comment, I know it helps me.
Great Artical, Thanks
Thanks for the info, Mark..... believe I'm "ok" in the rifle and reloading depts, but need to do the scope tests to check my Vortex, and most of all you've convinced me I need to work a great deal more on my consistency at the bench, and not forget the dryfire practice. I tend to spend more time setting up my rifle on my elevated bull bag than I do on my posture and presentation to the weapon.....was NOT thinking of the consistency here. I will work on it until it becomes good habit!
HI Mark - just wanted to compliment you on this and your other articles. Thank you for you great input.

Question: wrt to consistency of cheek weld, I have read some threads on the Hide on this, but people seem to have a wide variety of views. How hard do you press your cheek to the comb of the stock? Light and just there or bear down a bit and counteract this with your rear bag/hand?

I'm kind of newish to rifles (at 67 haha) but have been a long time American skeet competitor and since our on eye is the rear sight, we are nutso about proper gun fit and consistent mount with a firm weld of the cheek on the comb. I do have an adjustable cheek piece (comb if you are a stock smith, I believe) and I do have my rifle set up so that I can place the comb right under my cheek bone and have my eye in a proper position relative to the scope.

But rifles are different. I do have an adjustable cheek piece (comb if you are a stock smith, I believe) and I do have my rifle set up so that I can place the comb right under my cheek bone and have my eye in a proper position relative to the scope.

But with my limited experience, it does seem that when I bear down hard and recoil knocks me off a bit then the gun may jump (but don't really know if this is fast enough to impact projectile trajectory). If I am very, very loose on the comb, then there is another opportunity for the gun to jump the other way.

What do you teach to students on this topic, please?

@Baron23 -- At your request, sort of, I'll address this in my next article.

Try to get to one of our Courses. That is the absolute BEST means of working out your potential issues. We are currently roadtripping through the midwest. NE, MN, IA and TN.

Watch for that article and know that your question caused it. LOL

--- Taylor
Sounds like your problem is with your graspers and the fact that you are not pulling the rifle into the shoulder properly. Read, "Mechanics of the Firing Hand" for a full explanation.

Taylor. When is that course coming to TN? I'm just starting with LR shooting and would like to take a good basic course to get me on the right path.
Thanks,

Great article I have lots to learn. I love reading the articles here but could really use one of the training courses, I’m just getting started and want to start in the right direction. When will there be another class in Iowa? Thanks