Menu
Install the app
Sidebar
You are using an out of date browser. It may not display this or other websites correctly.
You should upgrade or use an alternative browser.

[g1_dropcap]I[/g1_dropcap] get asked all the time, “how do you get the results you demonstrate with factory ammo”?

How do you get those results…

I get asked all the time, “how do you get the results you demonstrate with factory ammo”?

We tend to harken back to the good old days when factory ammo was just alright. If you wanted quality match ammunition, you had to load it yourself. The best you could find, and what eventually became a defacto standard was Federal Gold Medal Match 168gr 308. That is why even today many police departments continue to default to it. Sure there are better choices on the market, but institutional incest has them running the name everyone knows, instead of picking the best bullet for the job.

Today, in 2018 we have a lot more quality factory ammunition available to the precision rifle shooter. Federal, Hornady, even some of the smaller brands like Fiocchi make quality match ammunition in a variety of calibers. For me, the new standard I use is Prime Ammunition.

Watch any videos of me shooting, and you’ll more than likely see a box of Prime Ammo resting to my left. One of the best features when it comes to using Prime Factory Ammo is the variety of calibers I can get from a single source. Everything from subsonic .22 to match 300gr 338LM. I can load my pistol with Prime and service both, my 260REM and 6.5 Creedmoor rifles. 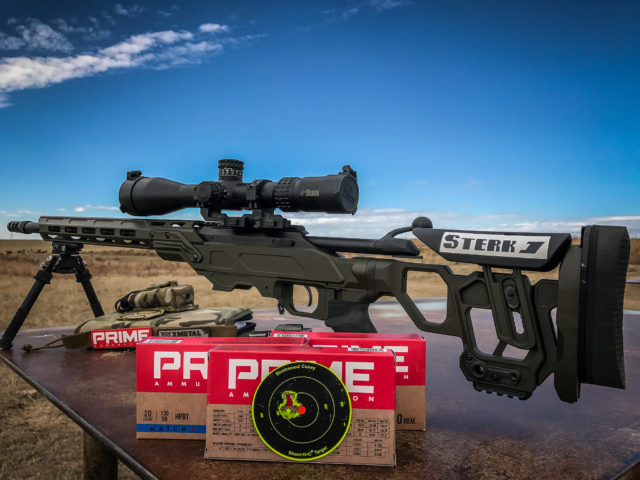 While Remington created the 260, they did a terrible job supporting it. You might find some 260 hunting rounds on a dusty shelf, but the lack of match 260 ammo almost lead to its downfall. This gap is what prompted the creation of the 6.5 Creedmoor. It solved two main problems, the lack of availability and the overall length issue. Contrary to social media, it’s not a fad; it’s a viable alternative to the lack of support Remington has shown the 260. Still, I am a big 260REM fan.

Prime 260 and 6.5CM use the 130gr Golden Target bullet from Norma. Where a 130gr might seem light, it has a secret weapon over the heavier bullets – speed. Combine this speed with a .585 BC, and you have a cartridge I have carried out to extended distances. I like the fact the consistency in the load will hold accuracy beyond typical ranges shot. I have shot a lot of Prime Ammo beyond 1 mile, and it works.

It’s not uncommon to run either the 260REM or the 6.5CM Prime at speeds of 2900fps or better. That number is dependent on several factors, mainly who’s barrel you’re running. Still, it’s a respectable speed for a factory offering. One negative to factory ammo can be the muzzle velocity. I often find instances where the load is 3/8th of an inch accurate, but the muzzle velocity is down 100fps from where a competition shooter wants it to be. That is just an elevation issue, but can be a reason to reload. The Standard Deviation is pretty darn good too.

I tend to look at my standard deviations as that number, combined with the overall Extreme Spread helps me keep the verticals down. This matters when I am shooting my rifles beyond 1000 yards. Here are some typical numbers I have personally experienced:

I encourage you to explore which round your rifle likes the best, as not every chamber will enjoy shooting a box of Prime, but my results have been impressive.

Acceptance from the Competition Crowd 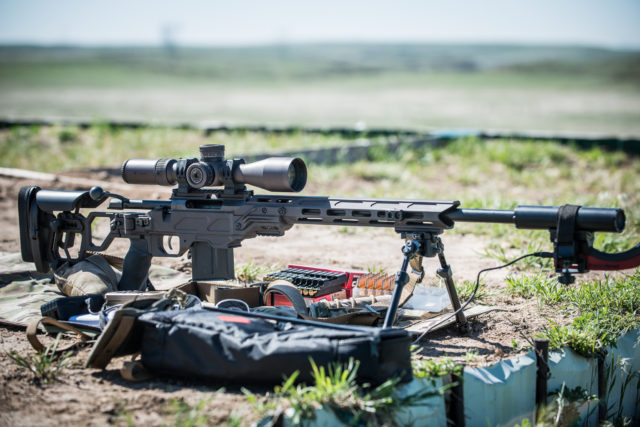 More and more members of Sniper’s Hide are switching to Prime for their competition rifles too. Accuracy with Prime Ammo usually is 1/2 minute or better. The funny story behind myself and Prime Ammo begins at a precision rifle competition. I was shooting a match at K&M in Tennesse. I was one box of ammo short with my 6.5 Creedmoor AX when someone gestured over to a gentleman sitting on a picnic bench. They said, “That is Jim from Prime Ammo, and he has some 6.5CM with him”. I don’t even think I even introduced myself, I just asked for a box to try, and the results were fantastic. When I arrived home without another word I just went online and ordered a case of 260REM, one 6.5 Creedmoor, the rest is internet history. I am a believer; you can hit any video of mine for the last two years, the results are there for the world to see.

The most significant element to shooting factory ammo well is understanding and employing the fundamentals of marksmanship. I am fundamentals Tryant on many levels. If your trigger control is lacking, if you fail to follow through on the shot, you can’t expect the same results. I am consistent in my application; you need to be as well to see the same results. 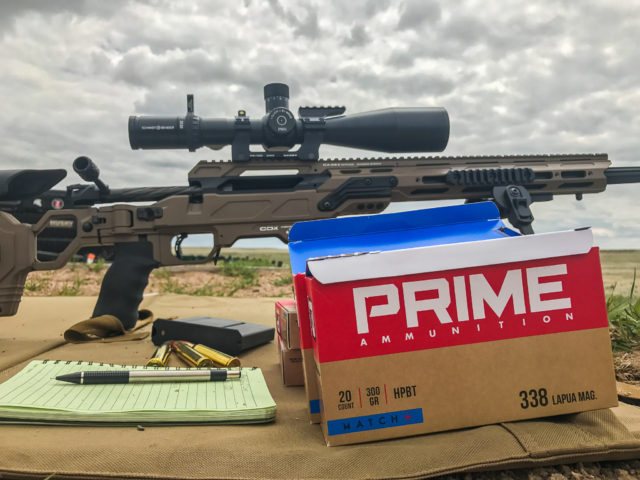 Teaching precision rifle classes through Sniper’s Hide, we put a heavy focus on the fundamentals. We begin analyzing your technique and spend the majority of time correcting these fundamental errors. It’s the foundation for all good shooting. Accuracy guarantees don’t take into account the shooter. Making you a better shooter means accuracy is almost guaranteed.

We often recommend new shooters taking our classes use factory ammo. You cannot always trust an unknown reload. The variations in temperature alone can cause an issue. A warm load during a Michigan summer might be blowing primers in the Colorado sun. It’s much easier to drop ship a case of Prime to a Sniper’s Hide class than it is to carry your reloads onboard a plane. Consider the logistics when traveling.

Prime as a company has been first class. When you order your first box of ammo, Jim the owner of Prime calls you personally. I worked with them to make it available in Alaska where a lot of my precision rifle students reside. They are responsive and listen to the market. If the ammunition did not work, I would not shoot it. We have too many options available to waste time with bad performance. I took the dive, bought the ammo, and I was hooked from the first group.

Test out the next generation of factory ammo today. You might save yourself a little time and effort.

L
Frank Galli
Could have shared some other brands of premium Match quality ammunition that also shoots great. Instead of focussing on Prime (which has had issues lately). Hornadys ELD-M for one, Berger's 140 Tgt Hybrid (in Lapua brass) at 2850 for another. Personally I have had great luck with Winchester's 140 OTM Match munition. Federal Premium is a second quality match ammo from Fedeeral with its 6.5CM 130 gn Berger pill. Norma also markets a match round in 6.5 CM.

Good explanation on what was behind the lack of commercial success with Rem's 260.

Had to add this, because I could not edit my above comment. Your overall point is most valid. Which is a person does not need to handload to get effective ammunition for long range shooting. There is a good number of factory offerings on the shelves these days.

So, on balance , a good article in calling attention to this fact. lg

When I started shooting a vintage sniper rifle, good match factory loads were available but at prices that I could not afford. So I reloaded for economy and for precise loads.
If you can afford factory loads, then you have a nice option.
Also, not all shooters are good at reloading. Reloading involves a whole different discipline. Each person has to ask themself if their loads are as good as factory. Would they be better off not reloading?