[g1_dropcap]I[/g1_dropcap] am a huge proponent of suppressors. I have been collecting suppressors since 2001, needless to say; I have amassed quite a collection. Suppressors are one of the best muzzle brakes you can get for your rifle.

When in doubt, suppress it ! 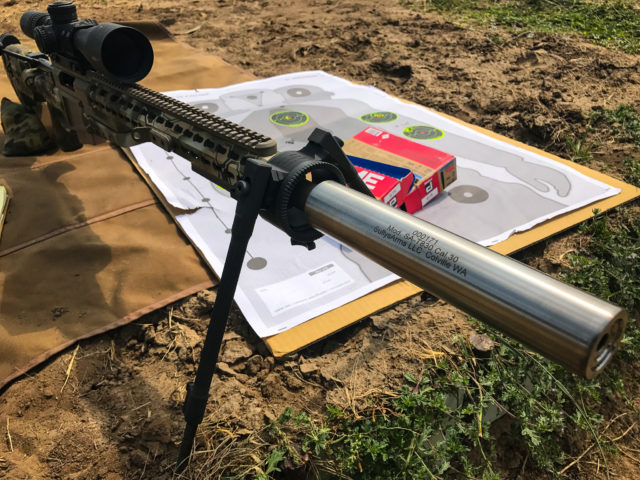 Suppressors are a tool, and like any tool, they should be used in the proper context. They are broken down into niche applications, from precision rifles to sub-guns with high rates of fire used in close quarters. In other words, you don’t want to mix applications if you can help it. That does not mean you cannot crossover a suppressor from one system to another. The results may vary, the basic principle of sound suppression not as much.

Coming from a precision rifle background, I covet accuracy and precision. Because of this focus in my shooting discipline, I am a bit more discerning in my choices. Not all suppressors are created equal in this application. The goal is understanding and recognizing what is essential to the application and end user. The most prominent example I can give is straight up, sound suppression.

Sound suppression is based on the volume of air created by the superheated gasses. How the can capture(s), the gases helps to mitigate the gunshot. In other words, all things being equal a bigger can will sound quieter than a smaller one. But with a precision rifle sound is a secondary consideration.

We are shooting supersonic projectiles, so the suppressor only goes so far in the sound department. Most suppressors of equal size meter within a few decibels of each other. I have been to several suppressor tests, and the average spread is only about 3db of each other. 3 decibels can be noticeable but really what the human brain responds to is tone. A low tone versus a higher tone. These differences tend to follow the design more so than straight DB readings. It’s the subjective part of a suppressor.

If I am shooting a sub-gun inside a building, I want to focus on sound suppression as well as durability with the high rate of fire. Superheated gasses get super hot, super fast. Doesn’t take much to bring them over 300 degrees to the point they will melt just about anything they touch. Including you and your gear. A precision rifle suppressor can get very hot, but you want to meter out the build-up of heat to prevent problems. It’s why we use a suppressor cover, to block the mirage. The heat coming off a suppressor is only a few inches in front of the high power optic. That mirage causes a lot of problems with accuracy. Using a cover is a must to block the mirage giving the shooter a clear path to view the target.

We all know heat is not the friend of the precision rifle shooter. Adding a layer like a suppressor introduces both temperature and a channeling factor. We are moving the gasses which in turn move the bullet. A poorly designed or assembled can will cause fliers in your groups if not worse. By worse, we mean a bullet strike somewhere inside the suppressor. It could be a baffle strike or an end cap strike; both have adverse effects on accuracy. Accuracy can also be shifted by the gasses and how they move inside. You may not get a strike, but you get those fliers. The more, the quieter a suppressor maybe, but that same effect can cause problems with accuracy.

Only accurate cans are interesting to me.

Given the variations we may be subject too, how do we decide what precision rifle suppressor to buy?

If you want to know the gold standard for a precision rifle suppressor you look to ThunderBeast Arms out of Cheyenne WY. Zak, Ray, Shane, and Company have created the best precision rifle suppressor on the market. Sure they have many competitors that come incredibly close, but I consider them the gold standard. The team at TBAC are shooters, and their development of suppressors are based on actual shooting. Not just sound tests, but accuracy testing. I compare most suppressors to the TBAC Brand and move forward from there. 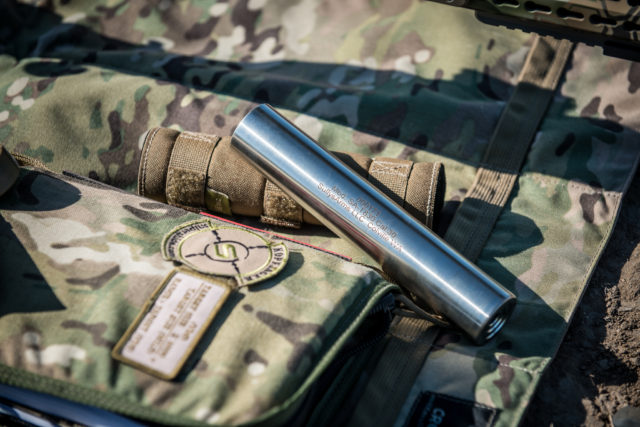 Some thoughts on buying a suppressor:

1. I am a fan of Titanium wrappers – light is right.

2. Quick Detach is not quick or particularly useful, consider a direct thread option for accuracy. Brakes tend to be the weak point in the application, just defaulting to a QD mount without doing your homework is ill-advised. When I have run into problems, it can usually be traced back to the brake.

3. You are hanging a weight off the barrel, the point of impact will shift so zero with the suppressor on or at least record the offset. The amount of shift is not always a reflection of quality. As long as the change is consistent, ignore it and move forward.

4. Sound suppression is secondary; a short suppressor can be very useful in mitigating noise and helps tame recoil. I am just as big a fan of a 5″ suppressor as I am a 7″+ one.

5. Embrace the wait! I understand it takes time for the ATF to clear your application. Don’t worry about the delay; once you have your first can, you will immediately see the benefit. Stand in line and get civilized.

6. Magnum Rating, it’s important to understand the pressure ratings when using a magnum caliber. Get suppressor that is rated to support the pressures. You can always step down. A 338 suppressor will work great on a 30 caliber precision rifle.

Switching a suppressor rated for one caliber and stepping it down to a different caliber is very common. You will not lose much in the way of sound suppression; in fact, it may increase when shifting to a smaller caliber. You can shoot a 308 suppressor on a 6.5 caliber rifle. You can shoot it on a 5.56 rifle. This is one of the benefits of a Quick Detach mount, the ability to move the can from rifle to rifle.

We can get very deep into the weeds with suppressors. From baffle design to welds, it’s all important. By choosing a quality product from a reputable company, you reduce the concerns. Don’t always focus on the sound numbers but the accuracy. If your rifle shoots 1/2 MOA groups and your suppressor opens that up to 3/4″ you are not doing yourself any favors. A quality suppressor should reduce the group’s size not increase it.

Don’t wait for the rules to change. I highly doubt we will see a change in the laws anytime soon. It’s best to get started today on your path to civilization.

A quality suppressor should last you two lifetimes. Maintenance on a centerfire suppressor is very easy. When you first get it, weigh it. Monitor the weight, and as carbon builds up, you can clean it out. You can find a host of cleaning solution recipes on the internet, but brake cleaner works very well. Spray it inside, cut the carbon out and then rinse. I have several cans with more than 15,000 rounds through them. They look dirty but shoot the same as the first day out. 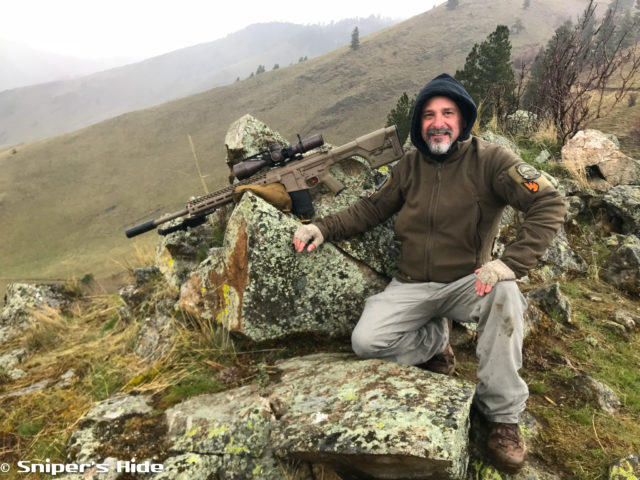 A quality suppressor should last you two lifetimes. Maintenance on a centerfire suppressor is very easy. When you first get it, weigh it. Monitor the weight, and as carbon builds up, you can clean it out. You can find a host of cleaning solution recipes on the internet, but brake cleaner works very well. Spray it inside, cut the carbon out and then rinse. I have several cans with more than 15,000 rounds through them. They look dirty but shoot the same as the first day out.

Thanks for reading, No wind.

L
Frank Galli
Great article! Damn it California won't let me be civilized:/
Outstanding article Frank! Thank you for the good tips and the stellar podcast Rah
Just started the wait on my path to be civilized.

You don’t have to convince me; my ears have been ringing constantly for fifteen years. You have to help me convince Sacramento.
I'm glad to have found this site. I am just beginning my journey into precision shooting and find these articles very informative.

As an aside, your last paragraph is repeated in your article.

Thanks for sharing your knowledge.
Your words are very true.great article .thank you