The Athlon Service rifle optic has been on the market now for a few months, and Service Rifle shooters have had it in their hands now for awhile. I have had the final production prototype on my rifle since last October.

SR is a sport that is not especially demanding of optics (broad daylight, fixed distances of 200, 300, 400 and 600 yards) but unforgiving on tracking, since there is a fair bit of dialing in the sport from station to station day after day, and matches/leg points are often won by x count.

At the time there was nothing specialized available that fit the sport's rules limitations, and SR has a lot of participation from juniors teams with a lot of young shooters whose parents are already getting hammered with costs for gear, travel, ammo etc. I wanted to see if Athlon could make an affordable scope for the sport. I got in touch with Kevin @ Athlon and he was open to the idea. But Service Rifle is a fairly niche market and it took awhile to get something together. But through it all, Athlon sought feedback from myself and a small group of shooters who were asked about the various bits and features we needed. In the end we got something that is working *really* well. The fact that we're starting to see extended reviews that say the tracking is on in the first place, and holding up over time, is really encouraging. There are other SR scopes on the market and thats not always what you hear - regardless of their buy-in cost.

Stuff that matters in Service Rifle:
The price point is a fraction of what you'd spend for some of the other scopes out there and in most cases the feature set is better or at the least equal to the top tier SR scopes.

Hopefully this scope will prove to be popular. It seems to be off to a great start, if the feedback on the National Match forum is any indicator. My thanks to Athlon for making this happen! 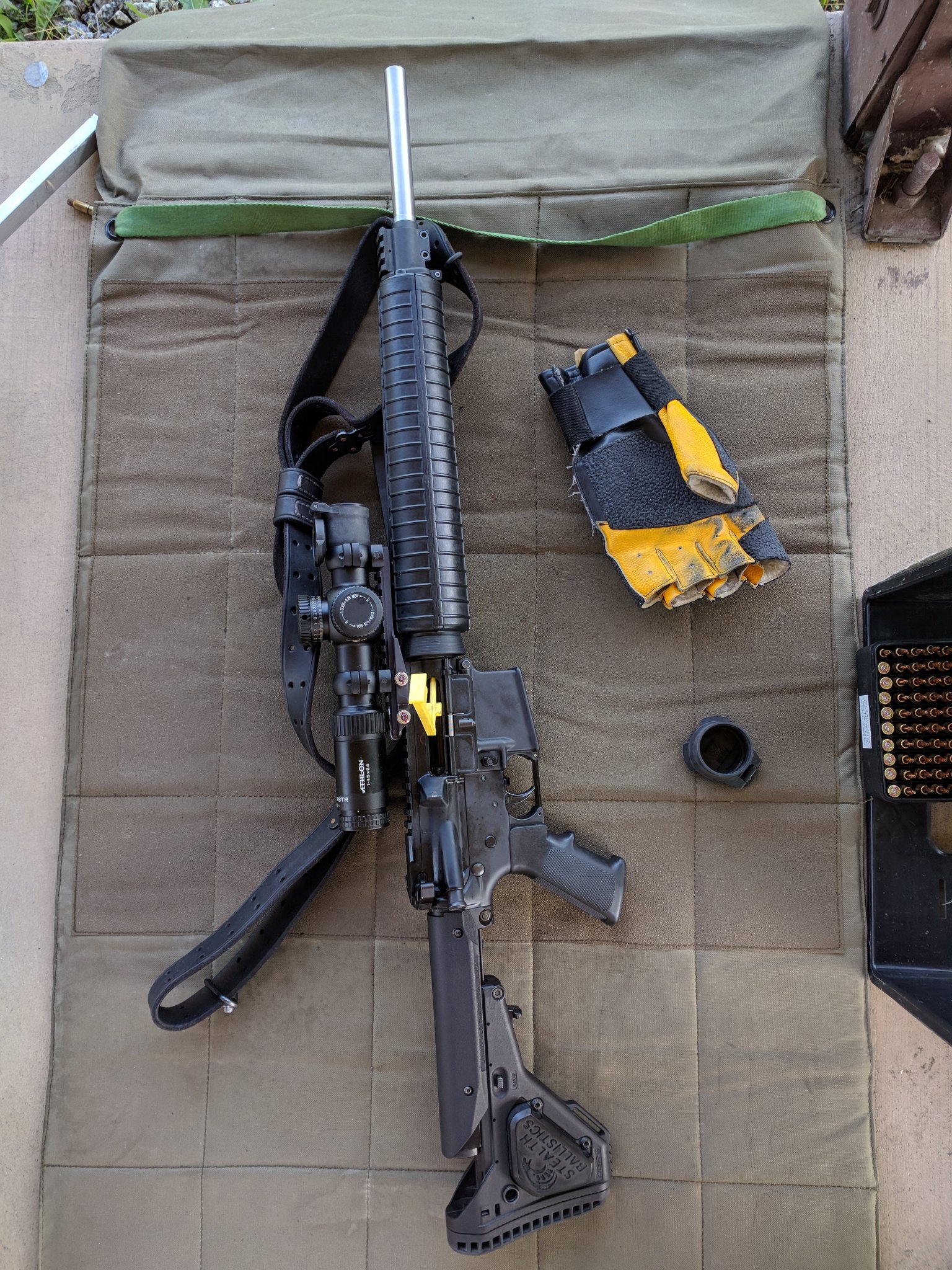 When will these be available? Haven't been able to find this scope on Athlon's website...and am in the market for one.

Any feedback on this scope since this post was posted? I'm looking for a new service rifle scope.
S

I have one, there's nothing I dislike about it per say but I would prefer it if it came with daylite bright illume. Though the reticle shows up decently on black target bulls with illume turned all the way up.
F

Never had an opportunity to look at or through one of these scopes, but a friend & customer put one on his AR SR over the winter, and it shot craps at the 1st match he shot with it a couple of weeks ago (would've been more matches shot by now, but for the pandemic, which shut-down the club range where we shoot).

steve123 said:
I have one, there's nothing I dislike about it per say but I would prefer it if it came with daylite bright illume. Though the reticle shows up decently on black target bulls with illume turned all the way up.
Click to expand...

Is the glass clear and bright?
S

ShooterM1 said:
Is the glass clear and bright?
Click to expand...

I think so, I like the glass better in it than my Burris XTR2 1-8 but that is a pretty easy feat to overcome. I don't know anyone that has better glass in the 1-?x24 department in my circle of friends to compare it to.
Show hidden low quality content
You must log in or register to reply here.

P
Inexpensive 22lr target scope? Arken or Athlon or other?