Summary:
I found that CLR will etch a rimfire (CZ) barrel and totally remove bluing in 15 minutes' exposure (photos below) but doesn't seem to affect unfinished stainless steel barrels if used judiciously*.

(* The opinion/observation on SS barrels is subject to change if more thorough testing by interested parties yields different results).
-------------

I'm starting this thread as another "chapter" in the carbon ring / cleaning discussion last addressed in this thread which had gotten long and a bit scattered. As usual, there is mention, concern, comment, etc. about the use of CLR (CalciumLimeRust cleaner) and possible detrimental effects.

What set the thread apart, IMO, is that @Frank Green of Bartlein Barrels weighed in with some observations from actual testing down on page 2 of the thread. He noted some etching and pitting after overnight exposure to the stuff... read it for yourself. Very good stuff.

I'm breaking this out to focus more on CLR per se as opposed to broader cleaning commentary.

My experience is that CLR does a great job in loosening carbon that seems practically impervious to various flavors of Hoppes and similar bore cleaners. The mildly abrasive, petroleum-based Remington 40X cleaner is far more effective than Hoppes et. al., works on copper fouling, and is less vicious to finishes and surfaces, but has its own potential issues if misused and can't hold a candle to CLR for nuking carbon.

Here's my process:
I have not noticed any detrimental effects on my unfinished (other than bead blasted) Bartlein SS barrels and APA brakes (I'll soak the latter for a couple of hours but not overnight).

But what about softer rimfire barrels? Mike Bush (@RAVAGE88) of Vudoo fame specifically recommends against CLR, so my Vudoo has never seen it.

But tonight I decided to try CLR in a carbon ringed CZ 455 factory barrel that might have been made with a cordless drill and a chainsaw file compared to top-shelf barrels; the bore scope and simply the feel of Hoppes-soaked patches going through reveals the barrel is, well, a CZ barrel - it shoots fine for what it is. I figured I'm not going to hurt it with CLR.

The first CLR patch blasted the carbon ring almost completely with a 5-minute patch "dwell" as described above. The bore scope, curiously (or not), showed the first 5-6 inches of the barrel almost completely free of carbon, followed by a sharply-defined 6-inch section of noticeably carbon-fouled bore, followed by a final shiny-clean section. I can feel patches hit the rough section. So I ran another CLR patch to see if more of the rough-section carbon came out - some did, of course, but not all, and I called it good. Three dry patches followed by four Hoppes patches followed by two dry and a final lightly-oiled patch.

Total time of CLR contact with the bore was 15 minutes tops, with only five minutes or so of CLR patch actually in the barrel.

You can see the mild etching; there were maybe five or six of these in the area where I let the wet patches soak for 2-3 minutes. Now, my previous exposure with "etching" was acid rain etching on a German car whose previous owner had let rain-wet leaves sit on the hood/roof/trunk for too long. I could clearly see the leaf etching - but I couldn't feel it, and I knew the car had not been waxed. My point is, given how rough that CZ barrel is, I'm betting the etching means nothing.

The muzzle bluing is gone where the CLR dribbled out.

Bottom line, for me, is there is a place for CLR in my firearms cleaning toolbox, but only for specific cases - not general cleaning. I really need to try the Bore Tech suite of products as well.

Hope this is of some use to the community. 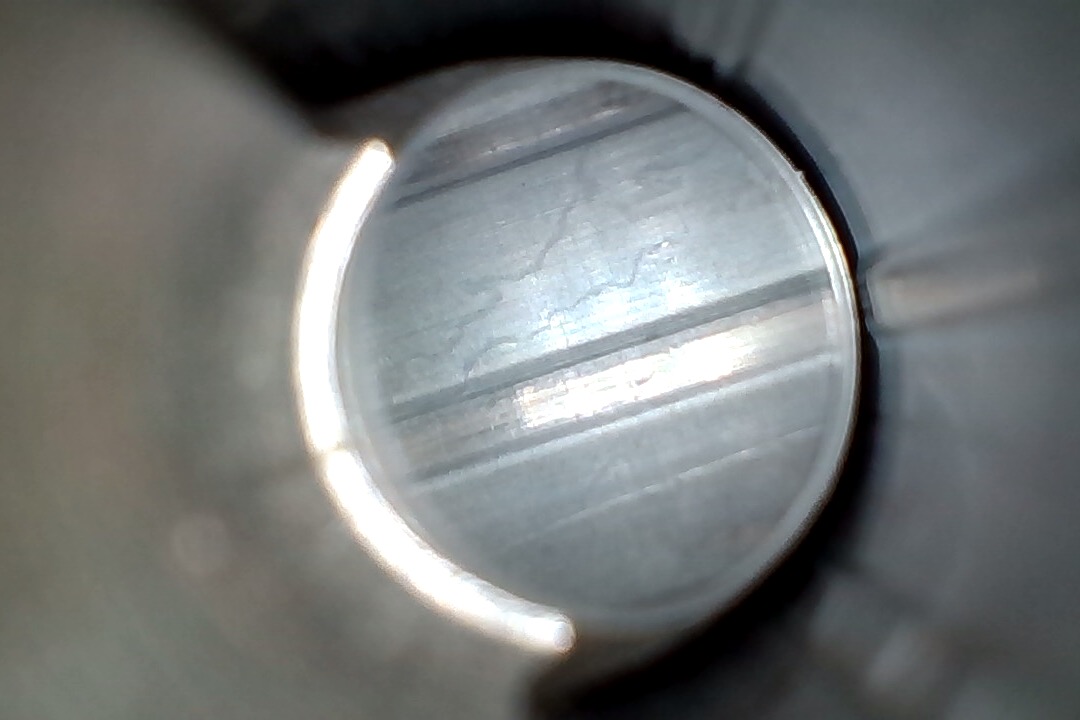 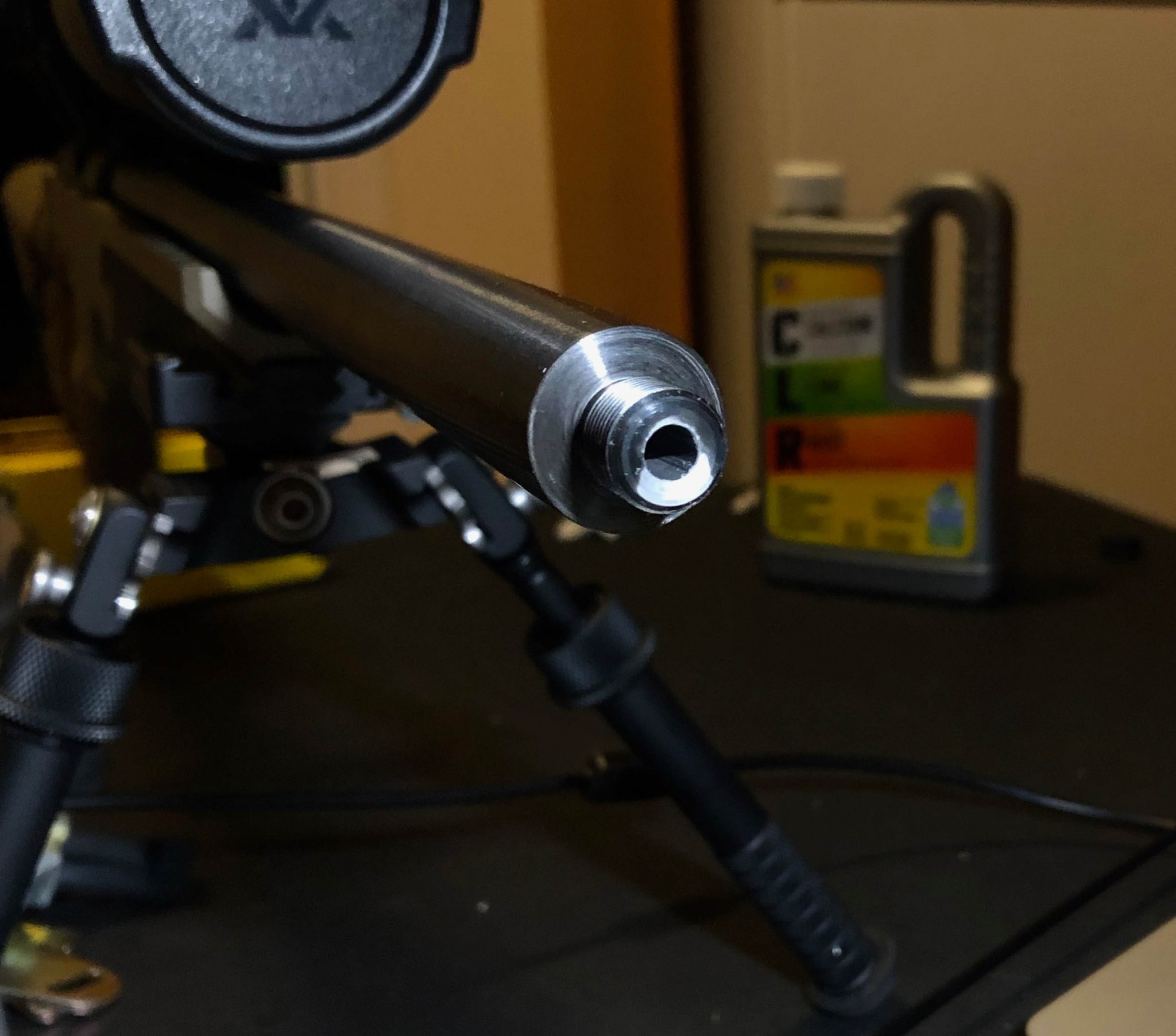 Bluing is a form of rust. I'm not surprised that CLR would remove bluing. Also not surprised about etching. Two of the main ingredients in CLR is Gluconic Acid and Lactic Acid.


Edited: You can use cold blue to touch up the bare spots.
Last edited: Feb 22, 2021
Reactions: Nebulous

Boretech C4 will be your friend forever if you try it.
Reactions: KYAggie, ZiaHunter, GMZ and 3 others

I'll never use anything else after trying boretech products.
Reactions: DownhillFromHere and Yote Klr
D

Just got back from a range trip... where I got another recommendation of Boretech products.... ok, let's go buy some.

I personally think CLR works much better than Boretech, but I only use it on SS barrels. And yes, it will eat bluing for lunch in minutes.

I use Boretech on everything, but I use CLR on the throats of my stainless barrels, especially when using Rl16. Also use CLR in my TBAC titanium suppressors.
Reactions: spife7980

I've used CLR to remove carbon from my stainless bbls. It works great. But only used for a couple of hours and NOT overnight.

Wiped it down with CLP/MPro7 afterwards. So far so good.

Boretech works well, but quite pricey. Obviously it's pricier if you damage your bbl

260284 said:
I use Boretech on everything, but I use CLR on the throats of my stainless barrels, especially when using Rl16. Also use CLR in my TBAC titanium suppressors.
Click to expand...

Yep. I don’t care about etching etc in a can. Clr takes max 1/4 of the time c4 does to loosen the carbon in there. You can actually watch it eating it and bubbling and depositing in the bottom of the container. And my 419 stuff they say to not turn it pink like an idiot. Well this idiot doesn’t care if it’s sorta pinkish, it’s done fast.
Reactions: 260284

It doesn't work as fast as CLR, but KG1 does a hell of a job eating carbon and doesn't damage finishes. I have had success soaking difficult carbon spots with it, too, in a similar manner to what the OP described.

In regard to copper eaters, KG12 does a bang-up job.

I have been using Boretech products for years with no issues. Haven't tried CLR on my barrels but carbon buildup has not been an issue. Use CLR to clean my ti cans. Tried KG1 and for me it seems the C4 works better.
Show hidden low quality content
You must log in or register to reply here.

What type of barrel rifling is this?

A
Got a cheap bore scope. Is this rifle cooked?