You are using an out of date browser. It may not display this or other websites correctly.
You should upgrade or use an alternative browser.
H

I want to start loading 6.5 Creedmoor, currently loading 9mm and .223 on Lee Pro 1000 progressives (what a pain!). I was planning on Forster Co-Ax press but I just found the Frankfort Arsenal M-Press. Looks like they are similar idea, the Frankfort Arsenal adds a cleaner looking primer tray and a cool built in LED Light. I love that both presses have quick change dies. Any feedback is appreciated, it seems that the Forster is the popular press.

Tagging along for info
W

I load for .308 and .223 on an M press, and I like it but I have never used the Forster. The "shell holder" system is pretty cool, but use a wrench or something to change the settings as it is tough to get it by hand. The light is cool to have, but it wouldn't have broken my heart to not have it. The primer tray works as advertised, and I much prefer it to the tube and a jar I have on my progressive press. I don't have the tools to measure concentricity, but my MK1 eyeball measures it as straighter than what I got out of my hand press or progressive. The die block setup makes it easy to swap dies, and they are cheap enough that getting a set or two to leave your dies set isn't out of the question. There is an adjustment for the block retention, which will also affect the amount of "float" you get out of the die if you tighten it. The only issue I have run in to is my .223 resizing die (Hornady) hits the shell holder if I have it adjusted how I want it. I haven't acquired another .223 die to compare, but my .308 RCBS die does not. To be honest it is probably a problem with the die, as that set had a shell holder that was drilled off center, and burrs on the threads to the bullet seating die but that's a different conversation. Let me know if you have any questions or want specific pictures of anything.

I have been mulling over this exact decision for a while. I don't think I'll actually make a decision til my old lee challenger single stage finally dies
Last edited: Apr 22, 2020
Reactions: Snuby642

I’ve used the Forster and it’s nice, but I ended up going with the Frankford. It’s a little more compact and fits my workspace better.
Only downside imo when comparing the 2 is the Forster uses the standard style thinner lock rings that come standard with most dies. Where as the Frankford makes you use their thick proprietary rings. So every time you want to load a new caliber you gotta get another set of rings from Frankford.

Oh, and another thing worth mentioning is the Forster shell holders are a pain in the ass to change out, where as the frankfords are super easy. ?
W 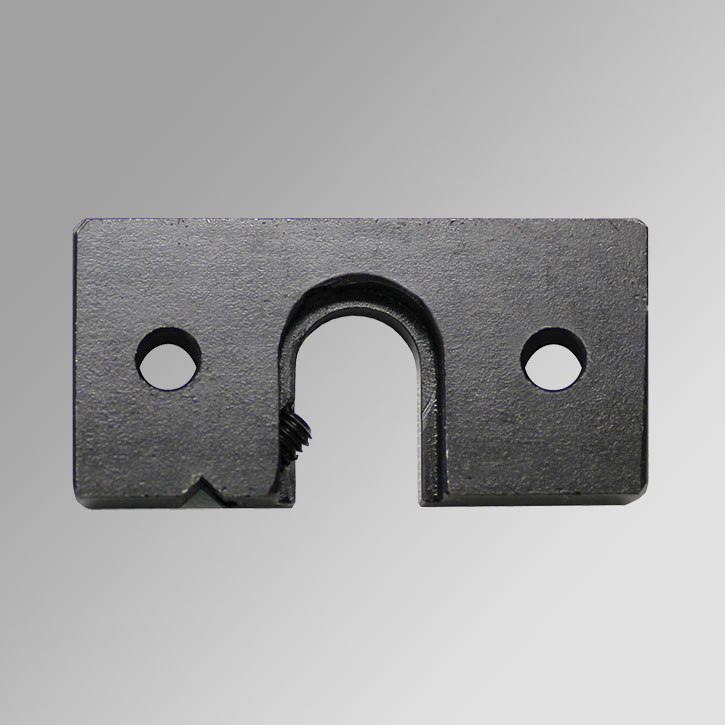 Our Shell Holder Adapter Plate allows you to use standard shell holders in place of the springloaded, universal shellholder jaws that come with the Co-Ax...

This thread has good info.

Anyone seen one of these in person? Own one? I’m happy someone else is making a co-ax press other than Forster. Nothing against Forster..... I’d just like to actually be able to own one. Anywho..... input please.

I had considered the m-press until I saw this. I like my Hornady micro-adjust seating stems enough that I don’t want to replace them. Don’t know if the coax has the same issue, most likely not as the opening in the handle looks taller.

It's clearly a Chinese Knockoff. I'd rather wait and spend my money on the US made original.
Reactions: spelunk, equilibrium and WhiskeyWebber

Anyone seen one of these in person? Own one? I’m happy someone else is making a co-ax press other than Forster. Nothing against Forster..... I’d just like to actually be able to own one. Anywho..... input please.

I had considered the m-press until I saw this. I like my Hornady micro-adjust seating stems enough that I don’t want to replace them. Don’t know if the coax has the same issue, most likely not as the opening in the handle looks taller.
Click to expand...

On my coax, with creed and 270, I am well below the coax handle loop with my hornady micrometer tops. If I extend them all the way up past 6 or 7 on the mic scale it will hit but I use them down towards 1 or 2 on the scale and they fit easily.

Honestly, I never realized the mics even went up that high until just now when I checked to see if I could make it fail.
Reactions: Snuby642

Reviving this slightly older thread...
A buddy of mine just took delivery of a Frankford Arsenal M-Press. Was super excited, says press seems well-built
Key word here: "Was".
As was setting up his dies, he discovered his Forster Ultra-Micrometer Seater Die will not fit. It's not that it's too tall...it's too wide.
Has anyone heard of this? Is he doing something wrong?
I checked the Frankford Arsenal web site and there is a 1 star review that also mentions dies not fitting.

Bonanza Co-ax is proven, made here, not in Kung Flu land. It costs a few more dollars, which probably reduces the beer available to guzzle. But, cause every flaming ass out there is CHEAP, history keeps repeating itself, and otherwise sane folks screw themselves with their cheapness. Probably buy Tasco rifle scopes too

I take the handle off of my Forster because it made loading too easy, I found it difficult to feel seating primers and bullets. I still put the handle back on when full length sizing. I guess if you had to have a problem that's a pretty good one to have

I just picked up my M-Press. Having read through this thread and a couple of others on here I knew it was a tossup whether I would end up keeping it or not. Have to say, for $120 shipped I'm pretty damn happy with it. The shell-plate thickness wasn't an issue for me and I found a work around for my Hornady micrometer seating die. Basically, just have the handle in front of the die, not returning it all the way back after seating. I just pull one side of the shell-plate aside to release the round. Some might call it an extra step, but honestly can't say it was a problem for me and I sort of prefer that to the auto-release.

Only problems with mine were:
Smothered in grease. Would be understandable on the moving parts, but there were globs on the shell plate area.
Primer tray is kind of a pain in the ass to release. But unlike my old RCBS, it actually works to collect them so can't complain too much.
Missing die block and set screw in another block. Set screw I swapped with an RCBS die, but still kinda pissed they missed putting in a whole die block.

After playing around with it last night, resizing and seating a few rounds, I'm very impressed for the price. I could see people's hesitation with it was $240 or whatever, but at <$150, it's a no-brainier in my opinion. I was pretty unsure how I'd like the floating blocks, but after using it, I think they're pretty solid. No mic to measure runout, but I'd guess it's an improvement from the RCBS single stage I was using before.
Show hidden low quality content
You must log in or register to reply here.
Share:
Facebook Twitter WhatsApp Email Share Link