Hi,
Well it looks like the Department of State is finally going to be specific in regards to what constitutes a "manufacturer" in terms of ITAR products and the essential ITAR registration.
The attachment is the new proposed definition of "Manufacturer". (Please note this has not gone into effect yet) But is what the Defense Trade Advisory Group is submitting to DDTC for approval and implemention.

Thanks. This one will take some time to decipher- no surprise there!

This doesn’t help most of us at all. Assembling an AR would be “gunsmithing”, but threading a muzzle or barrel tenon would be manufacturing. So, almost all gunsmiths will still need to pay the ITAR fee.

Perhaps this shows some possible clarification (from page 1 of the linked White Paper) . The bold text below is my emphasis

Considering the possibility of revisions of Cats I-III and removal of most commercial firearms and related activities from the ITAR, DDTC requests DTAG to review and provide feedback to accurately and effectively define “manufacturing” (and distinguish from other related activities like assembly, integration, installment, various services) for remaining defense articles and services.
Reactions: Ackley Improved and scotharr
P

Thanks, Steve.... I'd skipped right to the definition and not read the beginning. Doing a little poking around, I'd missed the news last fall that small arms are to be removed entirely from ITAR. That would be fantastic, and downright rational.

Yes the DTAG has been reviewing on how to remove "most" commercial items from Cat I, Cat II and Cat III of the USML Sec 121.
The "issue" they are running into per the last meeting is exactly how and what items to list "commercial" so that those items transfer over to Department of Commerce ECCN control and away from US Department of State DDTC control.
What "exactly" constitutes commercial vs what "exactly" constitutes significant military equipment is the billion dollar question with none of the powers to be wanting to answer that one yet lolol.

Another "update" on the potential changes to ITAR

Steve_Rose said:
Another "update" on the potential changes to ITAR
Click to expand...

If followed through, can I get an Amen... 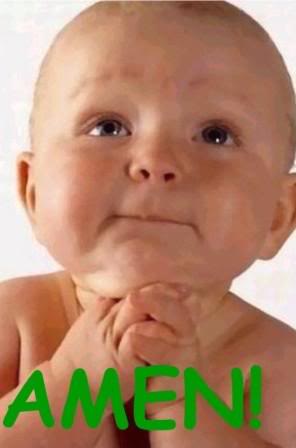 Just get rid of it all together.

ITAR was one of the biggest ongoing jokes when I worked at a DoD contractor.
Reactions: THEIS

It STILL is a big joke but it is not going away completely!! Its funny that I just met with President of the AmCham (American Chamber of Commerce Abu Dhabi) about the F35 manufacturing facility that is coming to Abu Dhabi and all the licensing requirements that are having to be done for the supply chain companies coming from the USA side.

Any new updates on this?

I like how I pay ITAR because I manufacture suppressors, but cannot export suppressors outside the US by California law. Just seems, well, dumb?

Do you know if these proposed ITAR changes became offical? Are we not passed the end of the comment period?

@Steve_Rose
There have been no official changes to anything yet. The changes have been proposed and commonly accepted by the appropriate Government entities BUT we will not see any OFFICIAL changes come about until they have agreed and compiled exactly how the Department of Commerce is going to take control of Cat 1-3 items along with what ECCN, section and subsections all of the current USML 121 Cat 1-3 categories and subcategory items/services will fall under.
They still have a lot of work..especially since we know the Department of Commerce really does not want to handle this transition and what is the Department of State going to do with the direct hires and contract hires that are assigned to those respective categories.

THEIS, thanks for all the diligent work keeping us up to date on this. Any idea, even if just a guess, when we might see this happen? Are we talking end of 2018? End of 2019? Actually never, as so many good things promised by Uncle Sam seem to end up?

Well I just renewed both my ITAR registrations (Manufacturer and Broker) so I have no hope of any official changes by end of 2018.
I am hopeful that the changes will come to fruition in 2019 before I have to renew lol.

Well I just renewed both my ITAR registrations (Manufacturer and Broker) so I have no hope of any official changes by end of 2018.
I am hopeful that the changes will come to fruition in 2019 before I have to renew lol.

Thanks. I've got my interview with ATF for my FFL next week. Guess I just won't do anything that constitutes manufacturing until it's completed.

Are you fairly confident that it is going to happen, eventually, or do you think this is just a tease? I commented during the public comment period, but it's still showing as a proposed rule in the Federal Register. Seems like when the former administration shoved 41F down our throats, it happened nearly overnight. We were givena date andthat was it. Would pressure on elected representatives help speed the process up?

I recently found this in the news: New Trump rules make it easier for U.S. gun makers to sell overseas

@THEIS or anyone else have more links. info, etc. on the whether the purposed "removal of most commercial firearms " made it into the revised regulations?

First, lol...That article is horribly misleading!!! And next month timeframe is hilarious!!!

But in general most items from USML Sec 121, Cat I, II, and III are being moved from DDTC control to Dept Commerce control...UNLESS the specific item has ANY military value/usage.

I have not seen the FINAL version of changes to be implemented but the proposed version(s) were still very restrictive in regards to "Military value/usage".
Also the items have to be considered COTS also (Common Off The Shelf)..so anything not viewed as COTS would still fall under DDTC.

So in reality...between "COTS" and "Military value/usage" it is going to still be restrictive IMO as I have not seen the final version that is to be implemented.

@THEIS , They way I understood it, most small gunsmiths got wrapped up in ITAR because threading muzzles and chambering barrels (as well as a few other things that involved machine work) was defined as manufacturing, and then subject to the export rules.
Will the new rules clear that up?

Now you are talking the new definition of "Manufacturer" .

That problem has always been that DDTC and BATFE operated on 2 different definitions.

While I am aware that a new dual accepted definition is coming out which is intended to ease the burden on gunsmiths I do not have information as to the actual wording of the new definition as that is a complete different Defense Trade Advisory Group "panel".

There seems to be a lot of rumors in regards to the time-frame of the upcoming ITAR changes. It seems different training companies are putting out different effective dates.

Here is the latest update matrix from DDTC as of Today.

THEIS said:
Hi,
Well it looks like the Department of State is finally going to be specific in regards to what constitutes a "manufacturer" in terms of ITAR products and the essential ITAR registration.
The attachment is the new proposed definition of "Manufacturer". (Please note this has not gone into effect yet) But is what the Defense Trade Advisory Group is submitting to DDTC for approval and implemention.

I think that I am interested in this but I don't understand what I am supposed to read on that page. There are a ton of links.

I think that I am interested in this but I don't understand what I am supposed to read on that page. There are a ton of links.
Click to expand...

@bax
What are you interested in specifically and I will see if I can help clear things up; as that link was posted almost a year ago so the white paper it was highlighting has long been pushed down the pages.