According to a report that was just released by the Centers for Disease Control and Prevention, cases of chlamydia, gonorrhea, and syphilis in the United States reached the highest level ever recorded in 2019. Thanks to the popularity of Internet “dating apps”, there has been a boom in casual sex in recent years, and this has resulted in a tsunami of STD cases that is absolutely unprecedented in our history.

Of course, things were not always this bad. In fact, if you go back to the early days of the Bush administration, syphilis had almost been entirely wiped out, and cases of chlamydia and gonorrhea were at very low levels…

“Less than 20 years ago, gonorrhea rates in the U.S. were at historic lows, syphilis was close to elimination, and advances in chlamydia diagnostics made it easier to detect infections,” said Raul Romaguera, DMD, MPH, acting director for CDC’s Division of STD Prevention in a written statement.
“That progress has since unraveled.”
Click to expand...

Unfortunately, the landscape has completely changed since that time. Just check out these numbers…

According to the CDC, preliminary data from 2020 suggest that many of the trends continued into 2020.

According to the CDC, there are dozens of STDs currently spreading in the United States. Approximately 20 million new STD infections occur in the U.S. every single year, and at any moment in time approximately 110 million Americans are dealing with a sexually-transmitted disease… 1/3

“Self care” has never been more important. 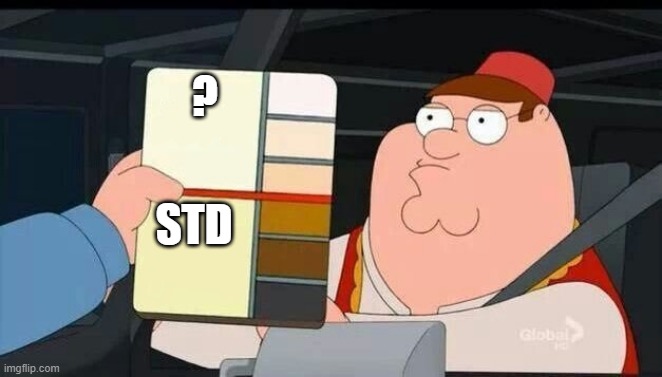 Chicago anything on 2 legs ,black =STD

How much for the goat?

My test came back positive for herpagonorrsyphilaides......I thought that was just a covid variant.....gulp.......

Are you muslim?
Reactions: Snuby642

I would BBQ it.