I know she looks short in that pic, but the internet claims she's 5' 7". I know for sure she's not shorter than 5' 5"
Reactions: abizdafuzz

She looks like she's a good sport and fun to party with......

My wife probably wouldn't cotton to me doing that though.....
Reactions: abizdafuzz, canman, Thumper580 and 4 others

It makes sex in the shower more difficult than it's worth. Unless you're also very short, I guess.
Reactions: abizdafuzz and sjstill

Won a lot of gunfights with those.
Reactions: Fig, lawofsavage, canman and 7 others

Reactions: geek65, jlang, Decoy and 19 others

Mooncake said:
It makes sex in the shower more difficult than it's worth. Unless you're also very short, I guess.
Click to expand...

Look at those legs. She can probably hold on longer than I could.
Reactions: jungle45 and 1J04
3

She looks like Lady Gaga, well shit I may have to take a vacation
Reactions: hermosabeach, jungle45 and 1J04

canman said:
Like I said "For me looking at young pretty girls is like shopping with no money"... In her case I'd take out a loan.
Click to expand...

Reactions: PorkChop, Magnumitis, wileyx and 32 others

Some poor bastard’s head is about to become pink mist.
Reactions: abizdafuzz, canman, tnichols and 3 others 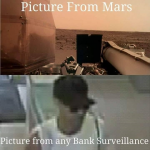 Angelique Pettyjohn
I don’t think she was cast due to her being Homely... it’s the baked potatoes

Either that's one of those old Marlin goose guns or she's 4 feet tall.
Reactions: SpookM14, 1J04, hermosabeach and 11 others

The more I watch this the funnier it gets

Thats a classy shot of an attractive girl. Does more for me than a nekkid pic.

A nice SxS LC smith like some jerk has would be even sexier........
Reactions: 1J04, abizdafuzz, canman and 3 others

Tucker301 said:
Either that's one of those old Marlin goose guns or she's 4 feet tall.
Click to expand...

Another clip from Cartagena 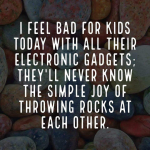 Reactions: abizdafuzz, Maple One, jungle45 and 4 others

I do love a fairy tale ending!

Sheriff: Woman kills jail escapee who kicks in her door
COLUMBIA, S.C. (AP) — An inmate who had escaped minutes earlier from a county jail in South Carolina was shot and killed by a woman after he kicked in her back door, the local sheriff said. The inmate was still in his orange jail jumpsuit and had grabbed a knife sharpening tool from the woman's kitchen in Pickens as he headed toward her bedroom around 3 a.m. Tuesday, Pickens County Sheriff Rick Clark said.
"This was a big guy. If she hadn't had a weapon there's no telling what would have happened," Clark said. "I gave her a big hug. I told her how proud I was of her." The woman was home alone and had gone through training to get a concealed weapons permit, Clark said. Bruce McLaughlin Jr., 30, died from a gunshot to the head, Pickens County Coroner Kandy Kelley said. McLaughlin and a second inmate, Timothy Dill, beat up two guards in an escape they had planned for days, Clark said at a news conference. Dill was recaptured by deputies without incident about the same time McLaughlin was shot, but the two were going in opposite directions, the sheriff said. The guards had bruises and one complained of a sore back, but they should recover, Clark said. Inmates tried to help the guards while they were attacked, Clark said. McLaughlin and Dill stole the guards' keys and locked them in a room, but inmates also broke the door down, the sheriff said. Dill is charged with escape along with two counts of kidnapping, and first-degree assault and battery as well as other charges. McLaughlin had been in and out of the Pickens County jail about a dozen times on charges ranging from drug possession to assaulting a police officer to shoplifting. He was currently awaiting trial on first-degree burglary and grand larceny charges, according to sheriff's office records. Dill was awaiting trial on a criminal sexual conduct with a minor charge. The sheriff said the homeowner was shaken by the shooting and asked him to help her maintain her privacy. He did not release her name. Clark said he thinks the shooting is justified, but will forward the case file to prosecutors once the investigation is finished. "This is the shining example" of why owning and knowing how to use a gun is important, the sheriff said.
"She came out on the good on this end and the other guy, the bad guy, didn't," Clark said.
Reactions: oneshot86, xringr, abizdafuzz and 11 others

Reactions: KUSA, WATERWALKER, Fig and 16 others