On a lighter note:

Rivers told an audience at the Saban Theatre in Beverly Hills this past January, "That baby is ugly … I've never seen a 6-month-old so desperately in need of a waxing."

On Gwyneth Paltrow being named the world's most beautiful woman by People magazine:

"Look at Gwyneth Paltrow being named the most beautiful this year. She got Helen Keller and Stevie Wonder to vote."

"The last time a German looked this hot was when they were pushing Jews into the ovens."

On the late Whitney Houston:

"I hate Houston. It's crawling with bugs… Oh, wait, that's Whitney Houston; I'm sorry, my bad. (Can I just mention that Whitney looked fabulous at the Grammys? She was in mahogany from head to toe.)" — From Rivers's book "I Hate Everyone … Starting With Me"

"No. 1, the girl made it on her back f---ing the president, we all know that, of the network. No. 2, she's fine, she's ordinary. She's not a genius. She's an ordinary girl that was f---ing somebody high up in the industry and they gave her a break and she's doing OK. Whatever she is, she's a drunk. I don't wish her good luck, I don't wish her bad luck. I don't think she's particularly funny."

On Tommy Lee Jones as a red carpet interviewee:

On Jennifer Lawrence tripping when she walked onstage to accept her Oscar in 2013:

"It just dawned on me why Jennifer Lawrence fell on her way up to the stage to get her Oscar. She tripped over her own arrogance."

On Angelina Jolie's high-cut, leg-baring gown at the 2012 Oscars:

"Everyone took her to task with that photograph with the leg out, but to me it looked as if she had a terrible yeast infection and she was trying to air it out."

"Rihanna confessed to Oprah Winfrey that she still loves Chris Brown. Idiot! Now it's MY turn to slap her."

On Willie Nelson (a joke that, Rivers recently told Andy Cohen on Watch What Happens Live!, was one of the rare ones she dropped from her act because Nelson's daughter wrote her a letter telling her that the bit had caused her to be teased at school):

"He wears a Roach Motel around his neck."

"Congratulations to Adele on the birth of her 68-pound, 8-ounces bouncing baby boy."

On Lindsay Lohan's many court appearances:

"Lindsay Lohan said she wouldn't mind being under oath because she thought Oath was a Norwegian ski instructor."

On Elizabeth Taylor (a favorite Rivers target for years):

"If Kate Winslet had dropped a few pounds, the Titanic would never have sunk."

On Camilla Parker Bowles (who, along with her husband, Prince Charles, became a close friend of Rivers's):

"Camilla Parker Bowles is so ugly that at airports they make her frisk herself."

On Katie Holmes's acting skills in The Kennedys miniseries:

"Katie Holmes is not a very good actress. Did you see her try and play John F. Kennedy's wife? She was so bad he shot himself in it."

"You know Michelle is a tranny."

On Kristen Stewart's relationship with her Snow White and the Huntsman director, Rupert Sanders (which, Rivers told TMZ, prompted Stewart to threaten to sue her):

"Many stars only do one thing well. Of course, the best one-trick-pony is Kristen Stewart, who got a whole career by being able to juggle a director's balls."

"If you ever want to go to Paris, fly. Don't take the tunnel."

"I think Sarah Palin is an amazing woman. I think she represents everything strong a woman can be, and I think she should go someplace, to another planet, to show them, and get out of our face. ... They're right to blame Sarah for the shootings [of former Arizona congresswoman Gabrielle Giffords]."

On Oprah Winfrey (to Oprah, who said she'd gained 50 pounds since winning a beauty contest, during an episode of The Tonight Show that Rivers was guest-hosting in 1985):

"You shouldn't let that happen to you! ... You're a pretty girl, and you're single. You must lose the weight!"

"Bo Derek turned down the role of Helen Keller because she couldn't remember the lines."

"I knew I was an unwanted baby when I saw that my bath toys were a toaster and a radio."

"My husband killed himself. And it was my fault. We were making love, and I took the bag off my head."

"My husband wanted to be cremated. I told him I'd scatter his ashes at Neiman Marcus. That way, I'd visit him every day."

"I was so ugly that they sent my picture to Ripley's Believe It or Not, and he sent it back and said, 'I don't believe it.'"

"I said to my husband, my boobs have gone, my stomach's gone, say something nice about my legs. He said, 'Blue goes with everything.'"

"The fashion magazines are suggesting that women wear clothes that are age appropriate. For me that would be a shroud."

"All I ever heard when I was a kid was, 'Why can't you be more like your cousin Sheila?' And Sheila had died at birth."

"I've had so much plastic surgery, when I die they will donate my body to Tupperware."

"I've learned: When you get older, who cares? I don't mince words, I don't hold back. What are you gonna do to me? Fire me? It's been done. Threaten to commit suicide? Done. Take away my show? Done! Not invite to me to the Vanity Fair party? I've never been invited! If I ever saw the invitation, I'd use it as toilet paper."

There should be rules against posting inane, pop-culture dreck like that on SH.
Reactions: Yasherka, Ravenworks and QuickNDirty

I never thought J.R. was funny. Your post proved it.
Reactions: EddieNFL and 1J04

Mr. Sugar Tits to you

Benefactor of the Resurrection 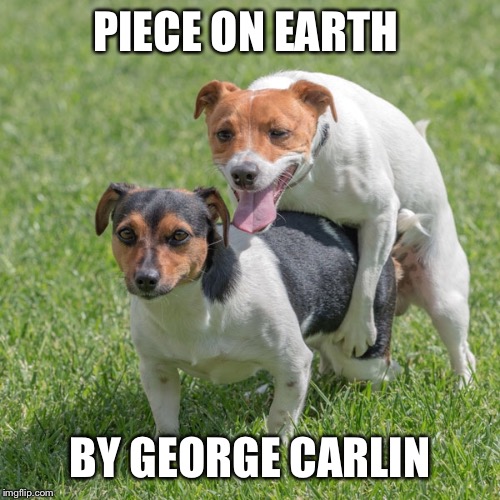 Rivers was an interesting person. Consider she started doing comedy in the late 50’s. She thrashed the shit out of everyone, yet stayed in Hollywood virtually to her death in 2014. Pretty impressive.

“A 1964 appearance at The Bitter End resulted in their appearance in the motion picture, Once Upon A Coffee House, which was also Rivers' first big screen credit. The group parted ways shortly afterwards, on which member Holmes later recalled: "We were supposed to do this rally for Bobby Kennedy, who was running for New York senator in 1964. We were going to play at the rally. Joan showed up with a [Republican Senate nominee Kenneth] Keatingbutton on. And Jim said take that off. She said no — she was sticking to her political guns. And Jim said, "Who needs you, anyway?" That was the end [of Jim, Jake & Joan]
Show hidden low quality content
You must log in or register to reply here.

The Queen's Funeral... I could not stop watching!

Movie Theater Cowboys (and others) and their HORSES...updated

Chuck Norris and Wife Discuss How She Nearly Died