RCBS Summit Press? Would you get one?

Looking at this press to replace my coax. Anyone have it and do you recommend it?

Whats the issue with the Co-Ax

427Cobra said:
Whats the issue with the Co-Ax
Click to expand...

no issue really. I don't like it. I have to go all the way down to release the case and that annoys me. LOL
N

I use a Summit for seating and absolutely love it

One cool thing about the Summit is that you can also convert it to an arbor press: 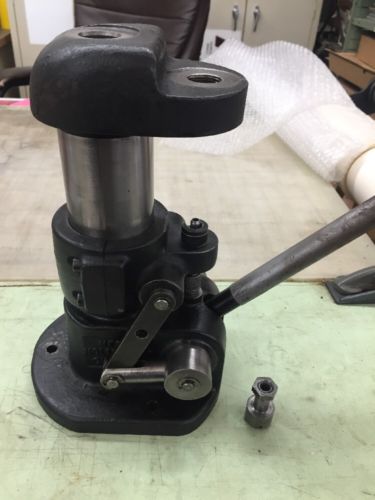 I'm guessing that RCBS had to do something to skirt the patents, so they flipped it "upside down" so the fixed part would be at the bottom and the sliding part would come down from above, and they reversed the relative positions of the shell holder and die bushing so the shell holder would stay on the bottom part.

What I like about this design is it does not put a lot of torque on the front edge of the bench. It's very annoying when the press torques the whole bench top and rattles everything on it. I've seen the stoutest benches shake. What's more, I've never seen one that does not. It would probably take a cast concrete bench. I considering that, but bought a Summit instead.

To upgrade the Summit, you can get a cross pin that goes through the linkage instead of the two bolts. It somewhat limits the height of the die you can use but there's still about 4 and 1/8 inches -- taller than any die I have. This pin should make the linkage even more stout that the Hollywood. 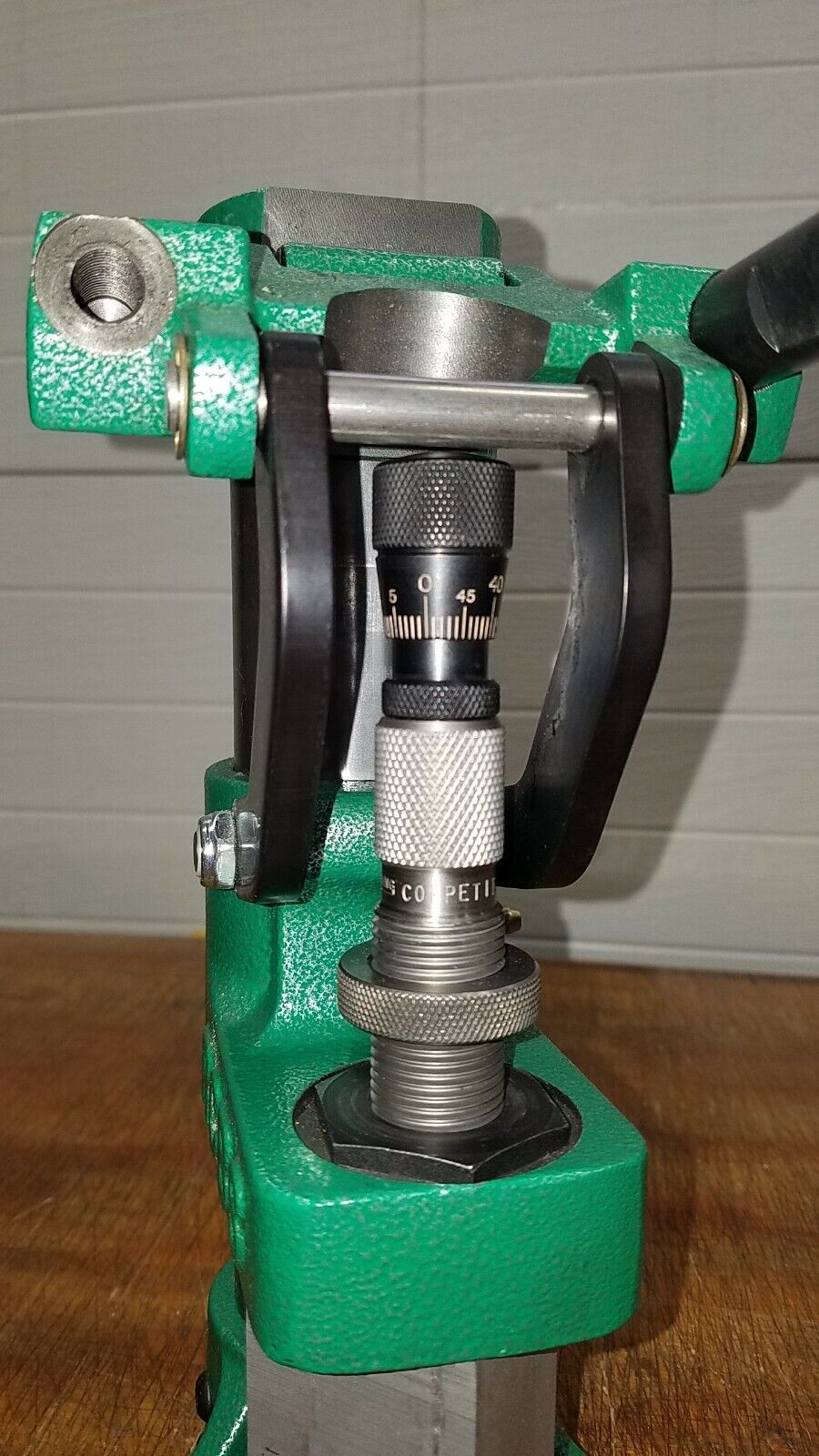 Also, you can get the short handle from RCBS, but I prefer roller handles. This one from Inline Fabrication is short: Another upgrade I see consists of a primer catcher with a tube adapter. I sort of doubt that I will decap much on the Summit. I will use my cheap Lee ABLP progressive with the case feeder. The Lee APP would also be good for decapping.

I most want the Summit for resizing rifle cases, and for bullet seating for rifle and handgun. I read some comments that it does not provide a lot of leverage compared to a Rock Chucker, but that it's similar to a Forster. I don't need to do any extraordinary resizing. I considered seating on an arbor press, but there is no die to do so for my handgun cartridge. I might get the Wilson seaters for my rifle cartridges to use with the arbor press conversion but I might also just get Redding seaters.

I don't have mine yet, but I am anticipating that one of the things about the Summit that will be different is the relative positions of the shellholder and the handle swing. Most presses have a handle swing that goes well below the press base and many people prefer to mount them on risers so they don't have to bend their back on the down stroke. I'm expecting the Summit will work better in a lower position because the handle is already higher. That means shell handling will be down around waist level rather than at my sternum.
Reactions: KZP, CarbonMTN and Saf3sh00t3r

Where did you find yours? Everyone is sold out.

Saf3sh00t3r said:
Where did you find yours? Everyone is sold out.
Click to expand...

Amazon has it for the jacked up price of 400
Reactions: CarbonMTN
N

I ordered mine from rcbs. That was a couple of weeks ago though

Northfl said:
I ordered mine from rcbs. That was a couple of weeks ago though
Click to expand...

They and i believe all of those under the vista group do that. Unfortunately due to medical issues i do not qualify for that discount. One of the guys here at work just set his up said it was simply uploading his dd214 to the site.
Reactions: Sniperwannabee

Sniperwannabee said:
Amazon has it for the jacked up price of 400
Click to expand...

Sniperwannabee said:
Amazon has it for the jacked up price of 400
Click to expand...

It's a great press. Went with the short handle.

I got rid of the one I had, it was shit. Noticeable play and slop between the base and the shaft when sizing.

Garbage. Maybe mine was a fluke.

I have the red white and blue one, I bought it used off of this site. I freakin love it. I put it on an Inline quick change set up. It sizes br sized cases effortlessly. I can’t speak for seating, I only size on a single stage, I do everything else on a progressive. I also have a mec marksman. Both are fantastic but I like the summit for sizing better. It’s easier on my shoulder and a bit more consistent than the mec.

There’s a rock chucker supreme local at Coastal, if you want it let me know