I've been to Germany once (Berlin). Didn't seem weird to me, at least no more so than any big city here.
R

I was researching that one a little bit from some of the earlier posts on the site. Everyone seemed to think it was a very good break.

I've been to Germany once (Berlin). Didn't seem weird to me, at least no more so than any big city here.
Click to expand...

I mean with their cultural rituals, their obsessions etc. Ever see an older proper German toilet? They crap on a “shelf” so they can inspect the turd, and the water pressures blows it off after ze inspection is done. 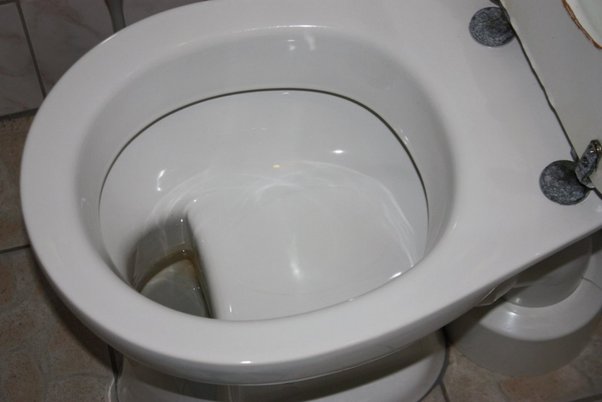 Although some dispute that this design is for inspection.

And yeah, never been to Japan, but the anime/hentai/manga/whatever the hell they call it that I’ve seen indicates there is some serious weirdness underfoot!
Reactions: spife7980 and 308pirate

This is what I have on my Savage 338 and it helped recoil tremendously.
C

FjallJager said:
Because semi-autos are not legal in much of Europe for hunting. Or heavily restricted.

In Germany you can only have 2 rounds in a semi-auto during a hunt. Making it a BANG, BANG, oh shit I have to fight this magazine.

Take a look at this guy's Sauer 404 with a big magazine.

Did anyone else watch this? I run my computer through my home audio/visual receiver and my "TV" for this is a projector with a 120" screen about 8' away from me.

That was a good watch, though that kids rifle didn't seem to be a straight pull to me, but he runs his bolt gun how I always have, and that is to say, he cycles the bolt with the rifle still mounted on the shoulder.
There was a recent thread on the Africa Forum where the guy shoots and teaches people to dismount the bolt gun and cycle it down by the waist, don't understand this if you're not disabled or don't have a specific reason to do so.

Anyways, watching that kid hammer balls out running hogs while cycling through his bolt at record speeds was neat, and at the end it noted he was doing so while also dealing with pneumonia...

He also runs a monster bolt knob which is something I bought for and run on my 458 lott, I bought the one made by Hornady, called the Hornady bolt ball, I think, big rubber ball you slide over your bolt knob, and whilst not super pretty, I absolutely love the thing, makes fast cycling so much more efficient.

Good shit, I'd still run a double rifle if I could afford one though, that was a fun watch.
S

I looked at one of the Impulse "varmit" rifles in 308 at Cabelas. It was not as bad as many here are making it out. After the first couple of pulls where you get used to the movement and force needed, it becomes very intuitive and easy. They let me finger bang it for about 10 min without any hassle and I got to where I could rack that sucker FAST. Even the counter guys were initially like "yeah, it's kinda awkward." at first but watching me mess with it commented on how they now saw how fast and smooth it could be....because they didn't take the time to mess with it beyond a couple of "yanks" when it first came in. I almost bought it even.... UNTIL, one of the counter guys chimed in, "hey if you like that, we have an old Swedish straight-pull you may like..."

I would call that rifle an acquired taste, we have had and sold several of the impulse rifles, I do not like it. It's a heavy lift the pull is not bad, just not my cup of tea, one of the younger guys bought one and loves it and it runs it well. Maybe I am getting uncoordinated in my old age.

Maybe I'll buy one when Savage's blued barrels don't rust the first time they're in very humid weather... like both of mine have.
Show hidden low quality content
You must log in or register to reply here.

Savage Impulse seems to be rarer than unicorn teeth. Has anyone bought one?

Has anybody heard of aftermarket support of Savage's Impulse?