Mhahn said:
What suppressor is that?
Click to expand...

Quarter Horse said:
A question for all the Bravo owners. If some of you are familiar with the TRGs, how close does the Bravo approximate the feel of a TRG? Specifically, the trigger reach, grip feel and curvature of the cheek.
Click to expand...

A TRG has a triangular shape cheek piece which I really like. The Bravo is rounded and thicker. The trigger reach was adjustable on the TRG so I don’t know how to compare that but the Bravo has a similar feel from what I remember.

The TRG stock feels much more solid than the bravo as you would expect. The bravo does feel like plastic and feels cheap in comparison as you would expect but it is the best stock in its price point as there really is nothing else comparable.

I don’t have a bravo right now but I did have one for my Tikka a while back but sold it here. I may end up picking up another that takes ctr mags though. Its a good stock.
Reactions: Quarter Horse

ceekay1 said:
The Bravo LOP is adjustable. In fact if you need longer, might want to consider getting the steel spacers as they really help balance out the gun if you plan on running a heavier profile barrel.

If you mean you need adjustable LOP for the Bravo: no you don't. bhahahaha. Since the adjustable LOP add-on costs almost as much as another Bravo, you might as well just put together another gun for whomever you have to share yours with...
Click to expand...

I know you can put shims/spacers in, but I mean a fully adjustable length of pull. I do find it a touch short but not terrible but my shooting partner can’t shoot it worth a shit cause it’s way to short for him.

I just find it crazy the cheaper adjustable length of pull for the rim fire stock is 50-75 bucks but for the centerfire it’s the same price as the chassis. That’s the only thing that bothers me with them. Other then that, fantastic chassis
Q

@wade2big. Thank you for your impressions. I've never bought or ordered a custom. I considered the TRG to be fugly. Think inverted fish belly. I buy factory and alter to my needs. When I got behind the TRG it was as if it had been fitted by Purdey's. Still fugly but who cares. I imagine I can get the Bravo to work. Thanks again.
Reactions: sinister and wade2big
W

Quarter Horse said:
@wade2big. Thank you for your impressions. I've never bought or ordered a custom. I considered the TRG to be fugly. Think inverted fish belly. I buy factory and alter to my needs. When I got behind the TRG it was as if it had been fitted by Purdey's. Still fugly but who cares. I imagine I can get the Bravo to work. Thanks again.
Click to expand...

I bet it will work for you. If it doesn’t for some reason you can sell it for a minimal loss. Think rental fee.
E 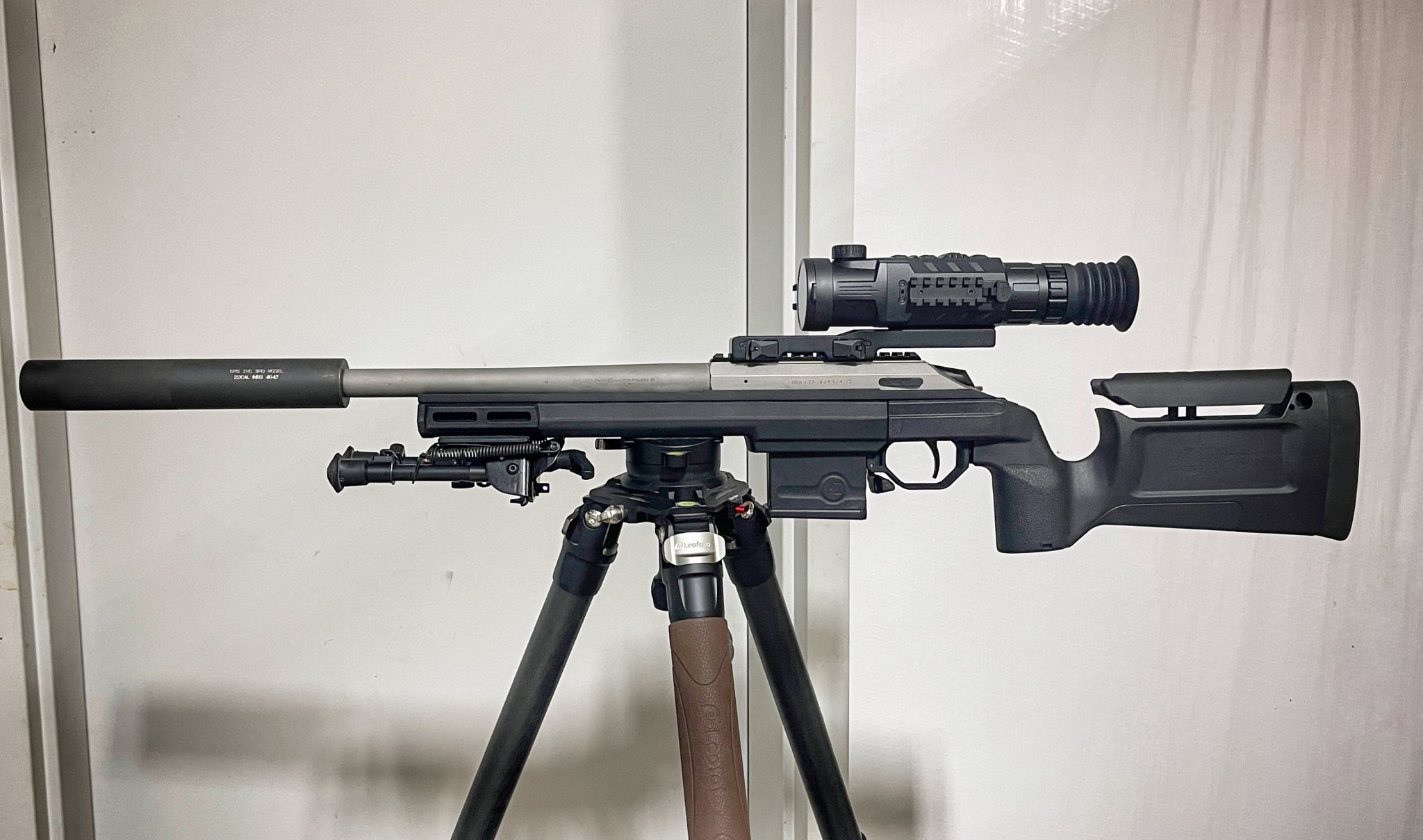 What is the consensus on that bag rider?

drew_235 said:
What is the consensus on that bag rider?
Click to expand...

Wouldn't go w/o it. Can't beat the price either. Get both colors if you can't decide.

On a side note, I have both the metal and poly tool-less butted height mechanism and the poly is very good. I needed the poly for less weight in the rear. It weighs less than two spaces as well. I think I actually prefer the poly to the aluminum from a user standpoint.

A couple I just finished up for my father/daughter teammates Laura and Randy
Plus a family shot with my Bravo. 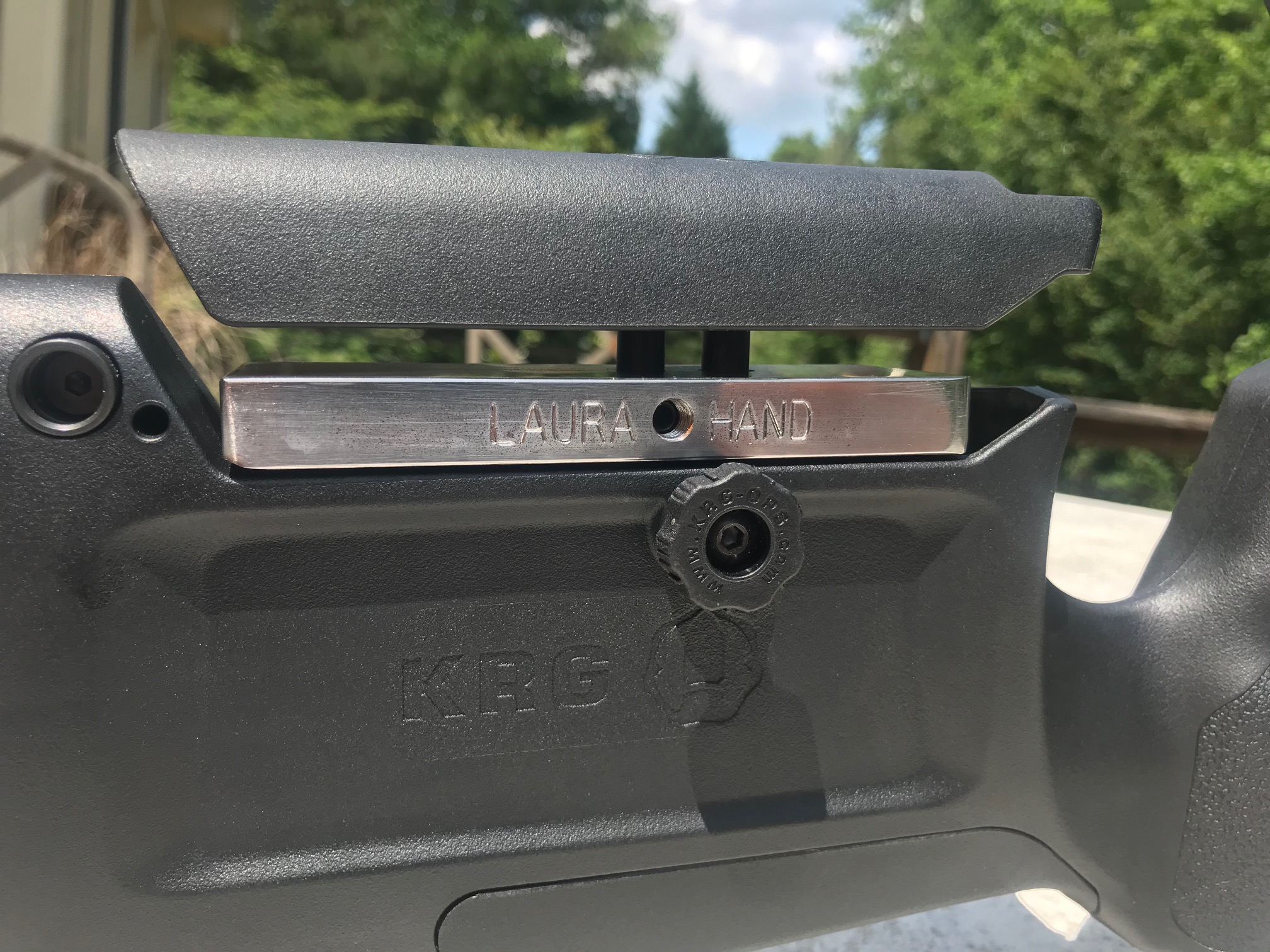 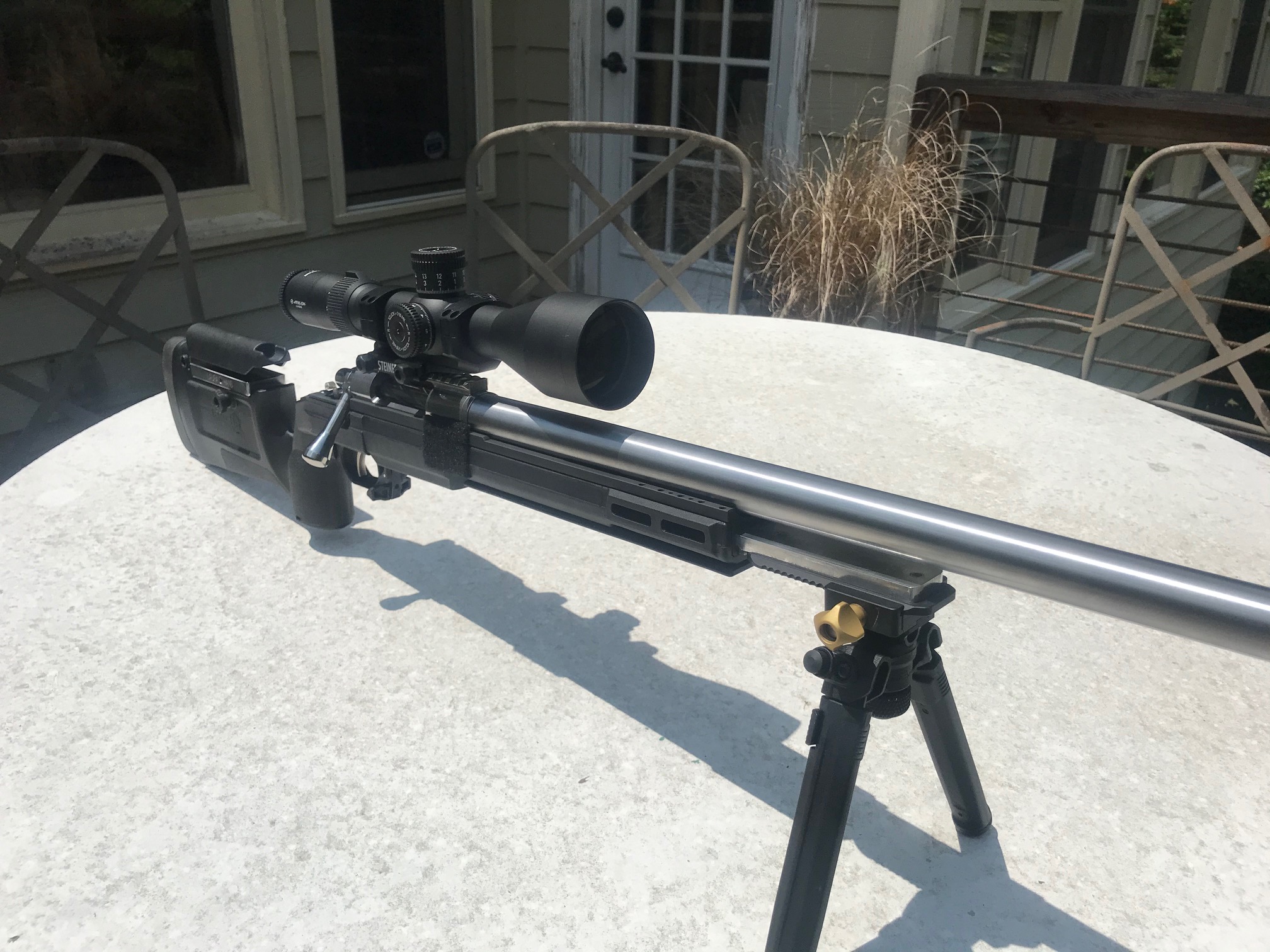 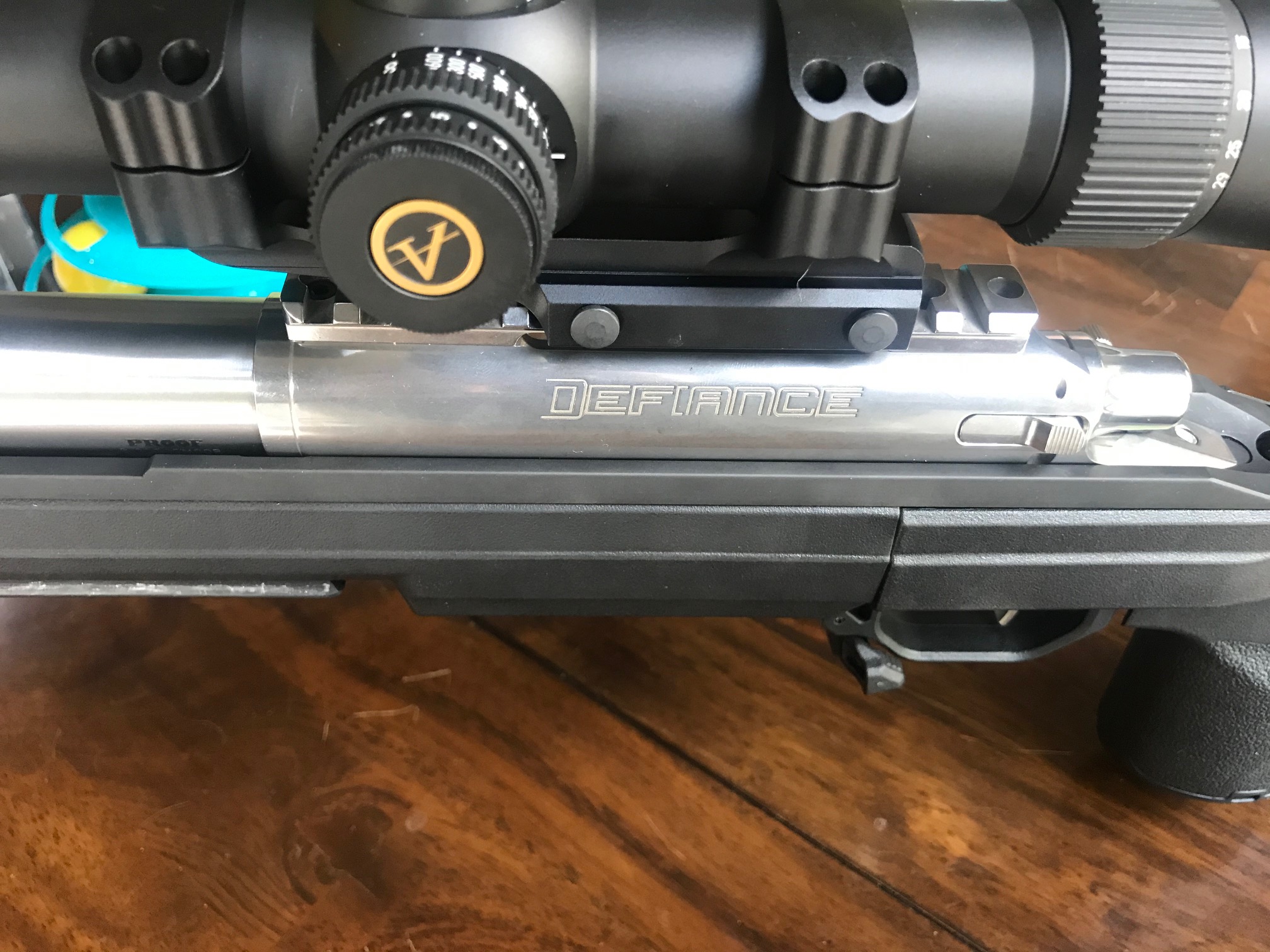 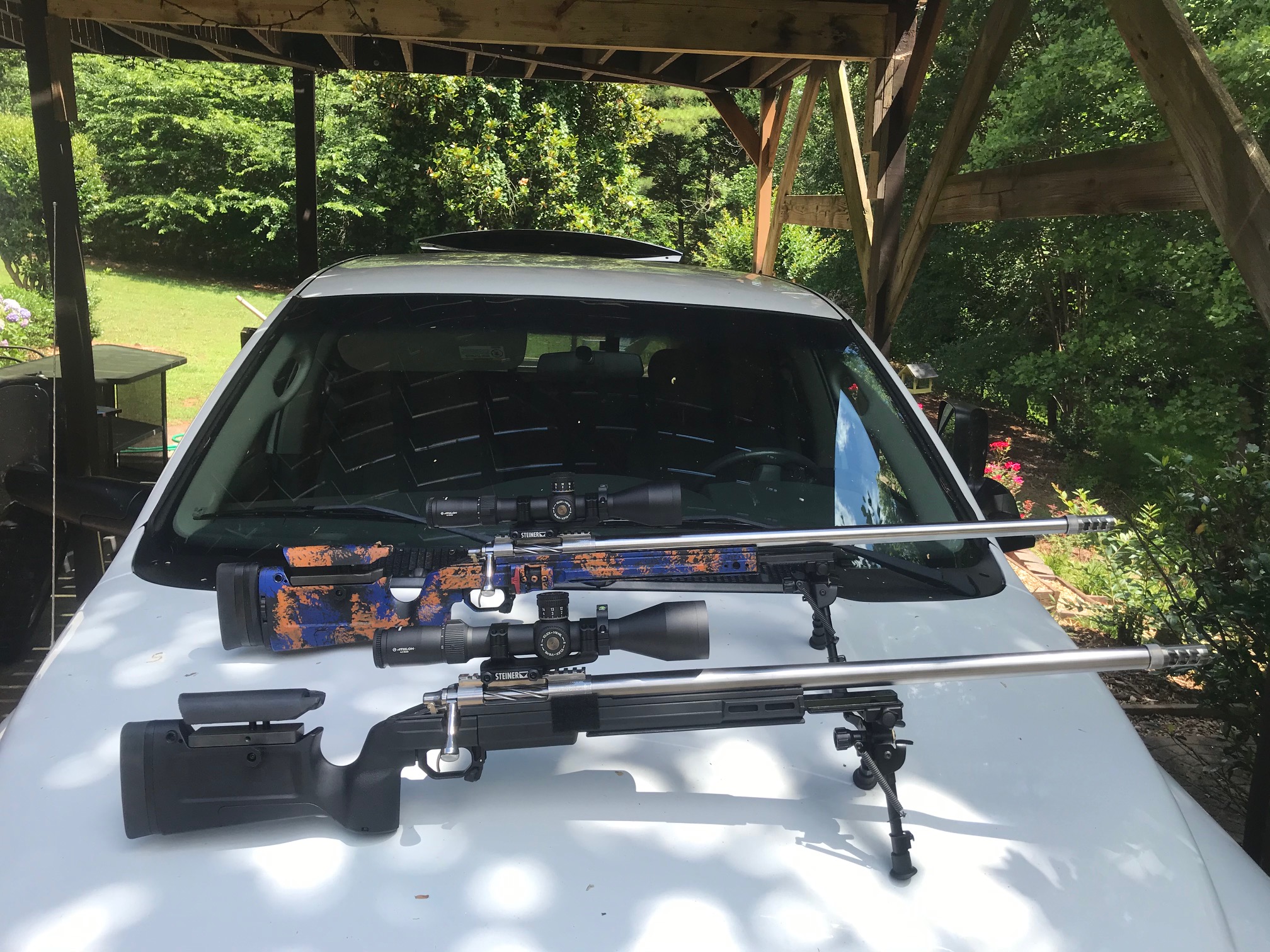 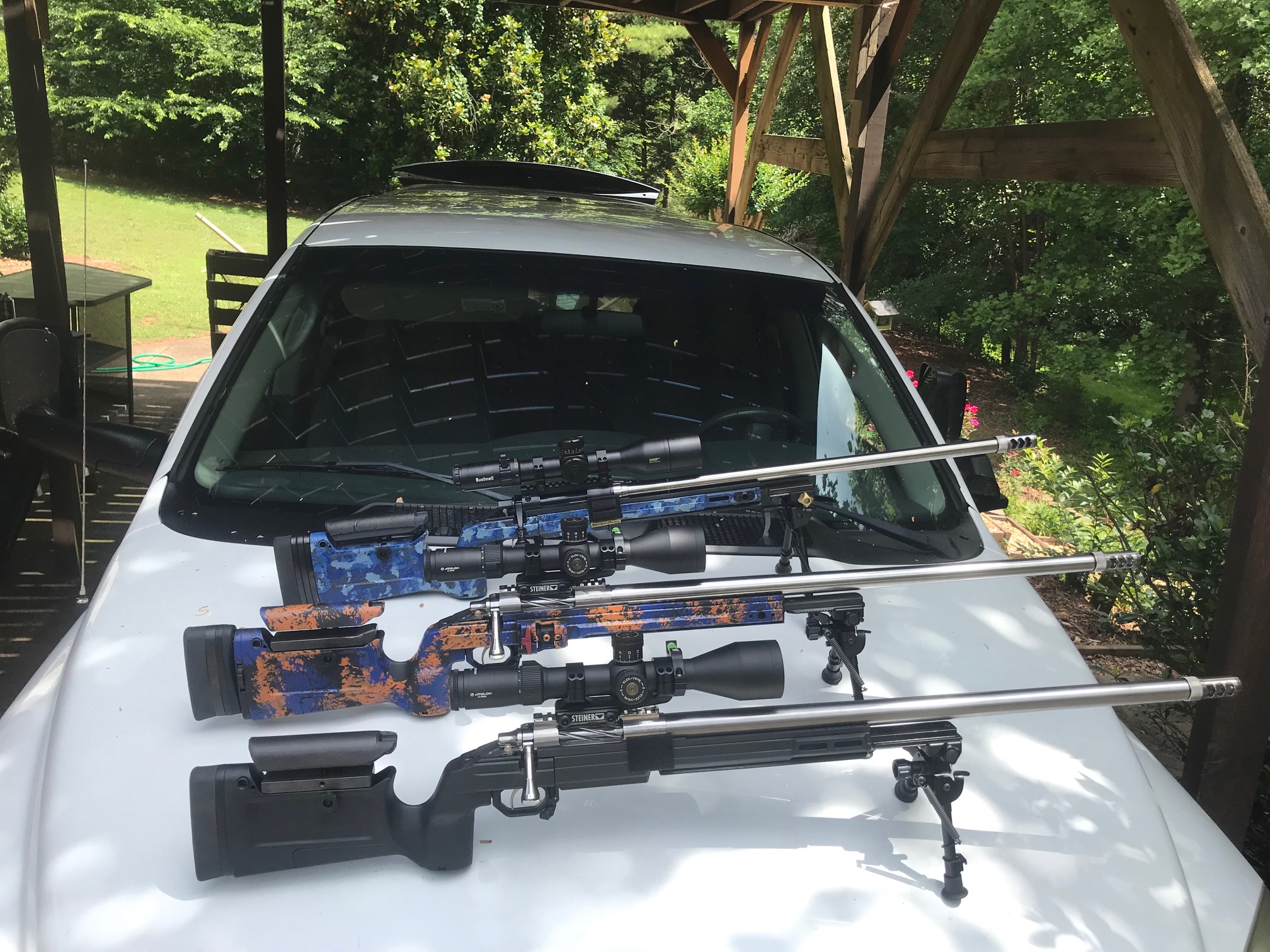 A low budget 700 Rem in 308 that shoots surprisingly grate and is now my main hunting rifle. 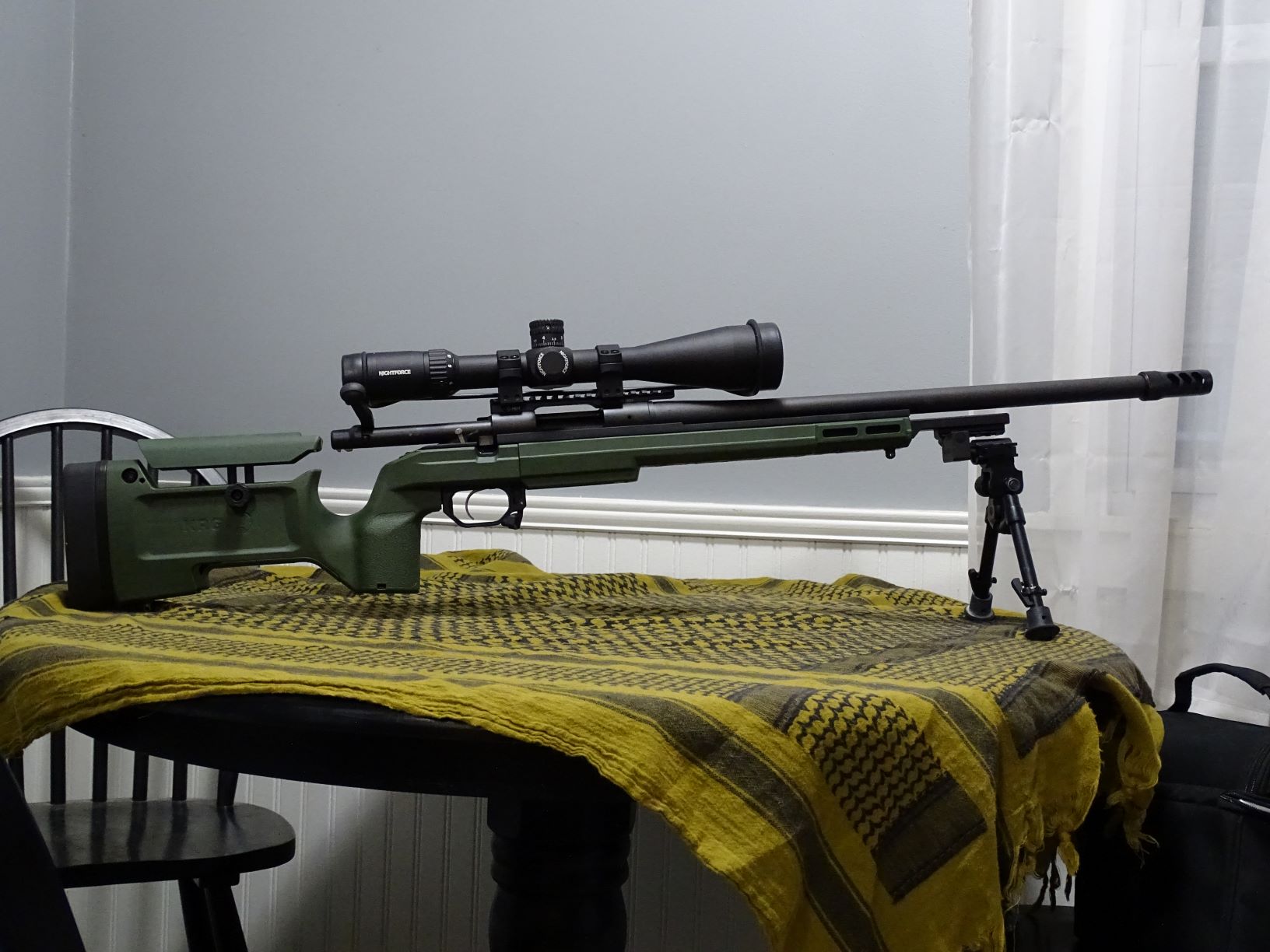 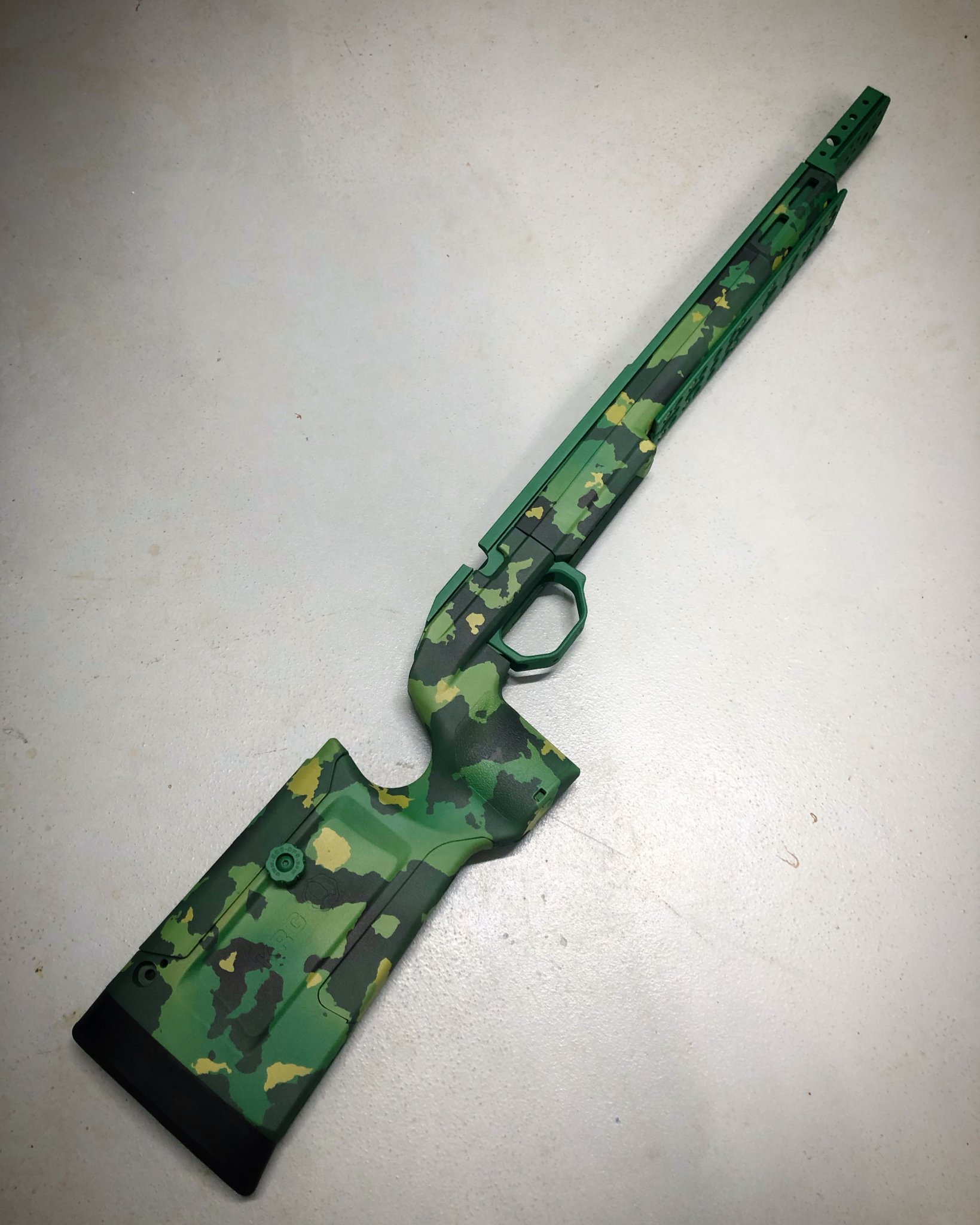 Just getting back into precision rifles after a long break. Trying to go a little more budget oriented than I did the last time. Picked up a Bergara B14 18" 6.5, KRG Bravo, Pig 0311 Tripod and Pig Saddle, Viper PST Gen II 3-15, and mounted a Dead Air Sandman to it. I have an Armageddon Gear High Heat suppressor cover on the way, and I plan to pick up a ball mount later in the year.

One of my coworkers is a SWAT sniper, so I'll be going out with him soon for a day of intro to PRS. Until then, I am running to Mile High every once in awhile to grab ammo and enjoying the hell out of this stock and tripod! 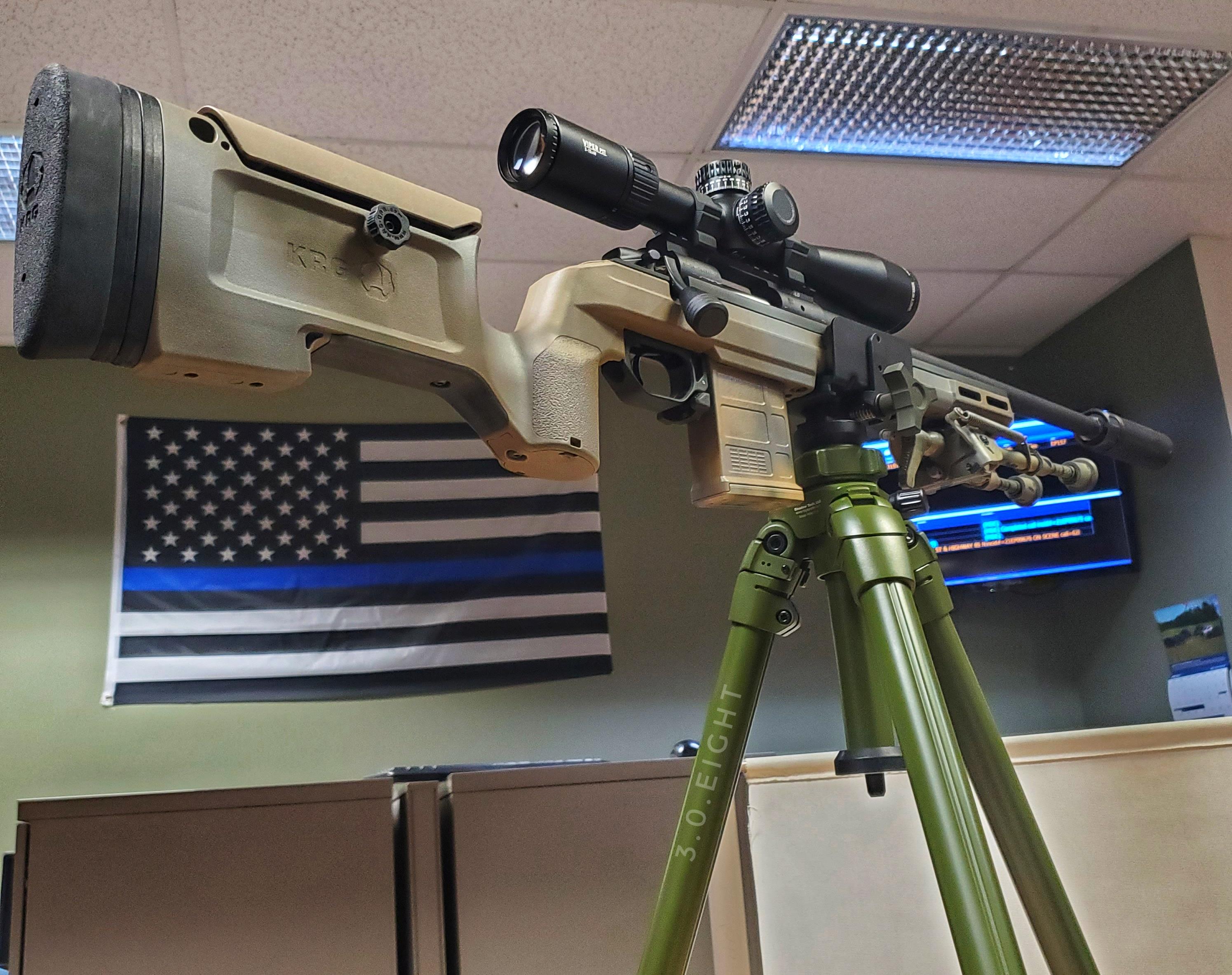 went a little crazy with this one a while back. also learned the hard way to read the ingredients on the can, as the clearcot I used had acetone in it and caused it to run a bit

...woops. Also packed about a 1lb of lead wheel weights into the stock and forend.
Reactions: Hennig, charnicus, Jefe's Dope and 3 others
M 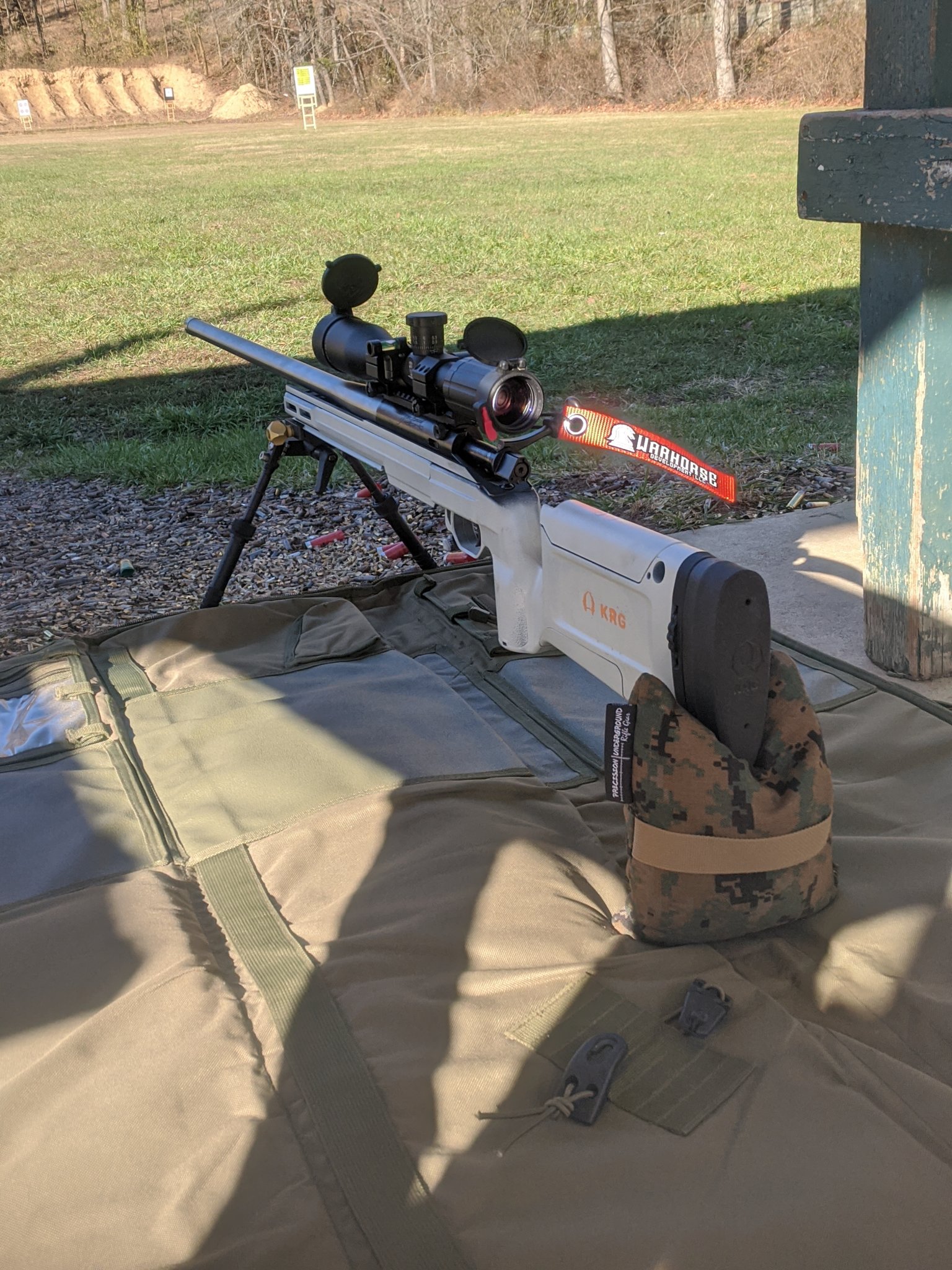 PVA John Hancock Rifle in 6.5 Creedmoor. I painted the stock Glacier Gray. I love this rifle
Reactions: P&Y, Army First, Hennig and 3 others

what bag rider is that?

Rockdoc173 said:
what bag rider is that?
Click to expand... 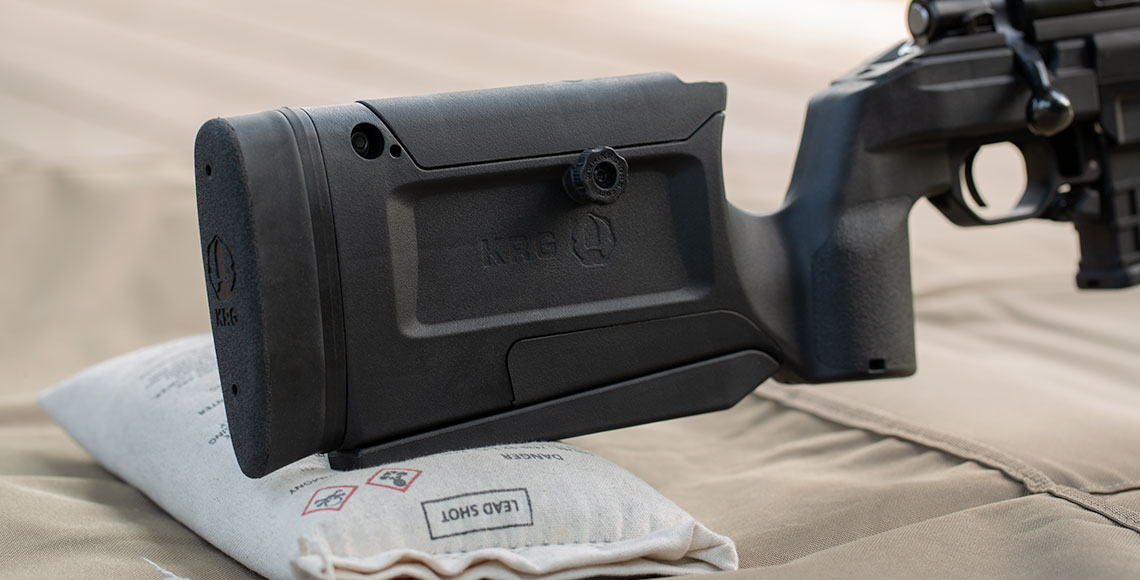 Rockdoc173 said:
what bag rider is that?
Click to expand...

I've got a Tikka t3x build going , waiting on the barrel to arrive and will be chambered for 300wsm in a 22" Ibi carbon. Will be my hills rifle 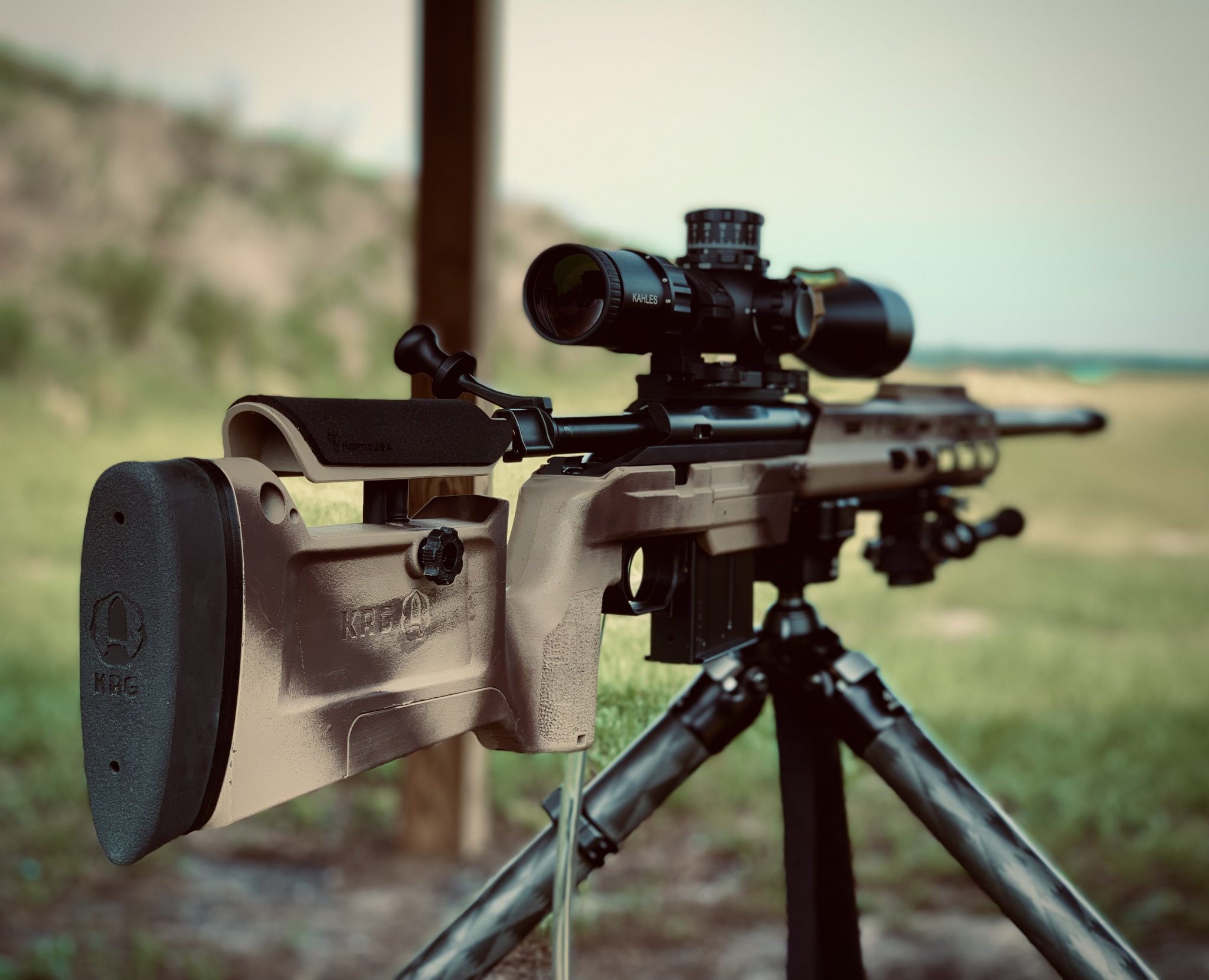 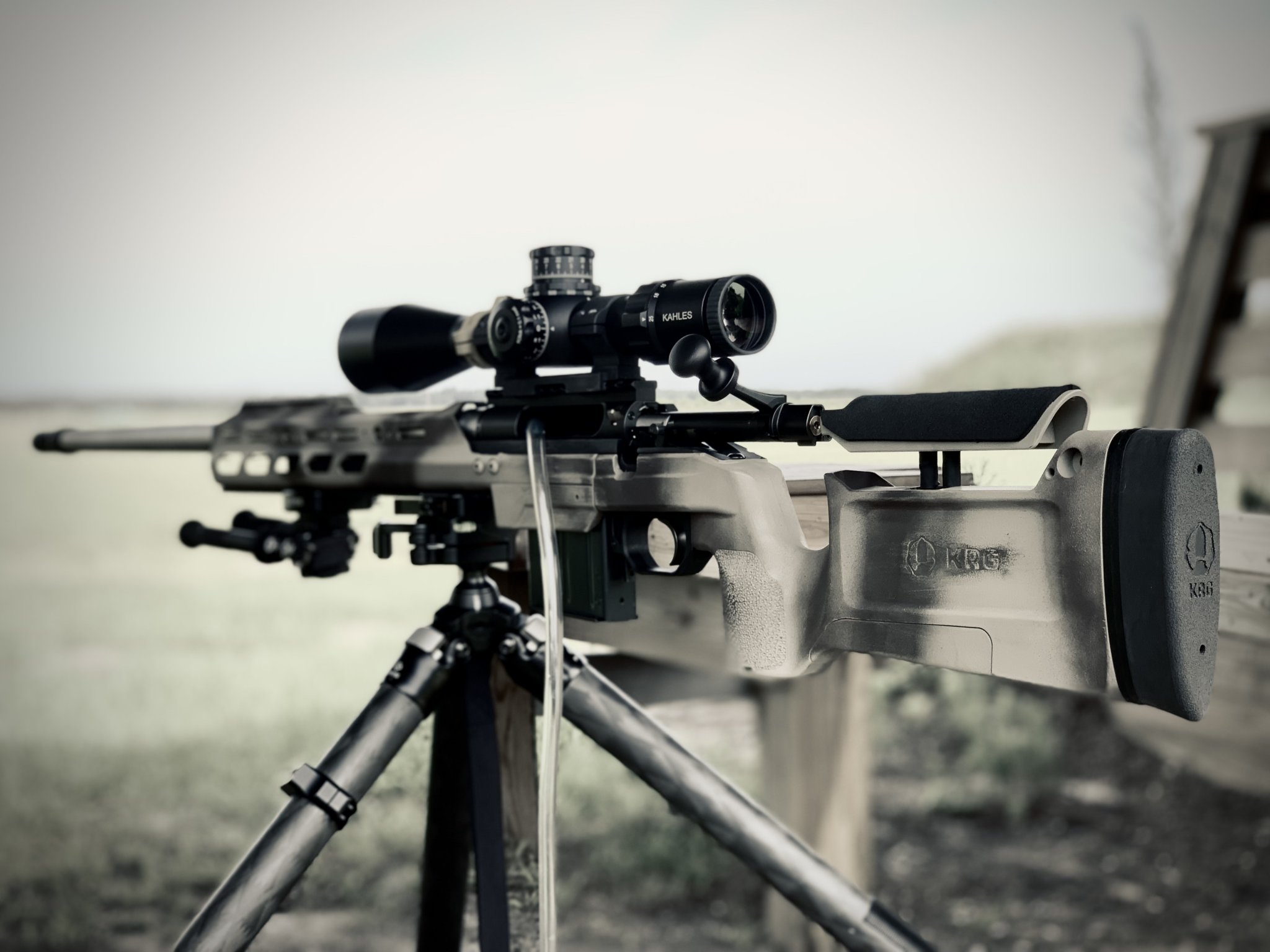 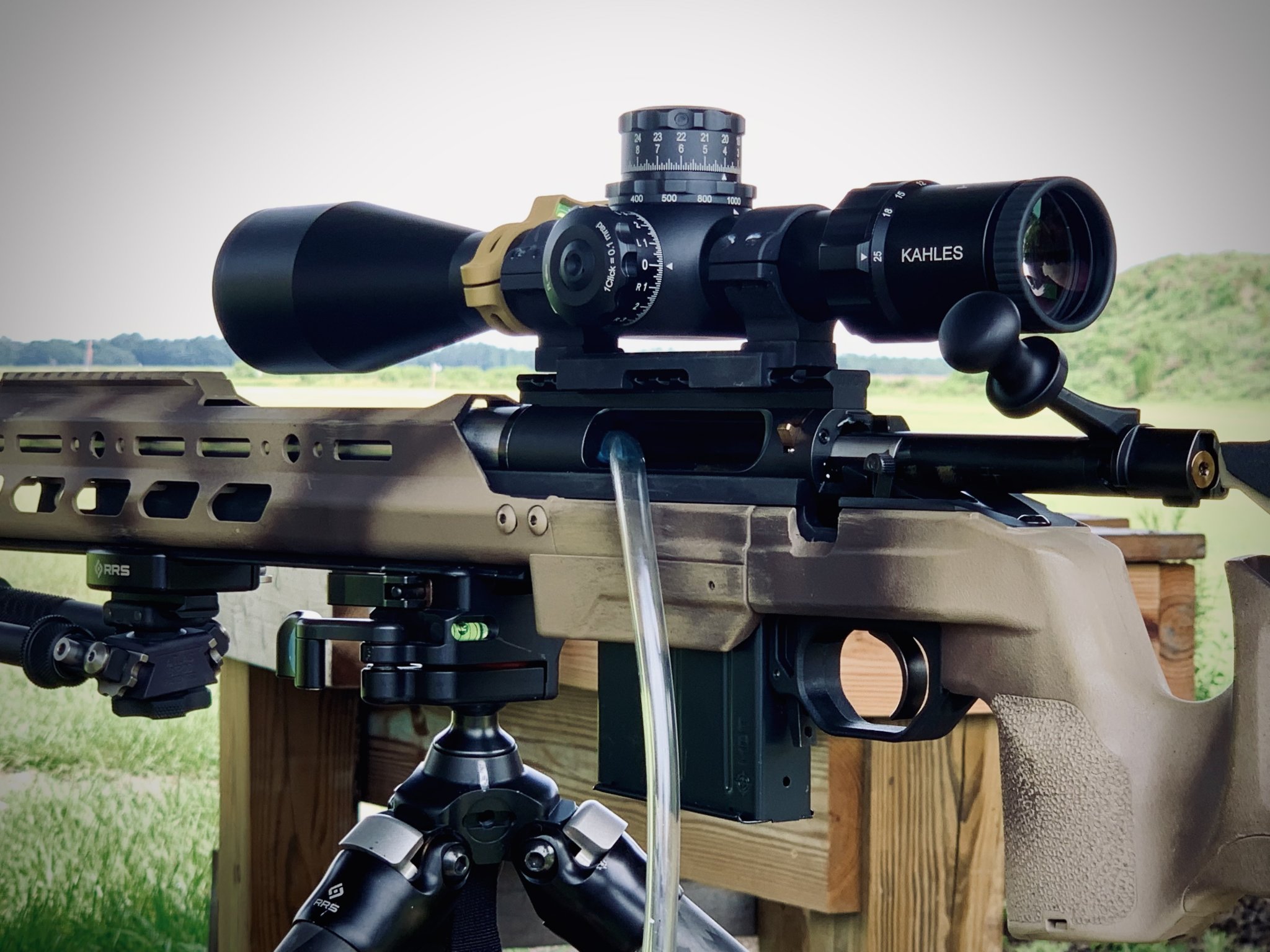 what's the tubing for?

It's connected to a fan.
M

Rockdoc173 said:
It's connected to a fan.
Click to expand...

brilliant. does it work well? mind messaging me a pic of what the setup looks like?

Yea, I'll shoot ya one. It's okay, the design works well enough but I've beat it up pretty good lol

Man did you paint those?
H

Mjnelson said:
Man did you paint those?
Click to expand...

Sure did mate, I love coating Bravos. I just buy them, paint them, and onsell them. Lets me experiment with whatever I want with color schemes
Last edited: Jun 25, 2021
Reactions: 300rem7
H 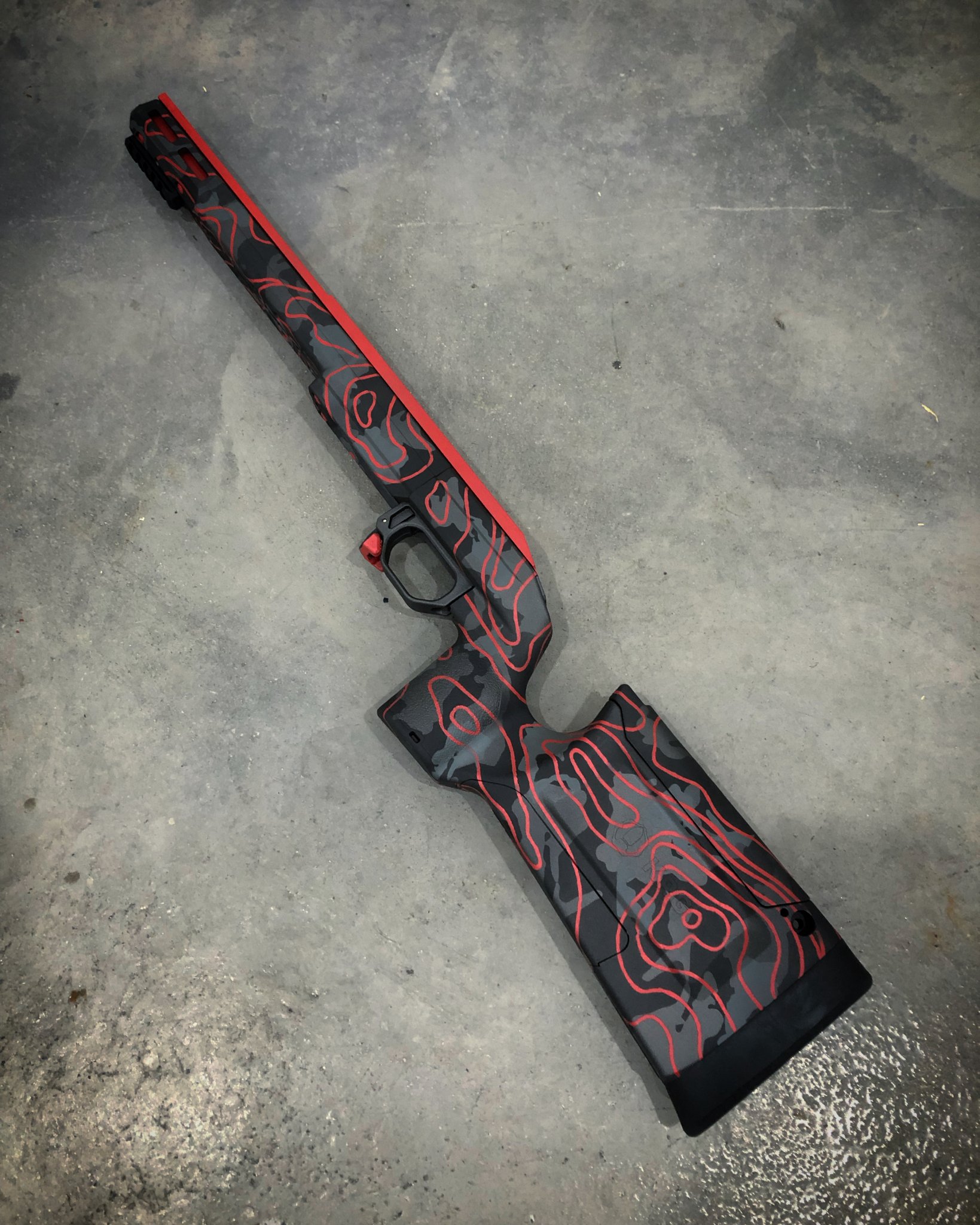 Finished this one today. Habanero topocam under grey Laramie. Cool as.
Reactions: Shawn1492, airborne_trooper, Jefe's Dope and 4 others

Finished this one today. Habanero topocam under grey Laramie. Cool as.
Click to expand...

Your work is off the chain man!
Reactions: Hennig
H

charnicus said:
Your work is off the chain man!
Click to expand...

Thanks mate, appreciate it
Reactions: charnicus

Finished this one today. Habanero topocam under grey Laramie. Cool as.
Click to expand...

Is that a map of the AO? Looks like contour lines!
H

These stencils were courtesy of the one and only @Short-bus
Reactions: Short-bus

Did you take those pics at JTAC?

Used the primary arms stencil to spray paint this today.

Learning all I can...

Does anyone here have the enclosed forend installed that can also run their scope sunshade? I’m trying to figure out what height rings I need to try. Currently have a Gen2 razor in some ARC high (1.26” - 32mm) rings and it’s too low to fit the sunshade.

How does the Primary Arms compare to the Nightforce?

jLorenzo said:
How does the Primary Arms compare to the Nightforce?
Click to expand...

PA is nice but I like the NF better. Recently sold the PA and replaced it with a Kahles 525i.

Mike Casselton said:
Did you take those pics at JTAC?
Click to expand...

Sure did. Inaugural trip

I didn't realize you lived around here.

Funny thing, I looked at the pics and thought it looked like JTAC. Then I noticed the wooden benches and then the blurry green car.

Me too! But this thread has me eyeballing the rattlecans every time I'm in the garage.

Bravo vs. Foundation. Which one?

Foundation, but bravo is the shiznit for the $$$
Reactions: Jefe's Dope
T

Since KRG only allows LH shooter's to get a Black Bravo now, I decided to make mine look like wood using Alcohol Inks.
This is for my new Nucleus Gen 2 223 build. 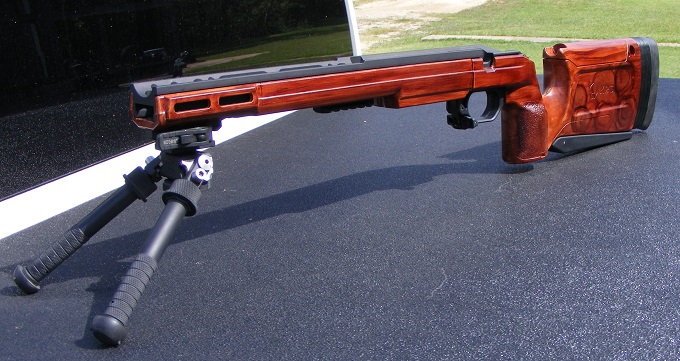 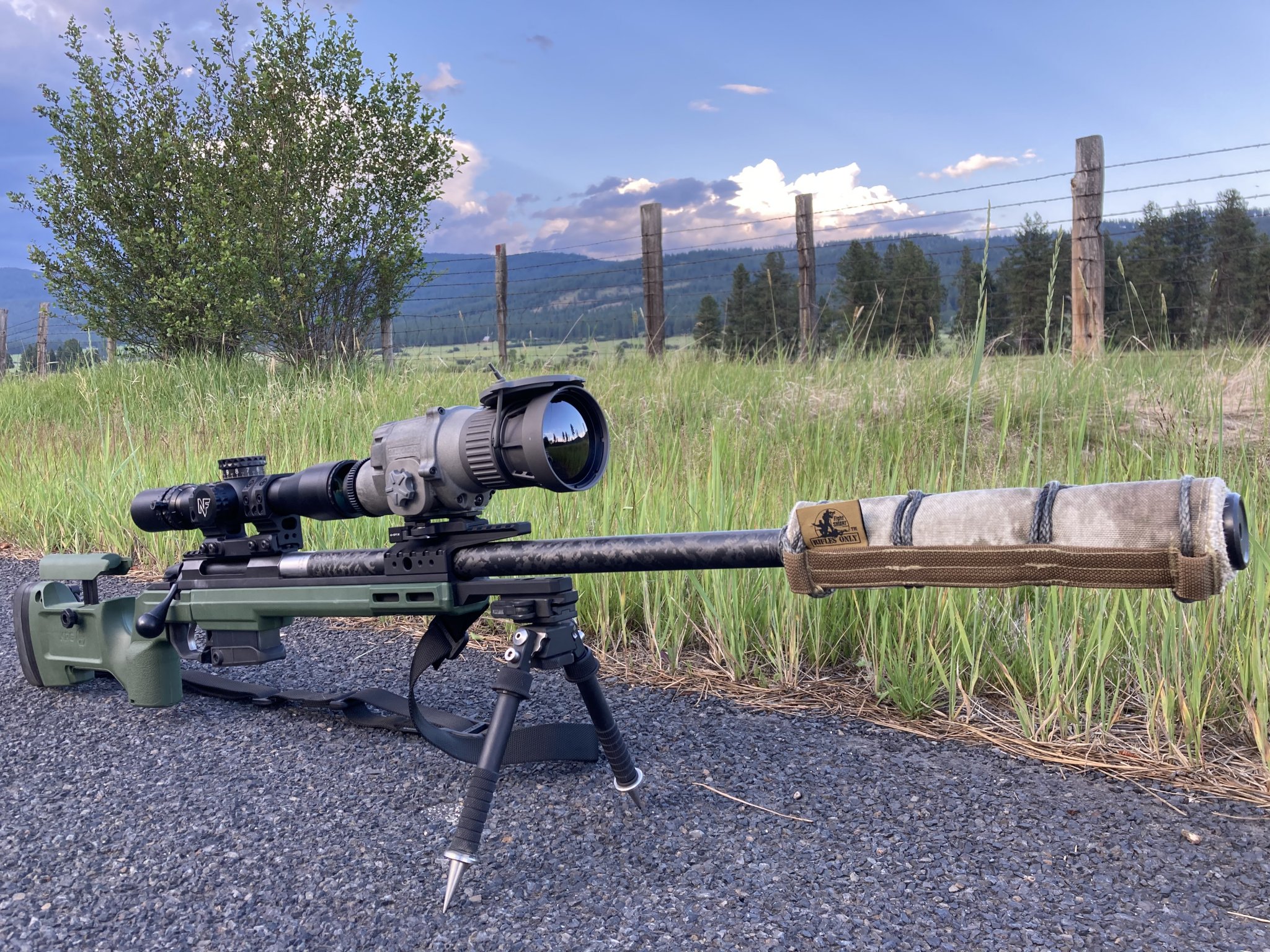 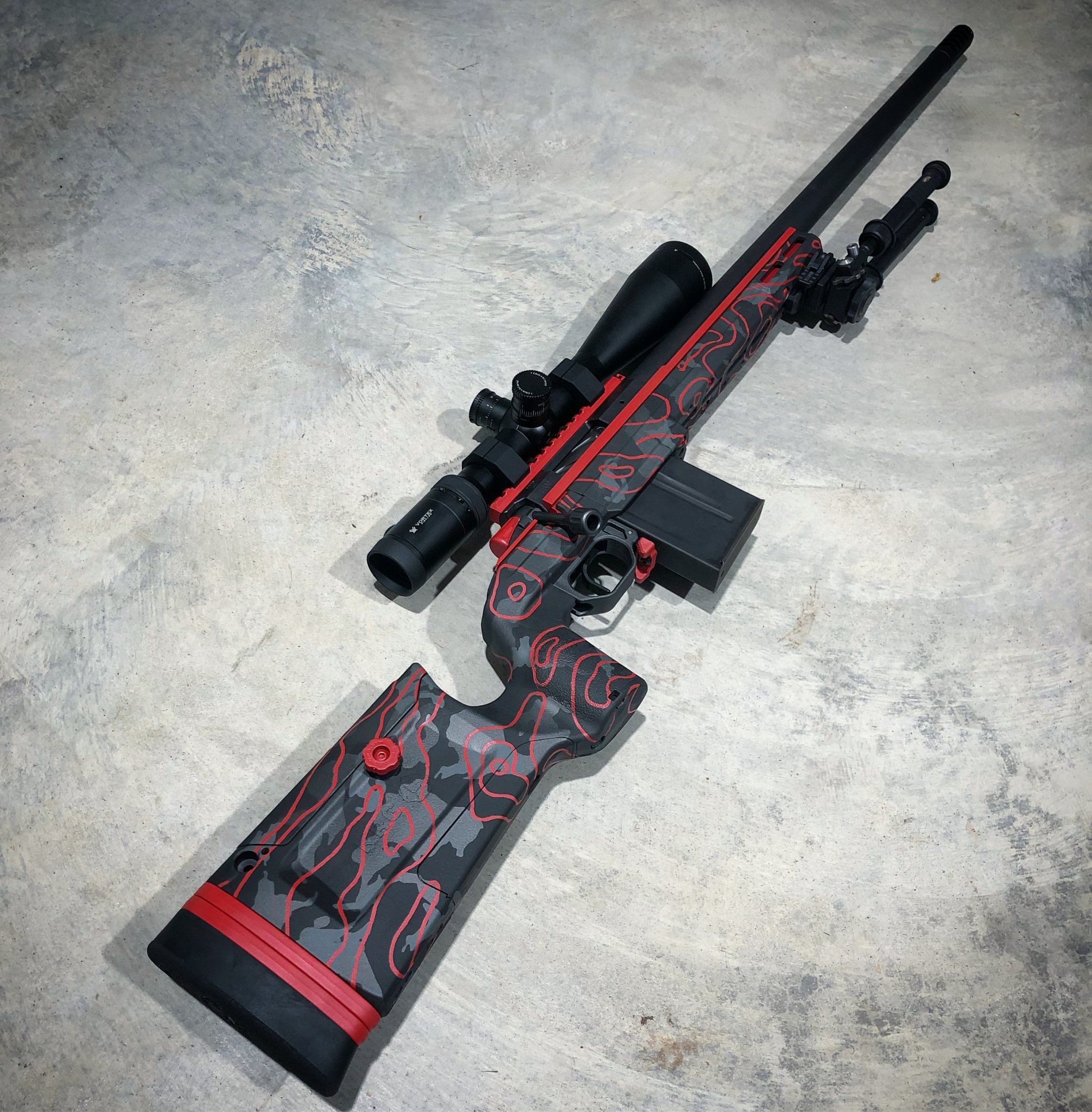 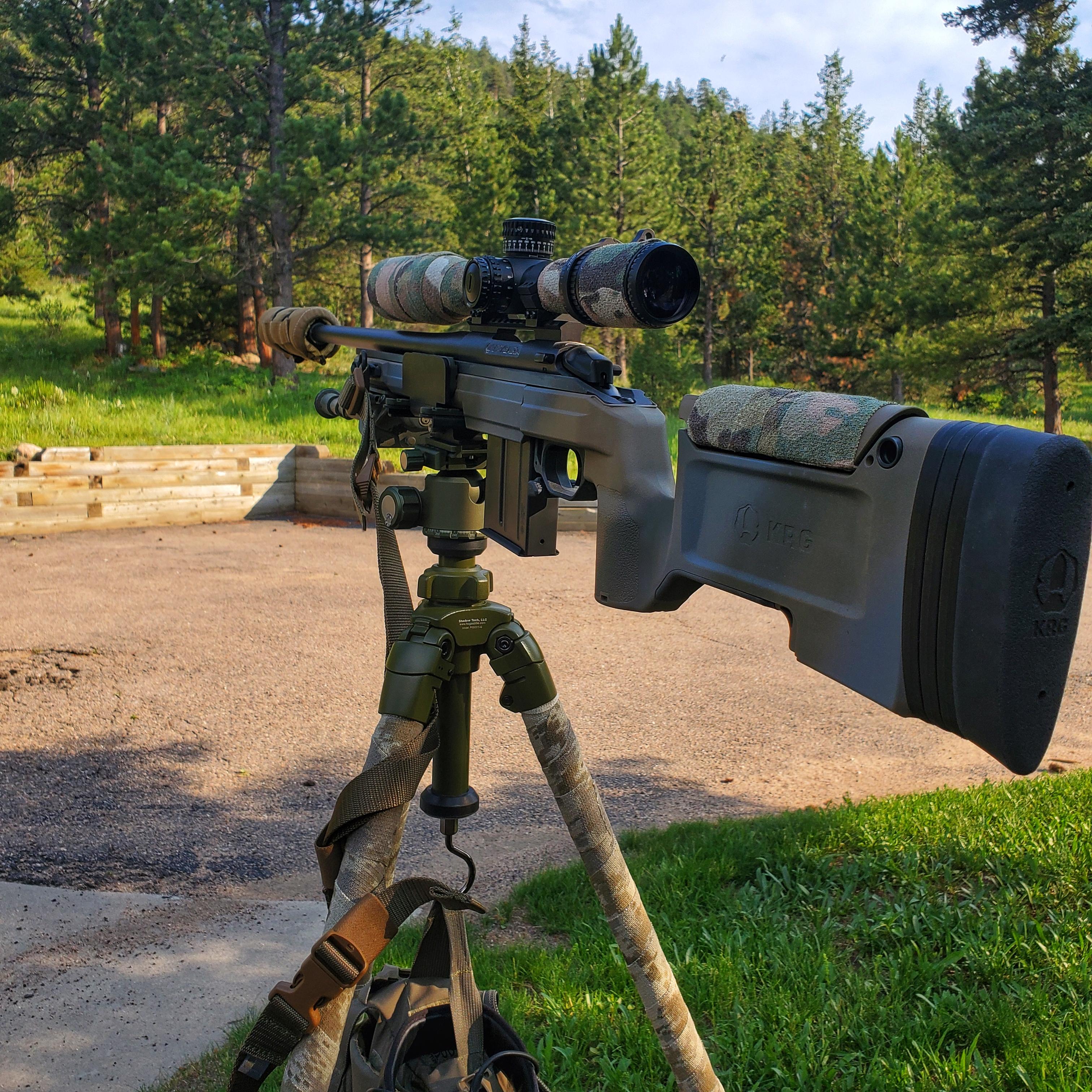 Txhillbilly said:
Since KRG only allows LH shooter's to get a Black Bravo now, I decided to make mine look like wood using Alcohol Inks.
This is for my new Nucleus Gen 2 223 build.