You are using an out of date browser. It may not display this or other websites correctly.
You should upgrade or use an alternative browser.
R

ok at the range today doing some ammo testing........shot what I usually shoot some SK rifle match...good results.....then tried some cci standard velocity and the group opened up a bit, not a lot but some. So I put in some center x shot at 50 yards and the group was worse then the cci standard, don't have exact numbers right now but let's say at 50yds the spread was about 1-1/2 inches 5 rnds. Shot another 5rnds at 100yrds and the spread was about 8inchs and the holes were keyhole like the bullets were tumbling. Now I know sometimes you have to fire a bunch of rnds with a new rnd to season the barrel, but I have neverr seen results that bad. Firearm was a ruger RPRR. Any thoughts?

How many rounds through the rifle since the last cleaning? Maybe just needs to be freshened up a bit.
C

Cci lube is screwing with you. Minimum 20 rounds to season between ammo, maybe 50.

Clean it, shoot only sk and Lapua.

Leave the cci for the plinking guns. It's gone to crap.
Reactions: camocorvette, Wlfdg, Adam B and 1 other person

chevy_man said:
Cci lube is screwing with you. Minimum 20 rounds to season between ammo, maybe 50.

Clean it, shoot only sk and Lapua.

Leave the cci for the plinking guns. It's gone to crap.
Click to expand...

Ehh. I go back and forth with those and don't see results like that. Accuracy is much more stable than what the OP is experiencing.

I think you got a bad batch. Not normal for center x.
J

I've recorded surprisingly bad chronograph numbers from all the top brands of rimfire at one time or another..
For whatever reason, bad primer/powder chemistry or amount, uneven seating, poor crimp
and if the heel of the bullet is scraped during seating you end up with odd strays.
It's mass produced ammunition and all it takes is a momentary slip in tolerances at the factory
you get a few boxes that don't live up to expectations. 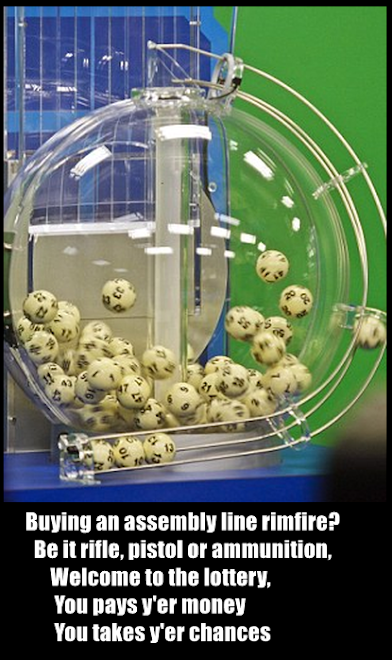 My 77/22 shoots SV great. But multiple times I've had buddy's in the heat of the moment or just being careless feed another brand. All it takes for my gun is a single round or two and it makes the SV shoot like a shotgun. Then I got to scrub it out and start over.

Feed it what it likes and clean it when you make a switch. Shoving anything laying around at the moment isn't the best for consistency. And usually the zeros are never the same.
G

There are three basic causes for what's seen on a target. One, the ammo. Two, the rifle, including the set up (the bench and rest). Three, the shooter. And with .22LR, the greater the distance, the more wind gusts will play a role.

Disregarding all but the first factor to simplify things, have you previously shot ammo from that lot of Center X in that rifle? Have you shot it in another rifle? As justin notes, sometimes you get inconsistent ammo.
D

The CCI lube doesn't seem to have harmed the performance of Center-X that much.

If you are not cleaning the bore in-between the different brands, you can get some weird groups and such.
Reactions: Wlfdg
A

Everything you said about different ammo and groups is all standard stuff, welcome to the wonderful world of rimfire. Except for the keyhole part ??? thats something more than just lube, IMO. This rifle must have 10K rounds since last cleaned or thats the shittiest lot of CenterX ever produced.
D

Are you running a suppressor, or any other muzzle device?

Did you shoot anything after the bad results with Center-x and get your usual results?

Did you use the same mag and is it adjusted correctly, in other words do the bullets get into the chamber without ANY damage like shavings and such ? If not sure, you could single feed and verify your results.
F

The key holing isn't typical. Like DaveCo asked above, are you running a suppressor or muzzle device and if so, how long since they have been off and cleaned?

Lilja barrel on a CZ, Kidd Supergrade barrel, Vudoo, all have behaved the same. Switching ammo without a magazine or two of fouling shots with the new ammo will give misleading results. I always fire 10 rounds to "warm up" the barrel before testing accuracy or zeroing, too. Cold bore shot is usually .2 - .5 high and the next 3-5 shots are a bit high and not very accurate. After 10 rounds of fouling, it's consistent and on zero.

Keyholing sounds like either serious crown damage or a very dirty barrel.
Show hidden low quality content
You must log in or register to reply here.

J
Swapping Ammo (e.g., X-Act for long stages; Center-X for short/mid-range stages) - Anyone do it?