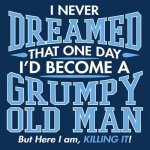 That is awesome. Now to top it off just swap a liter bike engine in there and have a hilarious time with it.

I had friends like that..... still do.
Reactions: barneybdb

He was a Democrat (and possibly still is)
Reactions: 2ndamendfan
1

Blue Sky Country said:
The next truly revolutionary epoch of human history will be the building of successful nanotechnology. It will redefine medicine and surgery to levels that will be unimaginable. A nanodrone guided by an external operator will be able to kill cancerous tumors, remove potentially fatal blood clots and fatty deposits and repair damaged tissue. More specialized nanobots programmed to home in on certain protein sequences can identify and destroy invading pathogens, or engage in even more advanced tasks such as rebuilding neural pathways damaged by illnesses like Alzheimer's.

Such an innovation will be a red letter day for human civilization. However, it will also mark the day when a new doomsday device has been created that can annihilate everything that we have. A rogue nano agent, even if it cannot self-replicate, will be far worse than the most virulent cancers and hemorrhagic fevers that exist today. And the ability and ease for rogue governments and terrorist organizations to get their hands on a stock of nano agents and program it to do their willing is what makes it even more alarming. A nanoagent caused plague, often referred to as a "grey out", may have first been inadvertently described by HP Lovecraft in his early 1900's extraterrestrial horror story The Colour Out Of Space.
Click to expand...

I read that book when I was younger. Great read!
Reactions: Blue Sky Country

Third world practical jokes! I love it! Those LBP's are simply mean. And Genius!

Probably get a bite or two.
Reactions: TRP173, Twitchy, aam and 6 others

The Responsibility of being the oldest brother was a challenge. Coming up with stuff like this isn't as easy as it looks. To this day, my kid brothers are just as easily sapped. "Stop hitting yourself".
Reactions: gunman_7 and barneybdb

sirhrmechanic said:
Speaking of... took these two gems at our state fair... the local Somali future-terrorists getting a taste of home...

And this winner.... does anyone even know Fat Albert any more? And does anyone really think having a Bill Cosby reference on your booth is a good idea? At least they weren’t selling puddin Pops.

Next year I am taking a real camera with a good lens. That place is comedy gold.

You have no idea ?‍

Might as well pay a visit to the Doctor’s Office

Ha. I have that on my hardhat.

It wasn't going to stay up anyway.
Reactions: hermosabeach, crackerbrown, savages and 2 others
M 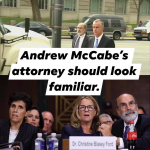 Who is footing the bill for McCabe's attorney?
Reactions: Edgecrusher and samadisoulcrusher

Yep, follow the money and it will become clear

TACC said:
Who is footing the bill for McCabe's attorney?
Click to expand...

Bromwich worked for both presidents Clinton and Obama. The "legal fees" are being paid by a GoFundMe that's over half-a-MILLION dollars from Anonymous sources.

Probably get a bite or two.
Click to expand...

Actually there was no fighting after battle at Opicine where 4th Yugoslav army destroyed germans and entered 1st of May 45 into Trieste. 2k krauts didn't want to surrender to partisans as fuckers (justly so) were afraid they will get the bullet and they surrendered to NZ units (which arrived on 2nd of May) without fighting...
Reactions: Skimafia and lash

I had a productive weekend in one of our cities, chasing down unlawful groups of militants of unknown origin. The final exercise of our current learning year, focusing on urban settings and irregular work, named Onion 2019.

I do like working in urban settings, it's fun and it is home. This is what motivates me professionally, in military manners. This is my home where I'm operating. Not far away. Right here. Thus I work better and more efficiently. Have operated as a Green Man, have operated against those.

And since this forum is about precision shooting (somewhat):

Reactions: Dragonskin, graydog1, TRP173 and 10 others