I'd like to introduce you to a much-underrated, newish precision rifle podcast, Precision Unloaded Podcast, by the guys from Taranaki Long Range Shooting in New Zealand.

It's on Podbean, and if I knew how to drive that, I might be able to post a link. Maybe someone else can.

I personally have nothing to do with it. Don't know the guys behind it, Graeme and Mark. Maybe one day I'll be cool enough, or uncool enough, depending on your perspective.

Last I checked, they had a massive 22 subscribers. My hope is that this post might race them ahead to about 28.

Before you have a listen, you might need to understand some things about New Zealand, and New Zealand blokes in particular.

First, it's the land of understatement. For example, you'll often hear them talk about another Kiwi bloke called Ian. They describe him as "pretty good". By this, they mean he wins nearly all the matches here.

In their most recent episode, they did an after action report, where they talked about their crew "doing all right" at a shoot - from memory, they placed second, third, and fourth.

Second, NZ is still a bit stuck in the 1970s - so all of the grown women referred to in the podcast are "the girls" - as in, "The girls placed first and second, beating all the blokes at the match". Yeah, it's weird, but hey.

Third, NZ humour can be pretty subtle. Fortunately, Mark has a habit of snorting into the microphone almost every time he makes a joke, so at least you'll know what Graeme is laughing at, even if it doesn't make sense.

Anyway, give it a listen -

They're less manic than Frank - but, given how laid-back they are, you might wish they'd had a couple more mugs of tea.

They're less drunk than Dave B.

They're more prepared than that Kurt (Kirk?) guy - well, at least sometimes.

And they're both less mindful and less snipery than Phil and Caylen. Now, while that's not hard on either count, Phil's catchy "Keep your face on the gun" line pales in comparison to Grame's from Episode 18: "It's not always a shit gun; you're probably a shit shooter".

(Oh, and while you're searching around on Podbean, also check out The Triggernometry Show, now found on "The Bloke Network of Shows" by Kerry Adams from Precision Shooter NZ. It's been going since 2017. and has some great interviews with Frank, Jacob, Caylen, and host of others. With 138 subs, Kerry is clearly an over-achiever from an NZ perspective ... but it's some of the most solid precision rifle podcast content out there and deserves your support.)
Reactions: NoDopes

Will not be controlled by a Kidd trigger!

Are they gonna talk with them funny foreign accents?

If they're half as entertaining as Flight of the Conchords, it's probably worth watching.
D

Will give it a listen.

Doberman have you listened to the Just F'n Send It podcast or Carnival Ballistics or Rifles Only Accuracy Podcast? All 3 are good and by fellow Hiders Blkwlfk9, Geno C and Jamie C, and Dthomas3523.
D

kl3309 said:
Are they gonna talk with them funny foreign accents?
Click to expand...

Jefe's Dope said:
If they're half as entertaining as Flight of the Conchords, it's probably worth watching.
Click to expand...

I think they're probably about a tenth as funny.


And it's an audio-only podcast, so you can't watch it.

But I'd still recommend it.
Reactions: Jefe's Dope
D

LeftyJason said:
Will give it a listen.

Doberman have you listened to the Just F'n Send It podcast or Carnival Ballistics or Rifles Only Accuracy Podcast? All 3 are good and by fellow Hiders Blkwlfk9, Geno C and Jamie C, and Dthomas3523.
Click to expand...

Yep, Jacob and Dave's Rifles Only podcast has become my favourite for good, solid content lately.

It's like going to precision rifle university in podcast land.

And then the Just F'n Send It is like going to the bar afterwards. Yin and yang, baby.

Will check out Carnival Ballistics - thanks for the heads up!
Reactions: NoDopes and LeftyJason
D

You guys are all liginds!

We've increased the followers of the Precision Unloaded podcast from 22 to 27.

Only one away from my personal stretch goal of 28. (And hey, it's not even my podcast.)

Will YOU be the one who makes a difference?

I know one of the new subs was Dave B from Just F'n Send It, so y'all be in good company ...
Reactions: Maggot
D

The boys have 27 subscribers ... messivvvve!

Latest ipisode is on rumfire:

Do have to turn my laptop upside down to watch this ?
Reactions: Maggot and Tokay444

Do they talk about what a tyrannical cunt your Sheila prime minister is?
D

Alphatreedog said:
Do have to turn my laptop upside down to watch this ?
Click to expand...

Seeing as it's an audio-only podcast ... difinitely!
Reactions: Tokay444
D

Tokay444 said:
Do they talk about what a tyrant your prime minister is?
Click to expand...

No, that kinda free speech earns you a knock on the door these days. And we try to focus on what we do have ... like being able to buy suppressors over the counter!

Maybe ... I just chicked, and they now have a messive 29 subscribers.

Either way, you wun a virtual chocolate fush: 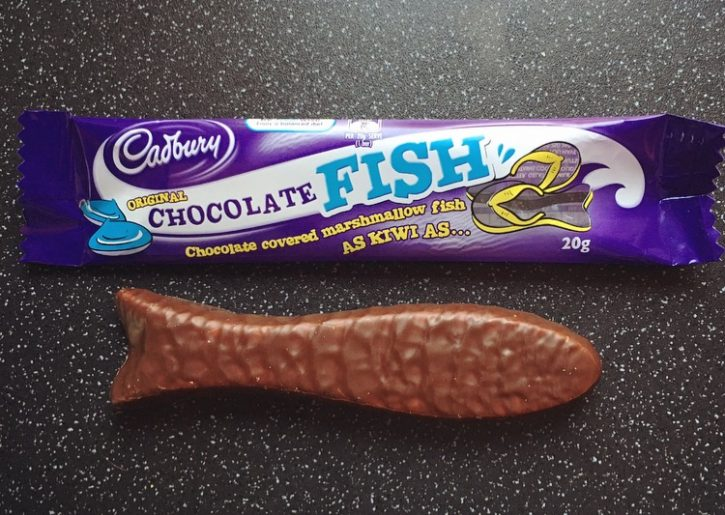 Quote from Episode 23: "A muff used to be a small lady's purse. Now it's another kind of purse that ruins your life."

Or something like that ... Podbean broken when I went to-relisten so I could quote accurately ... A bit like old VHS cassette tapes that went wonky when you replayed the naughty bits as a teenager.

Anyway, find out what you're missing out on ... and get on over to the Precision Unloaded Podcast.

For everyone who posts here that they've subscribed, I'll give them a virtual Kiwi prize, just like @J-Ham above - every prize will be a different piece of Kiwiana.

Youse'll love it, I promise.

Next person to sub gets a pair of virtual jandals ... that's Kiwi for 'Japanese sandals' ... they're really nothing more than flip-flops, and probably made in China, with nothing to do with Japan ... but hey, they sound fancy. Or stupid.

Either way, they could be yours if you're subscriber number 30.

PS The boys at the podcast are onto this thread. Let's post as much bullshut as possible to let them know they're loved ... almost as much as Flight of the Conchords.
Last edited: Sep 9, 2021

As promised, here's your pair of Jandals: 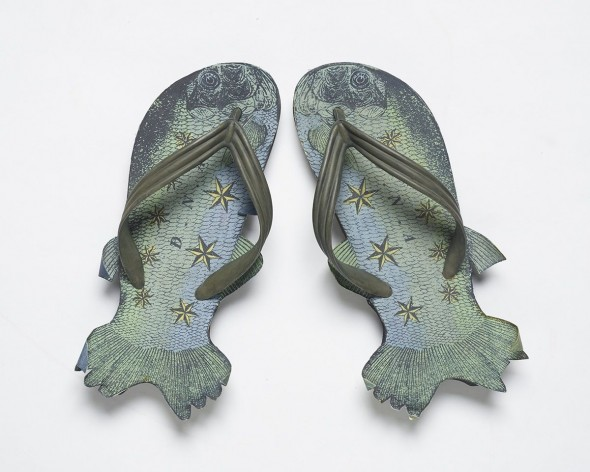 These ones are so famous, they were bought by our national museum.

How many other national museums can boast they spent taxpayer's money on a pair of flip-flops, ay?

They just have chicks named Keitha:


Next person to post that they've subbed gets some virtual fush n chups.

Got any Eagle vs Shark?
D

Tokay444 said:
Got any Eagle vs Shark?
Click to expand...

I'm still rocking Awesome Apparel whenever I go to my local Countdown:

@Dobermann, this is absolutely the most unique prize I've ever won... Subscribe boys, this guy's the real deal & he passing swag out like it's what's hot on the streets!

remember trading some back steaks for a fish at the lighthouse while freedom camping.. good trade for me.
D

remember trading some back steaks for a fish at the lighthouse while freedom camping.. good trade for me.
Click to expand...

If yes, I'll give you some virtual fush n chups, as well as more Keitha.
N

negative ghost rider. just here for the yarn and a couple chuckles


kiwi tucker ain't fit for a dag
Click to expand...

Oh, well, in that case, you get the runner-up prize: 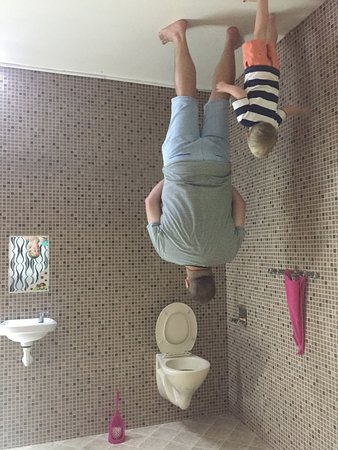 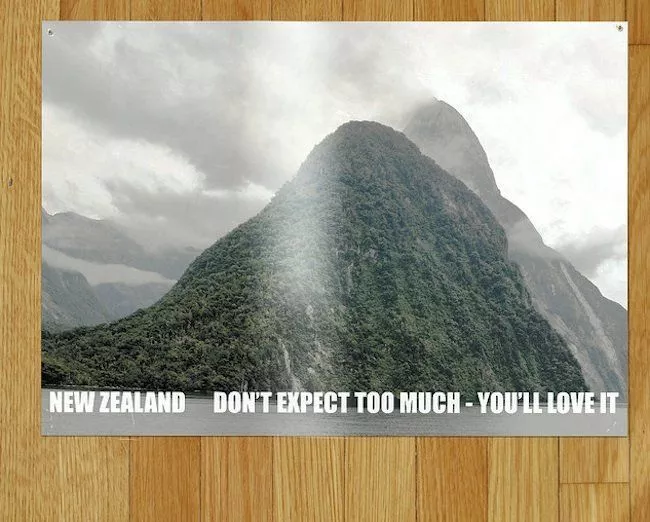 Okay, so it's not Precision Unloaded ... here's NZ's Precision Shooter in a one-and-a-half hour conversation with Chris Way:

The Precision Unloaded boys have just dropped another one, headed "Carbon Fibre for Hunting and Match Use?": A discussion on the use of carbon fibre barrels and stocks for hunting and match applications here in NZ with special guest Anthony Collie....

I'm 21 minutes in as I type this, and nothing on carbon fibre so far ... but you can't rush quality.

Quote of the podcast so far: "So then, just going to the February shoot ... so the mile - were you surprised that you ended up, you know, first equal on that day on the mile target?"