You are using an out of date browser. It may not display this or other websites correctly.
You should upgrade or use an alternative browser.
6

Only the best for Annual MOA vs MIL Festival supporters!

Lost Ark of The Covenant material here and he says useless...

6.5SH said:
Useless? Have you even read the whole thread? Gold Jerry! This is gold!
Click to expand...

If you aren't getting tight groups, your scope is MOA?
Reactions: Tokay444 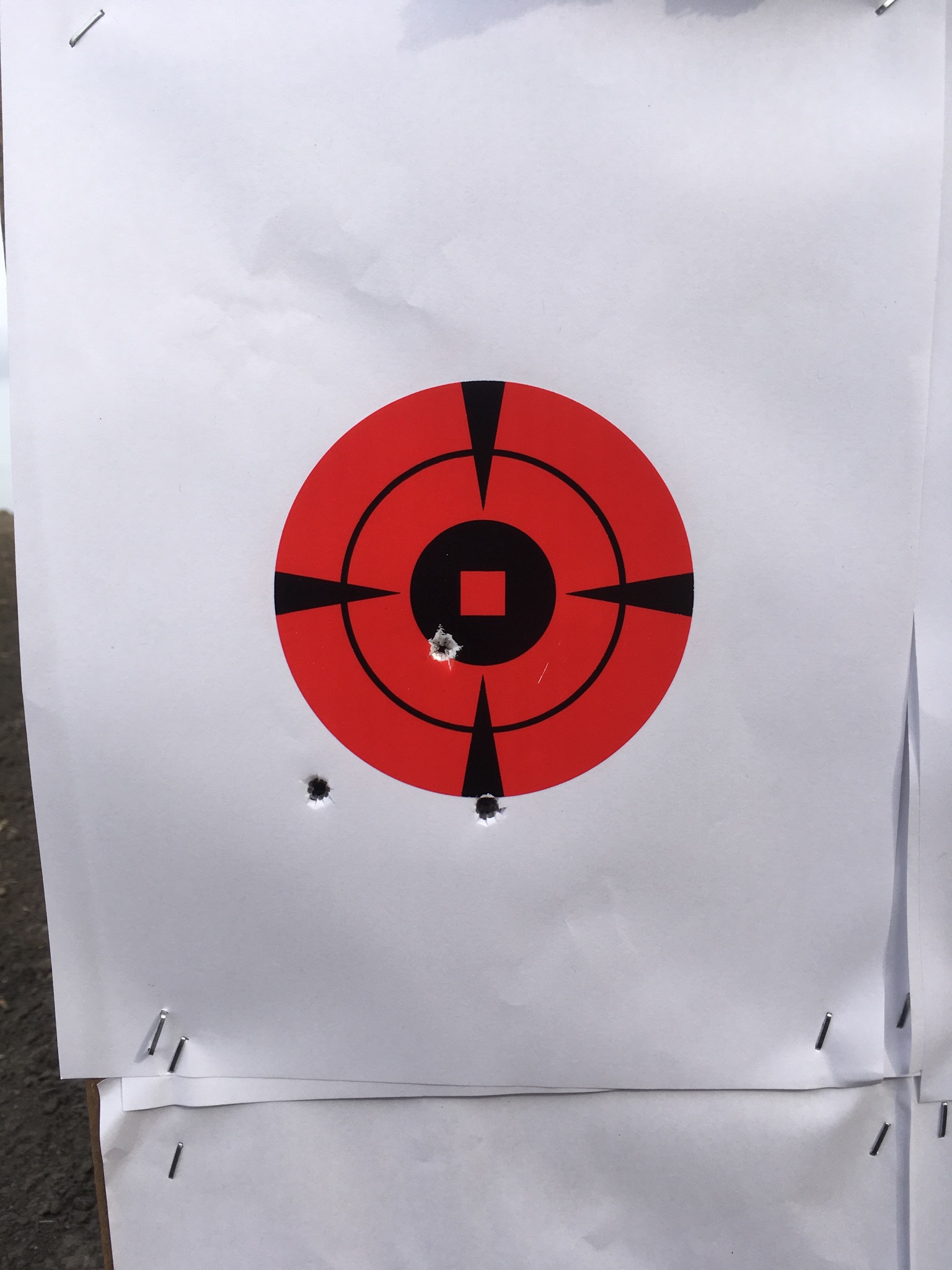 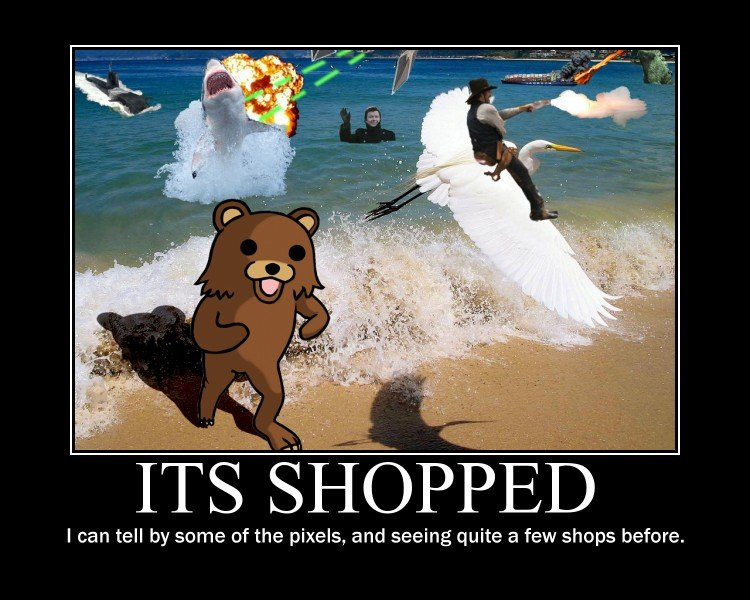 This would explain the rapid rise of the Savage Fan Boy.

Take your time. Its delicate work getting a lie straight.
Reactions: carbonbased

It needs to be 800 metres, and all in the red.
And tighter.
Not that I'm fussy or anything.
Did I mention get a Milliradian FFP scope, and a Tikka?

Oh, may I suggest a decent Milliradian FFP scope, and perhaps a lovely Tikka rifle?

What I love about this particular pursuit, is that there is always that quest to achieve better results, at further distances.
And fun with likewise obsessed mates.
Just enjoy what you do.

I do admire your target stapling skills, that bitch ain't going anywhere. Do you use an MOA or MIL staple gun?
Reactions: GrumpyOleFart

It really doesn't matter, MILs or MOA. All of my scopes are MOA, but that is because that is what I grew up using and am comfortable with. Probably the bigger reason, however, is the two people I shoot with the most also use MOA scopes so it's easy for us to spot for each other and give corrections.

My dad has a scope with MOA turrets and a Mil-Dot reticle, which drives me crazy. You see in the scope that you hit "X" Mils low or right or whatever and then have to then dial that in MOA (if you're going to dial). Definitely easier just to hold over in the reticle in this case.
Reactions: MarshallDodge
D

milligradians is now where its at. 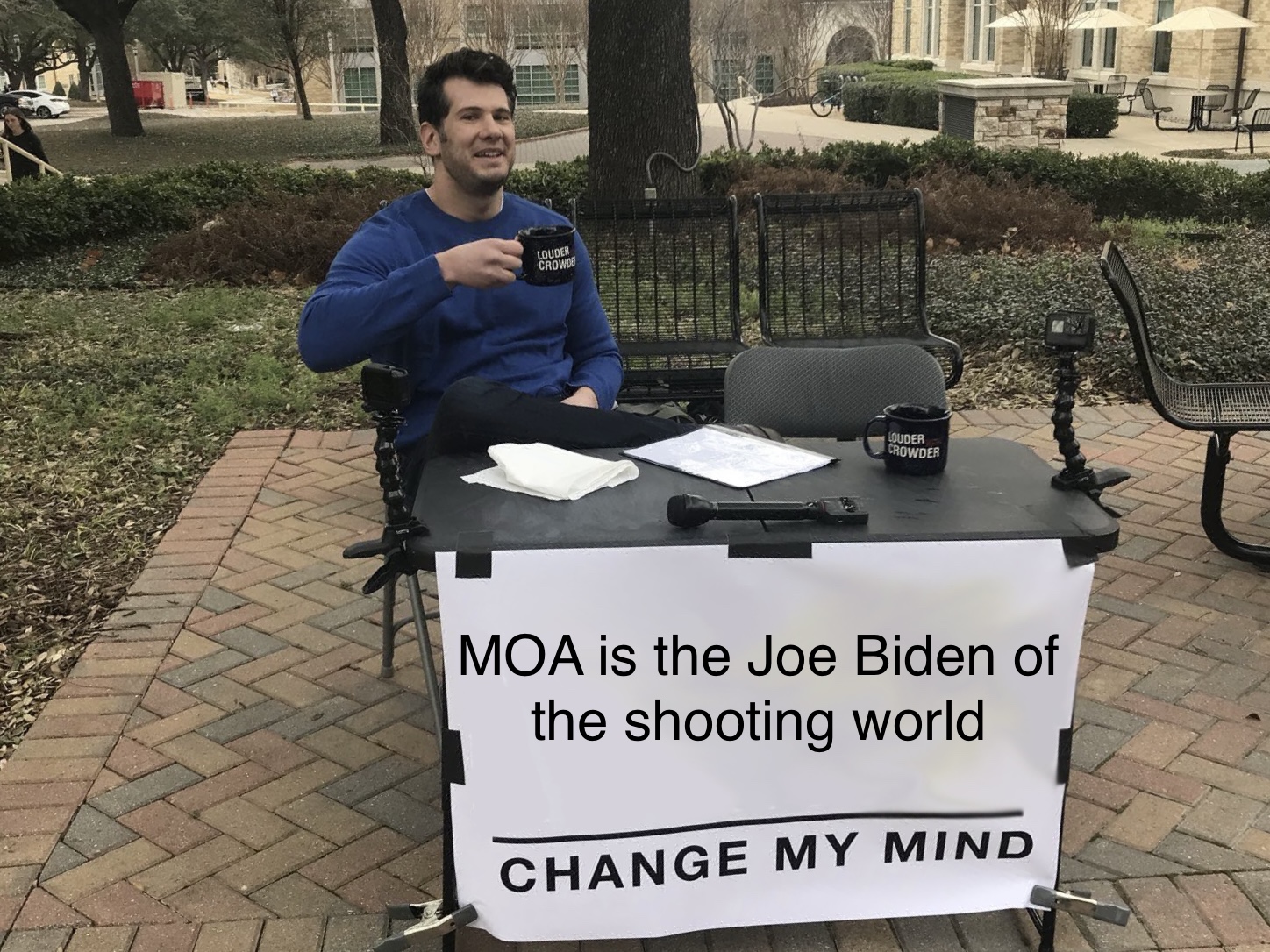 TonyTheTiger said:
@308pirate you know the guys I'm talking about. Like the guys fresh out of college that show up to a job site and declare "Behold! An engineer has arrived to solve world hunger!" And then they wander around saying "Lets make this bigger. Yeah. Bigger is good."
Or the older homeowner that we built a home addition for. He was an engineer, so he designed it. It was 20'x24' and he had 12" microlam beams as rafters 12" o.c. going to a 2 ply 24" microlam ridge beam. You could drive a tank on it. Anytime we questioned his logic or tried to explain the level of overkill he dismissed it by citing his 40+ years of engineering. We asked his wife what he did because he wouldn't tell us. Turns out he was an acoustical engineer.

Remember the thread just like this by that joelinux guy? After pages of him telling the forum he was the smartest guy around he finally declared that we couldn't understand him because he was an engineer..
Click to expand...

Where is that thread at? I’m bored. I want to laugh. 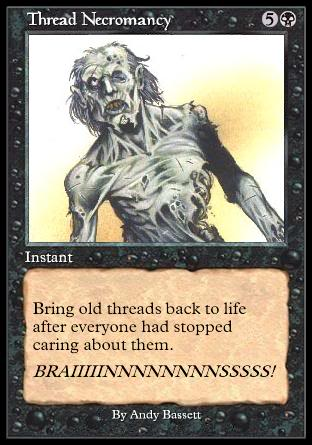 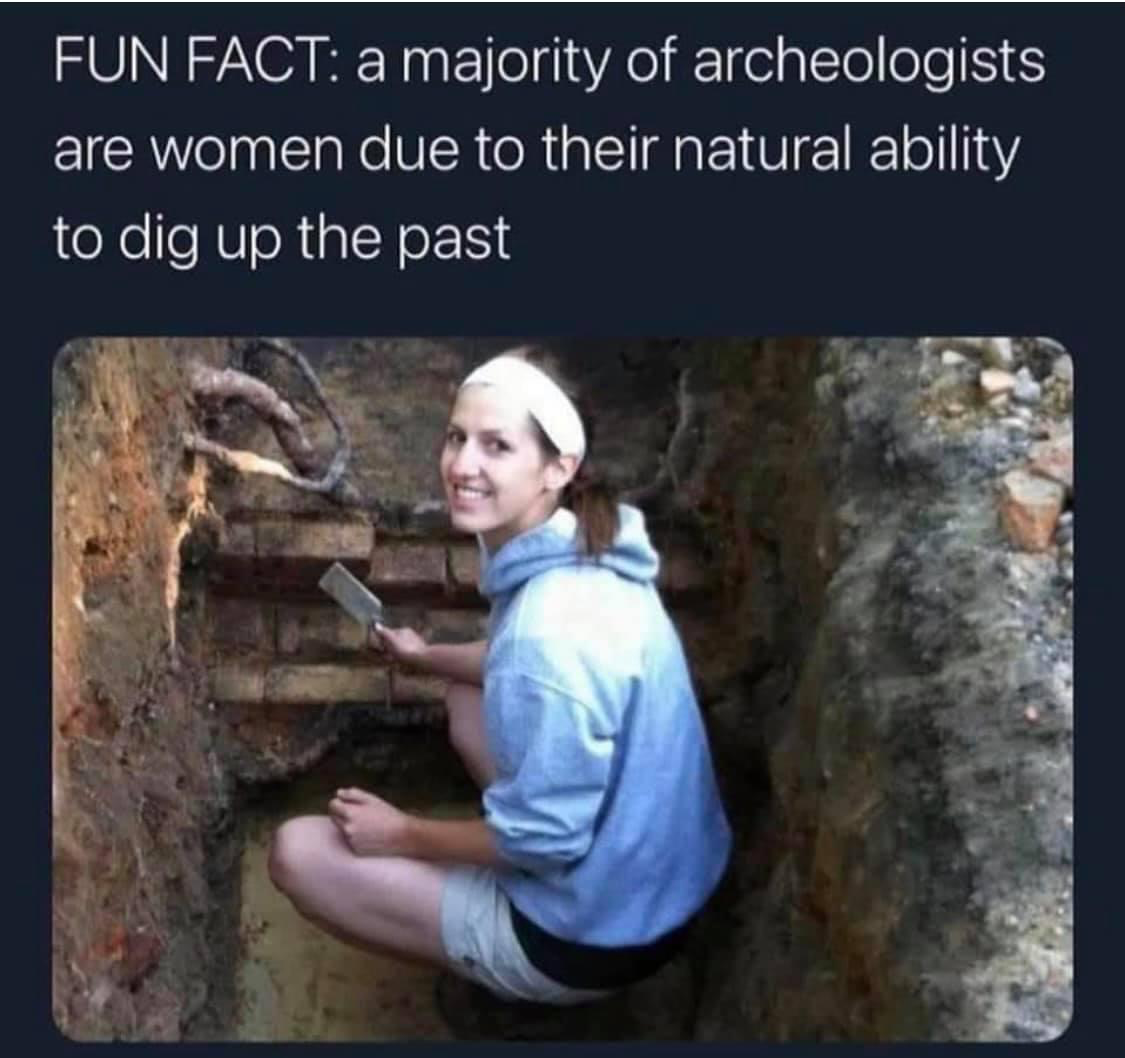 Reactions: Mute, MarshallDodge, Bender and 3 others

Is this still available? Asking for a girlfriend.

Bender said:
Where is that thread at? I’m bored. I want to laugh.
Click to expand...

Haven't seen a new one in a while. Start by looking at joelinux's early threads. 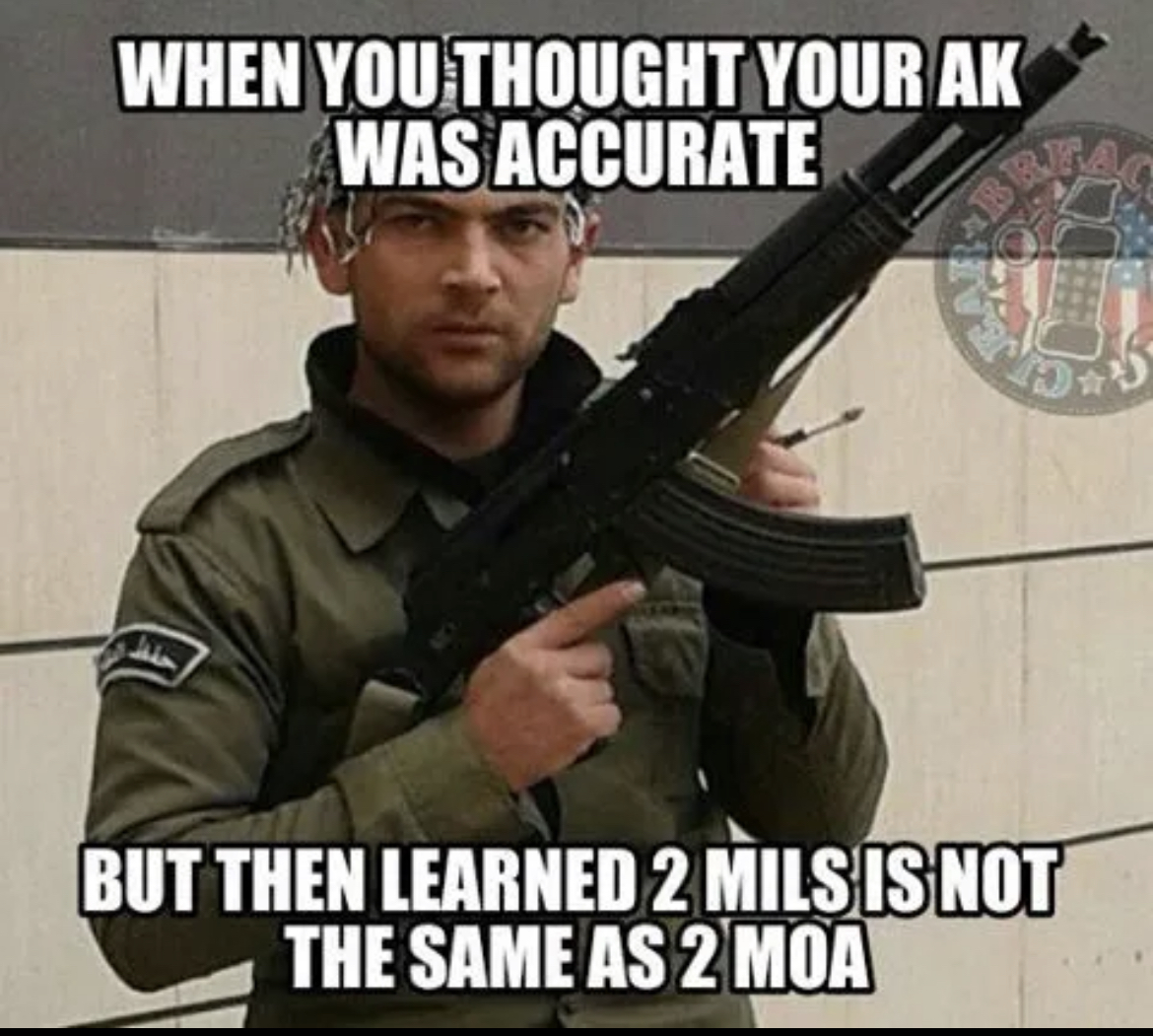 Bender said:
Where is that thread at? I’m bored. I want to laugh.
Click to expand...

So, I've ordered my RPR 6.5. Next paycheck is the NF ATACR F1 7-35x56 MILXT Now comes the next great question: MILs vs MOA. I've heard some great back and forth on here. From what I can ascertain, MOA used to be king of the hill, but the new crop is coming in with a lot more MIL these...

www.snipershide.com
Pulled from post 7 of Legendary. That post has 2 others as well.
Reactions: TriggerJerk!, seansmd and Bender

Yes. We know. But at least it's in an already existing dumpster fire and not another new one. There are at least 4 decent dumpster fires on this subject alone. They don't seem to spread too far beyond the dumpster.
Reactions: HogsLife

Also, thier only.real skills are bj's and sweeping dirt.

Everyone uses feelings when discussing this topic. I prefer to rely on my double PhD from MIT in Quantum Projectile Physics to resolve this silly debate, as I have already done long ago in this thread.

TheHorta said:
Everyone uses feelings when discussing this topic. I prefer to rely on my double PhD from MIT in Quantum Projectile Physics to resolve this silly debate, as I have already done long ago in this thread.

Have we established that you even shoot yet? Or are you still king of the NV special Education group?
Reactions: carbonbased, MarshallDodge, Huskydriver and 1 other person
D

TheHorta said:
Everyone uses feelings when discussing this topic. I prefer to rely on my double PhD from MIT in Quantum Projectile Physics to resolve this silly debate, as I have already done long ago in this thread.

Ahhh but according the the Schroedinger paradox, until you look, it is both mil AND moa....
Reactions: TheHorta and GrumpyOleFart 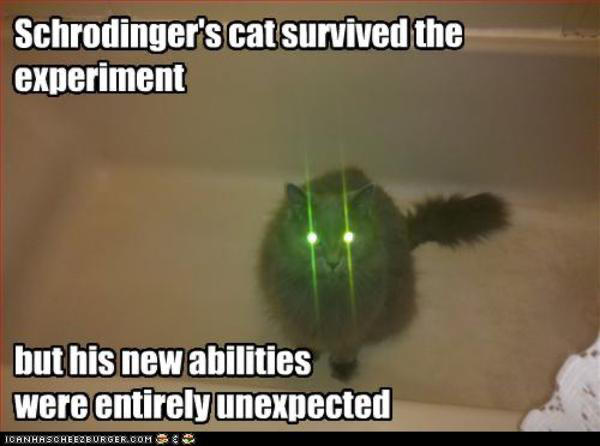 DocRDS said:
Ahhh but according the the Schroedinger paradox, until you look, it is both mil AND moa....
Click to expand...

That is called MILOA, coined that in one of the other epic threads.
Reactions: MarshallDodge and Aftermath

Have to admit, new guy got a lot of activity stirred up with only his third post.
B

So have we established yet that Mils are actually Metric & were designed that way?

This shit never gets old.

Took me ages to work out WTFTW.
I'm pretty sure that's you before you shaved your nipples off, or was it after?

fuck, i thought this was already sold. does that mean its still available?

Barelstroker said:
Took me ages to work out WTFTW.
I'm pretty sure that's you before you shaved your nipples off, or was it after?
Click to expand...

Everyone needs a hobby.
Reactions: RGStory

DocRDS said:
Ahhh but according the the Schroedinger paradox, until you look, it is both mil AND moa....
Click to expand...

So both mills and moa? So that means both a hit and a miss at the same time. In that order.
B

So do I have any takers?
There's gotta be one of you sorry four flushers try an tell me that Mils aren't Metric or, they weren't designed to be metric.

Only because they're metric.
Reactions: johnnyvw

I thought all MILOA discussions were restricted to the month of February.
Reactions: LeftyJason

Meanwhile, back at the ranch—

It’s a new Nightforce angular measurement. Check it out sometime, you non-acoustical-engineer slobs. Might learn something.

Ahhh but has anyone explained the 'Spooky Action at a distance" where when you actually look through your scope, the bullet jumps from a superposition of MOA and MIL trajectories to the observed measurement?
Reactions: carbonbased
Show hidden low quality content
You must log in or register to reply here.
Share:
Facebook Twitter WhatsApp Email Share Link
Top Bottom