Griffin Armament is proud to present you with the latest QD piston system, EZ-LOK™! We've put together a comparison video for you that goes over the Griffin CAM-LOK® system vs the new EZ-LOK™ system vs tradition piston attachment systems. 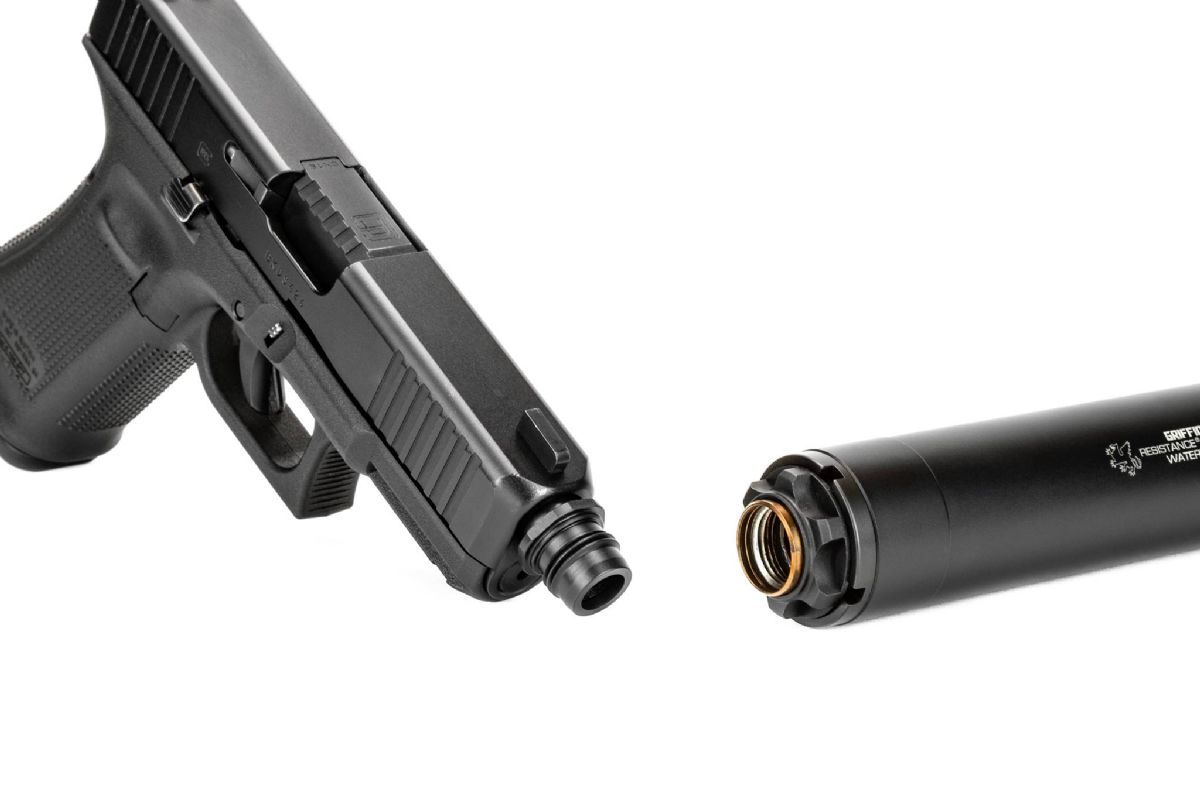 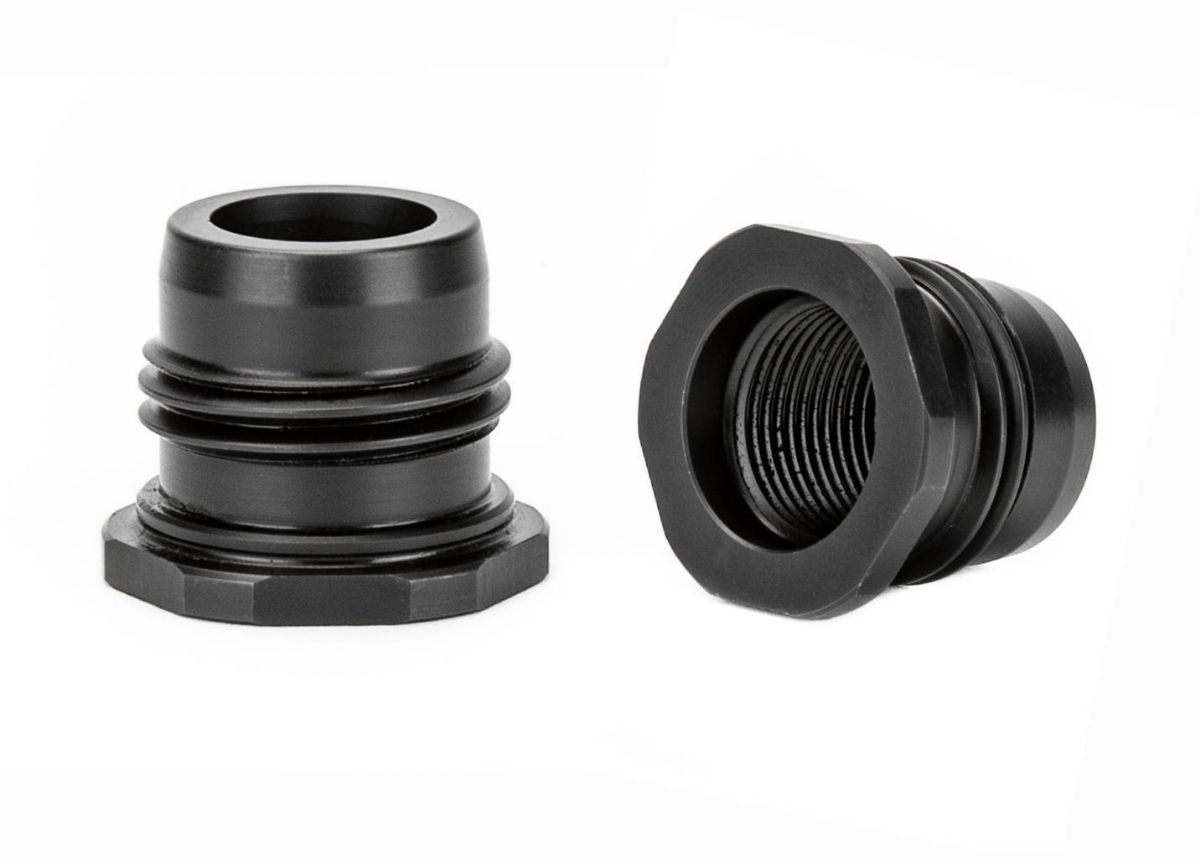 Direct thread single-piece pistons have several negative attributes. They do not accept tools and are hand tightened to the host firearm. As a result of hand installation, they loosen when the piston system reciprocates under slide cycling during the firing sequence. This vibration and inadvertent loosening of pistol silencers require end-users to constantly check tighten pistol silencers. This periodically causes legacy direct thread piston users to have "bad range days" with unforeseen baffle strikes and end cap strikes. These unfortunate events cause logistically burdensome work for consumers to communicate with service departments, ship products back and forth, and sometimes assume charges for repair for these issues. No longer do users need to worry about their pistol suppressors loosening during use (as with traditional fixed direct thread pistons).

The EZ-LOK™ system supports a 3/4" socket wrench for installation with prevailing torque and features a sealing alignment taper, which encourages secure attachment, despite the piston still actuating fore and aft during the firing sequence. The female portion of the system (piston, direct thread adapter, or silencer interface) can be attached/detached in one single mounting orientation, simplifying the system to something anyone who can screw in a lightbulb can immediately grasp. Additionally, the manufacturing accuracy of the interface is held to Griffin Armament's high quality standards for squareness, and concentricity, ensuring that each mounting position has similar and minimal POI shift influence. To support this, the mating pistons have all mating diameters and interfacing geometry qualified in a single operation, for tool quality accuracy and perfection. A similar manufacturing theory was applied to the barrel adapter for maximum alignment accuracy.

When using EZ-LOK™ for tilt barrel applications, end-users benefit from being able to attach their silencer to various adapter interfaced host firearms, without having to disassemble the suppressor and change the piston to a different thread pitch. The EZ-LOK™ pistons are "universal"; accommodating any pistol mounted with an EZ-LOK™ barrel adapter. Additionally, end-users with different brand suppressors supported by the EZ-LOK™ piston family, will be able to benefit from the interchangeability of EZ-LOK™ barrel adapters between piston models.

EZ-LOK™ can also be used on fixed barrel applications using the EZ-LOK™ barrel adapter in conjunction with either a Direct Thread to EZ-LOK® Universal Adapter or one of the EZ-LOK® Silencer Mount Interface options.

I was very frustrated with my Obsidian 45 walking off loose on my Glock after a few rounds. My first day out, I had an end-cap strike as a result. I tried teflon tape and it worked for about one mag. Quite frankly, I was stunned that this was not being addressed in the industry.

I purchased your CAM-LOK system and WOW! You guys instantly became my heroes. I can go to the range and pump many mags through, banging steel with no worries about my can loosening. Thanks for innovating this long overdue solution!
Last edited: Jan 23, 2022
Reactions: BigBlastin300win and Lunchbox27

I am definitely going to be purchasing this for my pistol cans.
Reactions: Max

We recommend Cam-Lok be check tightened every two fifteen round mags. I appreciate your feedback though the system works better than this conservative recommendation, and EZ Lok is the more secure of the two systems albeit a little slower.
Reactions: Clayman
Show hidden low quality content
You must log in or register to reply here.