Another Picture Thread - All Other Semi-Autos 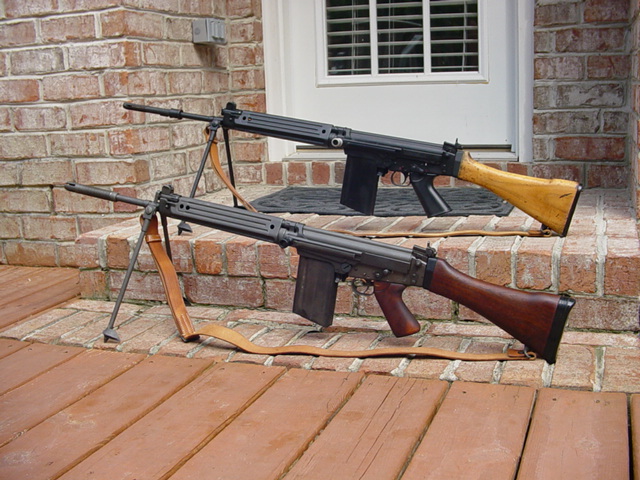 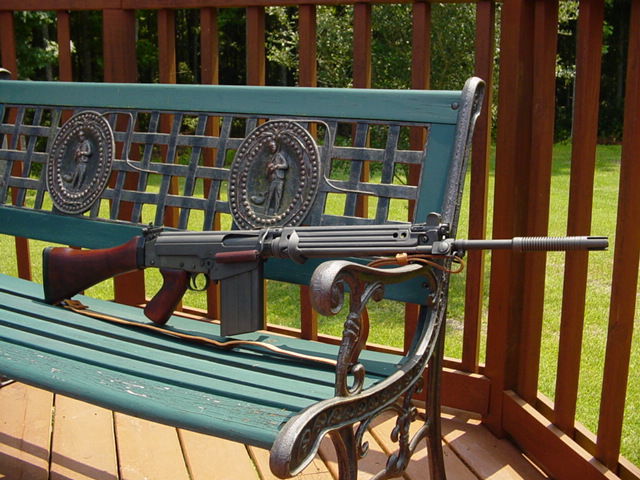 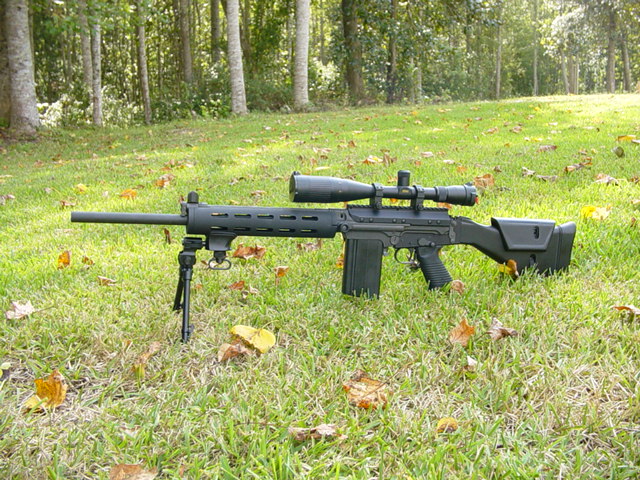 My AR9 pistol I pieced together back before they were cool
This is my favorit gun to shoot!

MDRX. It appears DT has worked out some of the bugs from the Gen1, though I've got less than 1000 rounds though it. 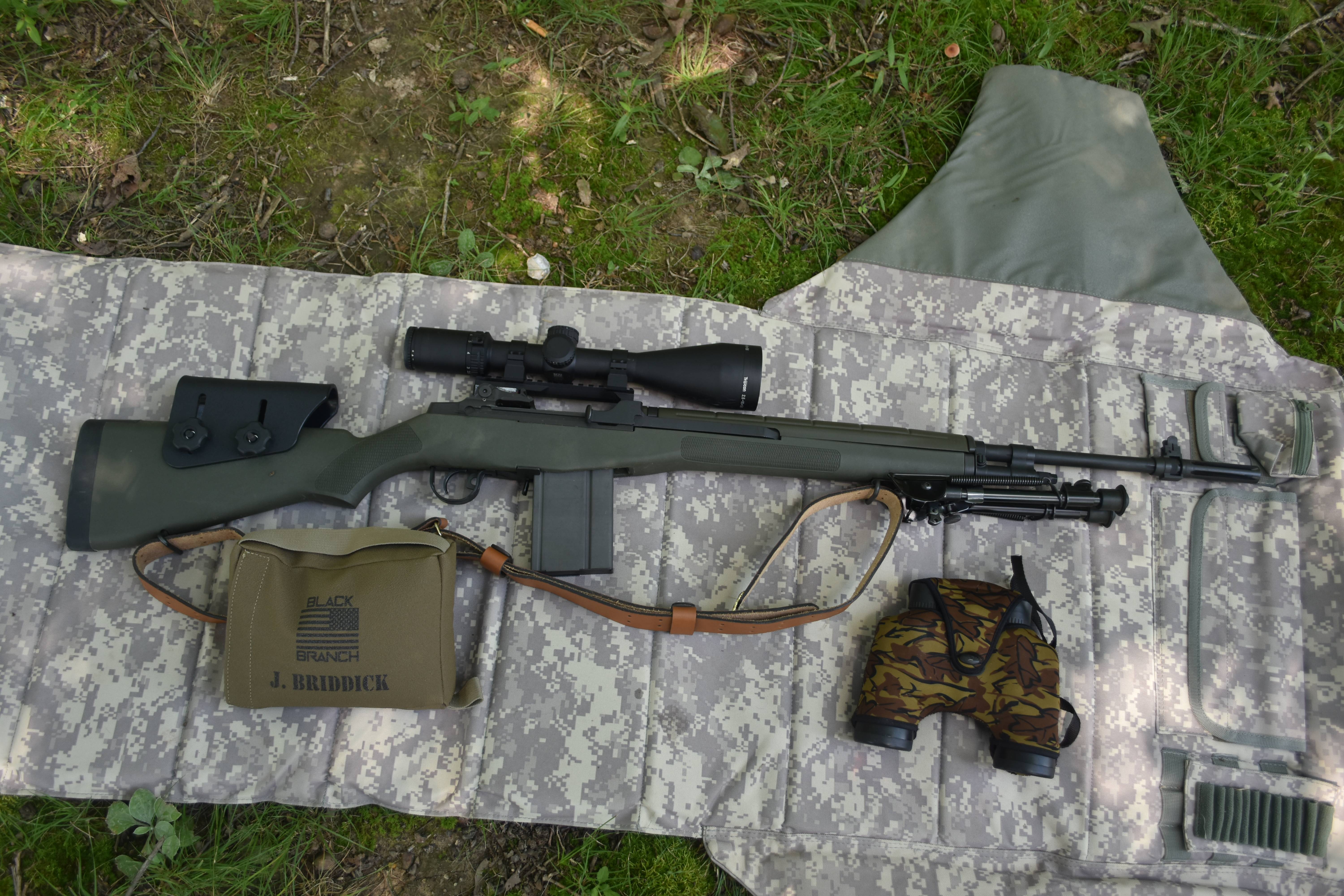 New toy I just bought for one of my babies.

Thanks.
Curly is really enjoying it.
He hasn't put anything down range yet but he has spent some time behind it getting use to it and really likes it.

I don't ever remember it being this clean...

Reactions: Sapper524, Longshot231, WaywardSon and 2 others

wareagle700 said:
Here's my "other than AR-15" rifle. Not a precision gun by any means but it eats good. 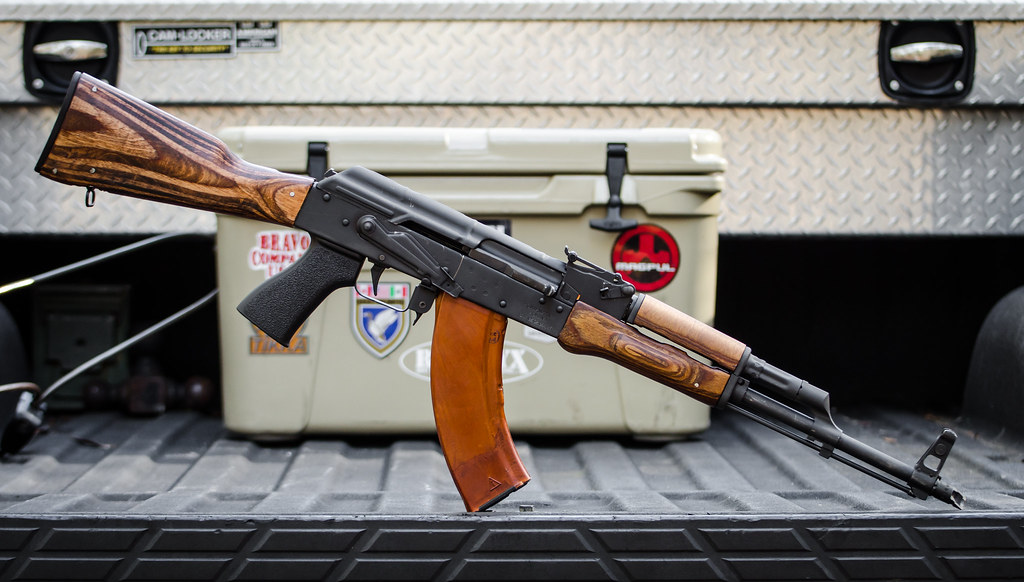 Something tells me I want an AK now. Awesome rifle man. The black rifle is a PWS MK111 PRO upper. Very soft shooting long stroke piston upper with a 3 position gas block. The SCAR is the newest addition to my FN collection. This will be my first night vision setup.

I've got some Swiss folding stock adapters on order. This with a GearHead Works Mod 2 brace would be hard to beat!

I have a Yugo RPK that I have never fired. It is a pre-ban that was waiting to be cleared when the ban went into effect. I have never fired it. When the Yugos was stripped of it's pre-banned parts all parts were stored by serial number. I was charged an additional $75.00 by Mitchell Arms to get my original parts for my Yugo.

I just mounted my OSS HX-QD 762 Ti Suppressor on my Yugo. It has been cleaned and oiled so hopefully I will have it on the range within a week or two and put some rounds through it for the first time. 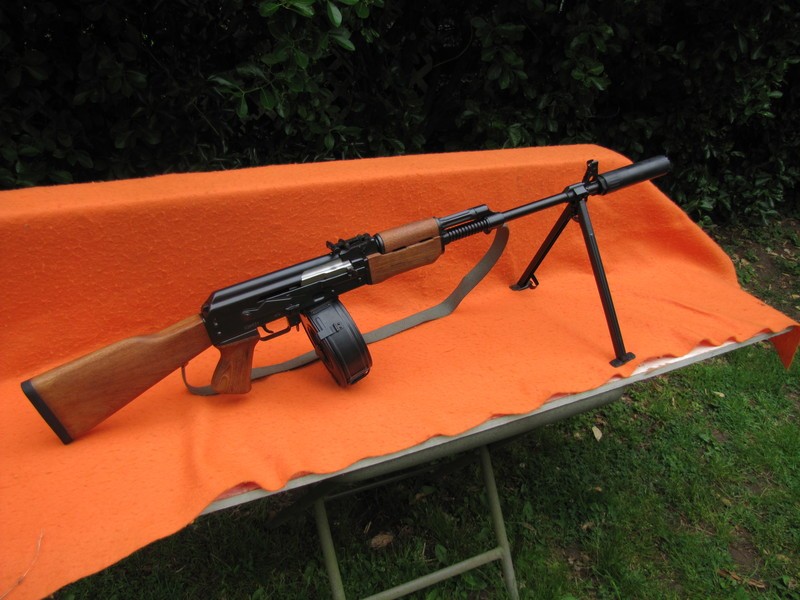 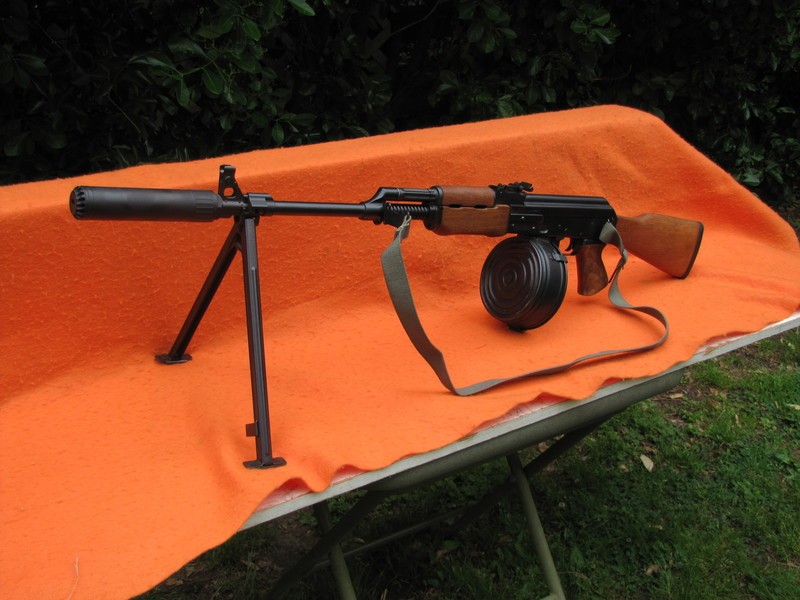 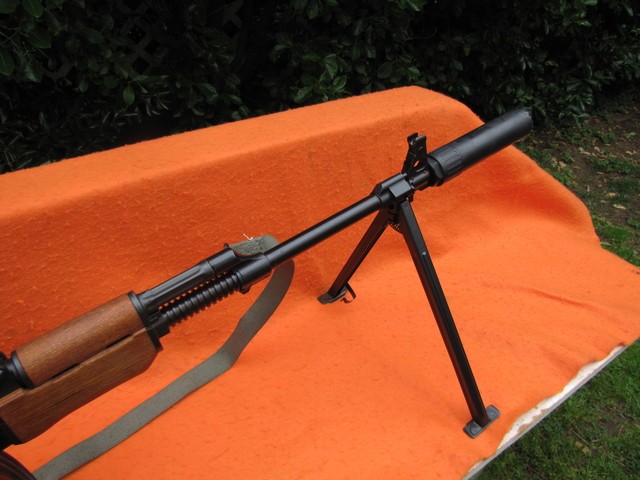 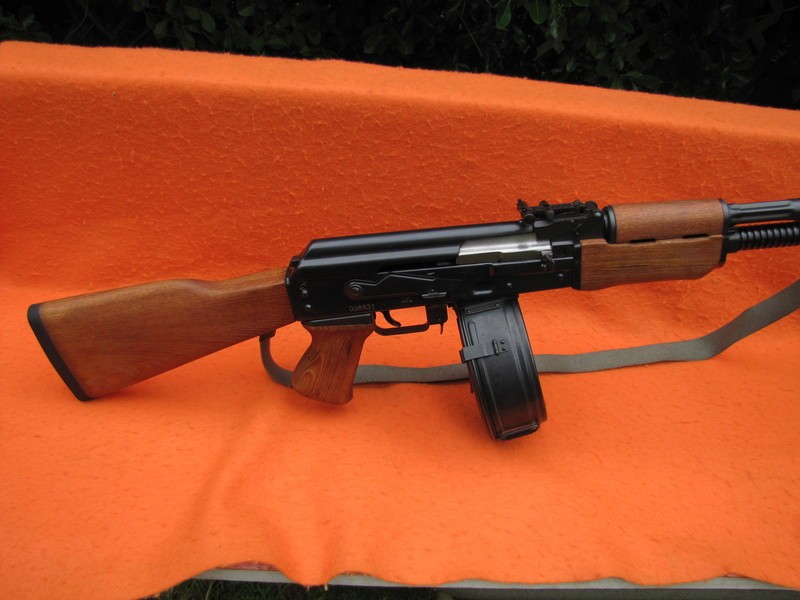 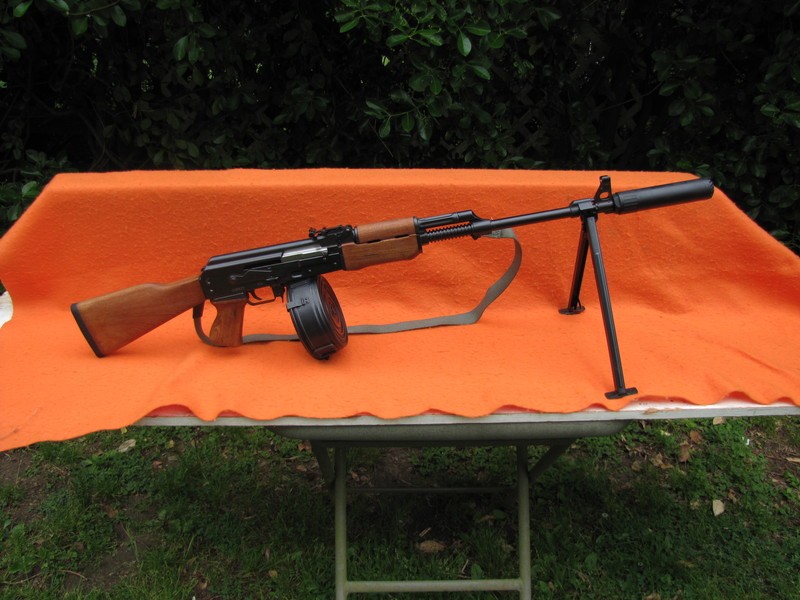 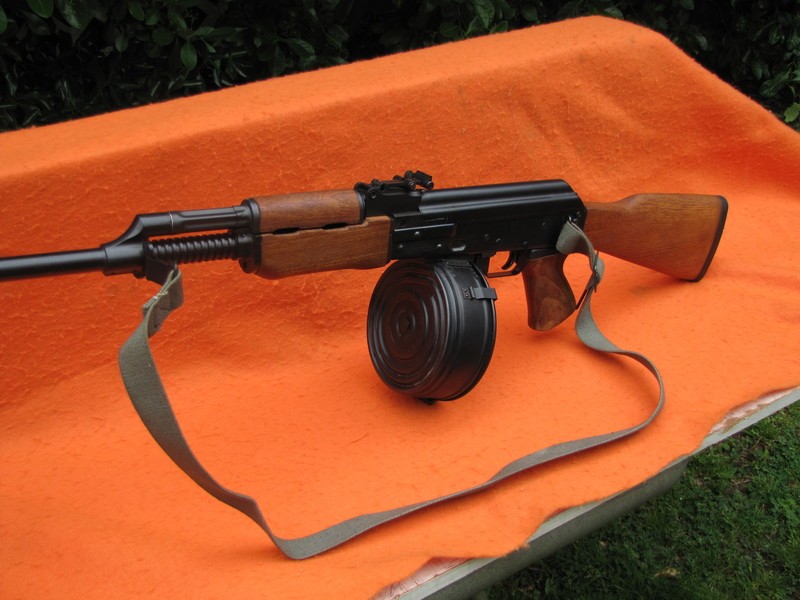 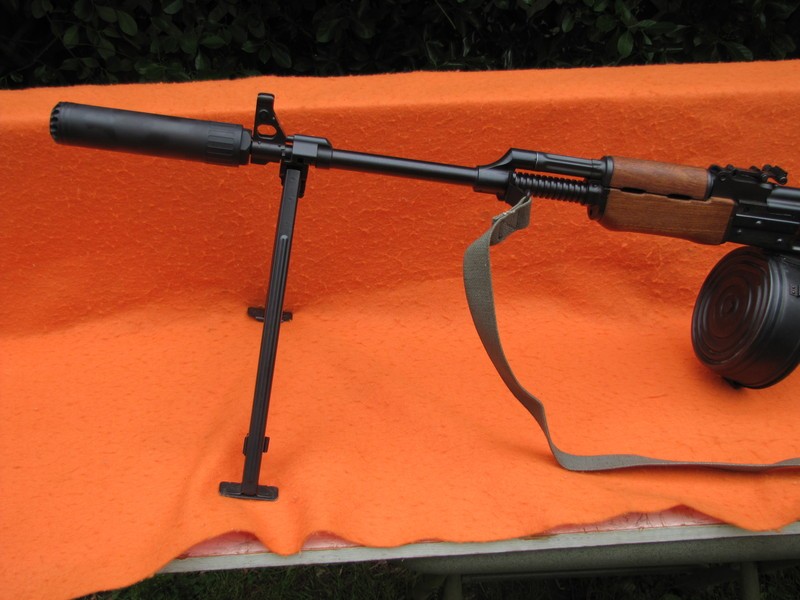 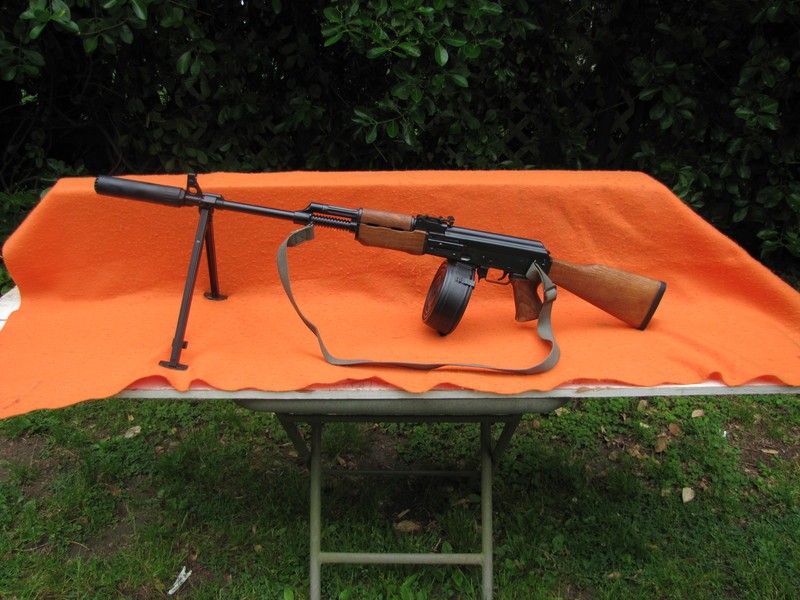 Do you consider the TA44 a red dot replacement? Highly considering picking one up some time in a year or so. Awaiting a TA31 ACSS to ship currently.

Do you consider the TA44 a red dot replacement? Highly considering picking one up some time in a year or so. Awaiting a TA31 ACSS to ship currently.
Click to expand...

Yes the glass is really clear and no distortion like a true red dot. I really like it as it is small and lightweight. Mine is just the red dot with circle they didn’t have the ACSS reticle. It was on clearance and for what I am going to use it for I didn’t really need the ACSS but if they would of had one I would have considered it.
Reactions: PBWalsh

How do you like the HK93? Hows it shoot? Is the barrel free floating on those?
H 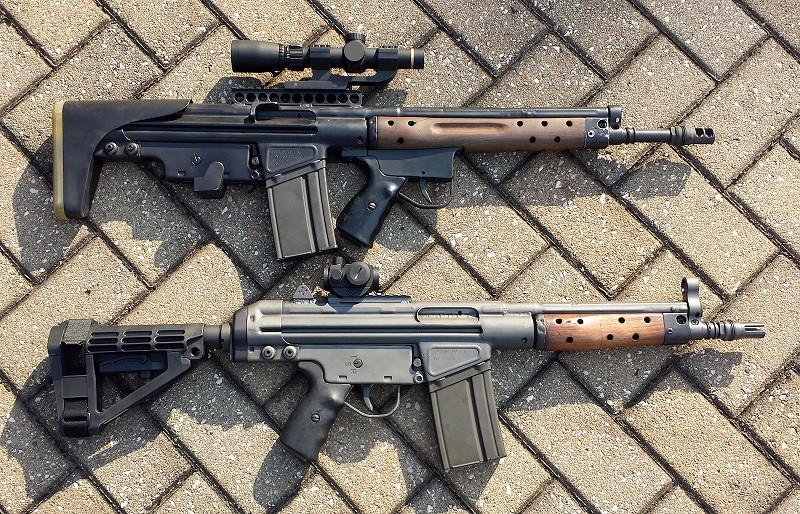 Forgetful Coyote said:
How do you like the HK93? Hows it shoot? Is the barrel free floating on those?
Click to expand...

The barrel doesn’t touch much of anything, some consider the barrel a free floater, not sure if it qualifies as one or not ? Not much contact except at the trunion
Both the 93 & 91 are awesome shooters. Feeds and ejects almost anything I’ve run through both. Both are really kind of heavy , wouldn’t want to hump either for very long.
Last edited: Jul 15, 2020
Reactions: Forgetful Coyote

My Member is Full.

This is one I did from Genesis. Got their 80% lower and matching upper with a MI hand guard. Blue printed everything, Ballistic Advantage 6.5 CM stainless barrel with a Gen3 Little Bastard, Aero BCG, Gunfighter CH, JP Silent spring & buffer, Geissele trigger, SLR low profile adjustable gas block, Magpul grip and trigger guard, A2 stock, USO LR17 on (I forget what mount). Really nice paarts, took very little to make a nice rifle. I rounded off and smoothed all the machine edges, had it hard anno'd then OD Cerakote over that. 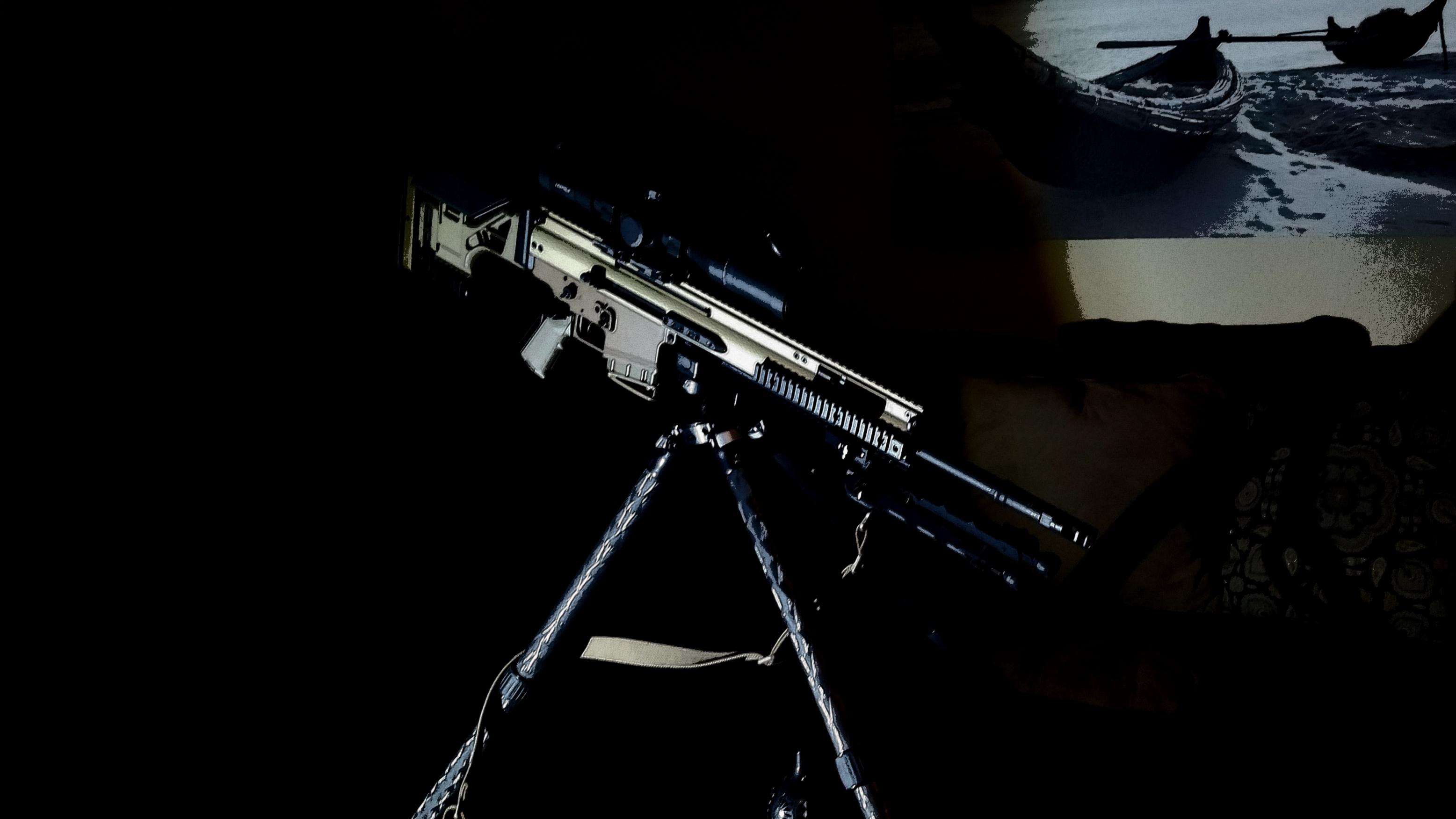 My Member is Full.

Geez Louise! Didja pull that brake out of a 457 Chevy?
Reactions: steelcomp
R

That's an awesome build, congrats! Terry is working on mine right now, can't wait to see it finished!
Click to expand...

Thanks. I saw your parts, and it should be really nice when complete. I hope my SSR will be done a month or two after yours...they should be neat builds.

Random Guy said:
Thanks. I saw your parts, and it should be really nice when complete. I hope my SSR will be done a month or two after yours...they should be neat builds.
Click to expand...

That SSR is going to be amazing!!! My tan SSR was completed a few weeks ago, grey SSR is currently in the works. Do you have a grey one completed? I'm really looking forward to having all 3 finished! These M14's are addictive and quite difficult to clone (especially with original parts)! Your tan SSR replica looks great. Nice patina on the handguard too, it looks as correct as can be.

Do you have a grey one completed? I'm really looking forward to having all 3 finished!
Click to expand...

I never acquired an early gray SSR stock, just the tan stock used on later rifles. My goal is to have 3 that are representative of the heavy-barrel profile Crane-built sniper/DMR M14s over time:

(I'm skipping over the Mk 14 Mod 0 and Mod 1 due to cost considerations, and space constraints within my gun safe).

My latest M1A/M14 addition. I sold my EBR to get back to a more traditional rifle. This one was custom built by SA, Inc on a 2006 receiver with all USGI parts. TRW bolt, TRW trigger housing, TRW op rod, and SAK '69 barrel with Israeli Defense Force marking on the top. Stock is NM type and bedded. Trigger group was NM tuned. Less than 200rds through it. Fit and finish is superb, built with the best USGI parts, and very accurate.
I usually build my own rifles but I can't take credit for this one. Haven't even shot it. Heck, I didn't even take these pics but it was a helluva deal that I couldn't pass up. The pics really don't do it justice. I may get rid of the white lettering but other than that, it's about everything I would do to a traditional M1A and very nicely done at that.

Replica of a US Army Special Forces XM25 sniper rifle circa late 1980s to early 1990s. It's a somewhat obscure platform developed at Ft. Devens, MA in the 1986-88' era, and was used primarily by the 10th Special Forces Group (SFG ), and possibly other SF units. First pic is a Navy/Crane engineer testing a suppressed XM25 in Feb 1991 at Ft. Devens. Second pic is my replica. Third picture is the unique steel Brookfield Precision Tool (BPT) 'stock liner' that was permanently bedded into a McMillan fiberglass stock. With a steel-to-steel mating surface, the XM25 liner mitigated the issue of 'bedding breakdown'. Fourth pic is SOTIC instructor Thomas E. Kapp (RIP) who helped co-developed the XM25 at Ft. Devens, along with BPT. (Source: Peter Senich, The Long-Range War, 1994).

Fwiw, it was not a US Army Program of Record and thus it was sort-of a quasi-official/quasi-roguish program. Reportedly they were first used in the invasion of Panama in 1989, and also used in Operation Desert Storm. In the early 1990s Crane was given formal responsibility to build and support all SOCOM M14-based sniper rifles, and the SF unit-made XM25/M25 sniper rifle program was canceled, with perhaps only 200 rifles made at the high-end of estimates.

Here are 3 of our HKs, one is wearing suppressor. They are all semi auto host weapons that have reg. sears in them. My HK UMP Clone is built with All HK parts and has a New HK UMP 45 acp barrel and a GemTeck UMP Suppressor mounted on it. My Polish Type 3 RPD. I had the barrel cut down to 16" and the bipod shortened. It has an adapter mounted on the side so I can use US GI M249 Nut Sacks. It also has a custom M60 Style Flash Hider. 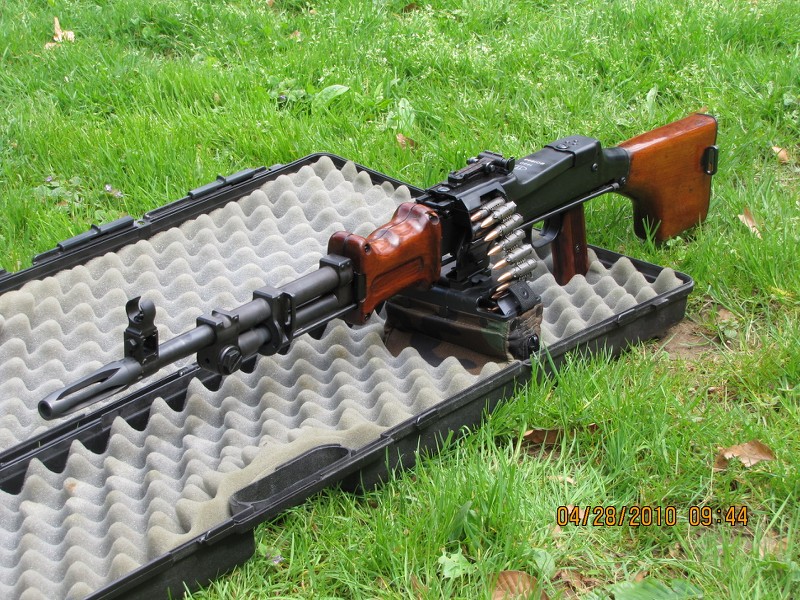